The Tower of Mangia

The Tallest Symbol of Siena

Looming 102 meters over the Piazza del Campo, the elegant, sleek tower to the Palazzo Pubblico is the third tallest in all of Italy. Built from red brick, as a symbol of its affinity to the “commoner” the tower is 87 meters tall of brick and the remaining is a white travertine, most probably to make it visually more prominent. Siena was determined to give the church and the civic authority the same “power” and reverence, so when building the tower which would eventually become the Tower of Mangia and the cathedral bell tower, there were to be of the same height as the cathedral to show that they are equal powers. In reality the bell tower of the Duomo of Siena is only 77 meters, the position of the bell tower is 10 meters higher on the hill - so when gazing upon the skyline of Siena as you are walking the via Francigena, it actually looks the same. 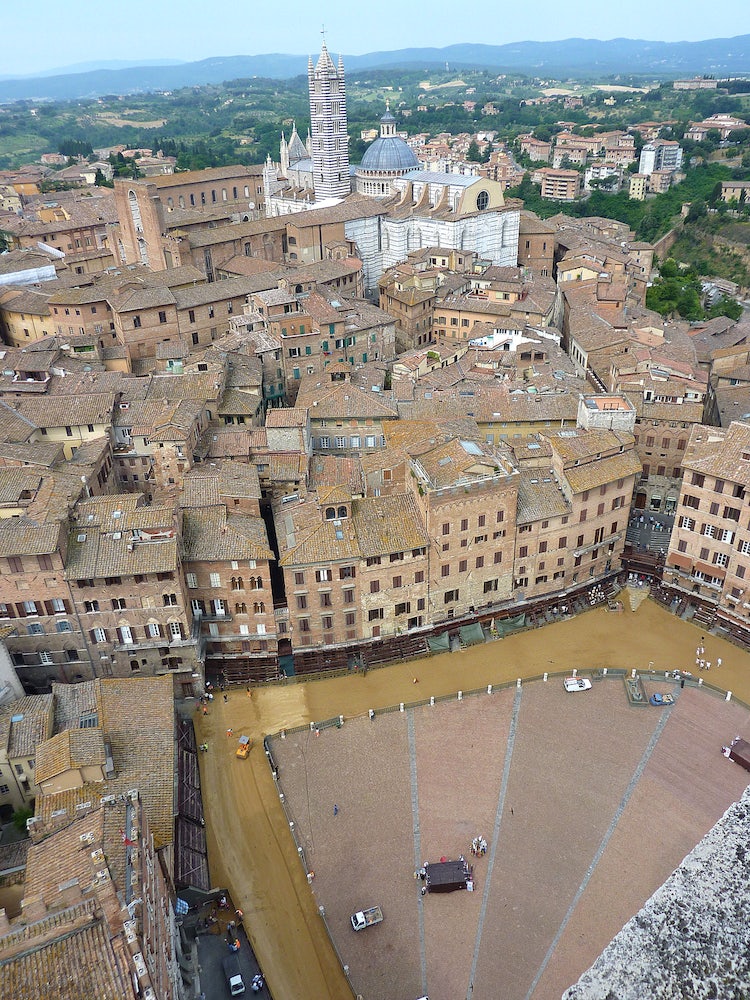 The Names Connected to the Tower

Constructed between 1325 and 1348, the architectural design of the tower is attributed to Muccio and Francesco Di Rinaldo, brothers from Perugia. The summit of the tower, in white travertine - containing the bell, was designed by another architect, possibly Lippo Memmi, noted as the brother-in-law to Simone Martini who painted the Maestà which takes up the whole north wall of the Sala del Mappamondo or Sala del Consiglio in the Palazzo Pubblico. 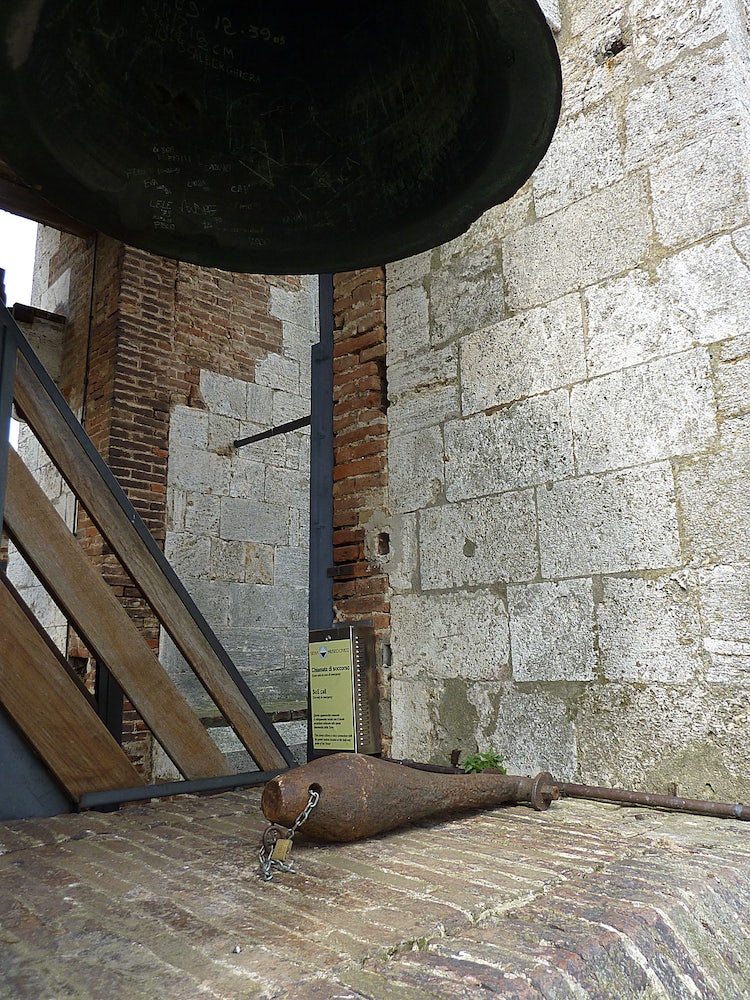 Legend tells that the tower got its name from its first bell ringer, the man who would climb the steps at the designated time (all 400 of them) and ring the bell for the town’s people. Giovanni di Balduccio, who was nicknamed Mangiaguadagni, was commissioned to ring the hours in 1347 and he has since lived on in history, giving the tower its name. Apparently, the reference mangia (coming from the Italian word mangiare, to eat) refers to his well known habit of "eating through his earnings." 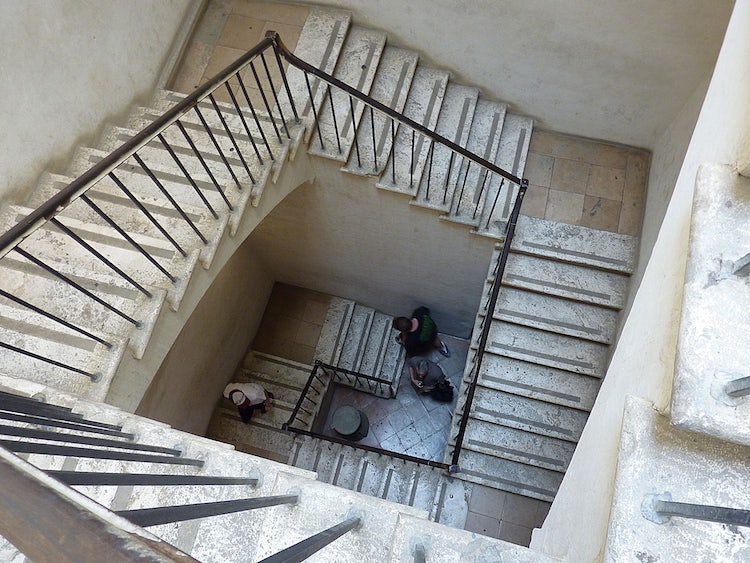 Times may vary during the Palio

Literally! There is more to see. If you are looking for some incredible panoramic views, and you are not afraid of small spaces and some very tight fits, then get your ticket and climb it all the way up to the top of the tower. The first few flights of stairs can trick you into thinking this is "no sweat"... but just wait because the fun begins as you start to climb.  The tower was not built with the idea of tourists trekking up and down - so the narrow stair ways with irregular heights can be a bit of a challenge, however there is no denying that the views are breathtaking. Take your time and peek out of the narrow openings on the way up (and catch your breath while allowing those coming down to squeeze by.)

After you have climbed to the top of the Tower head over to the Duomo of Siena and check it out from top to bottom. Start with the unique marble floors and climb the walls of the unfinished church. 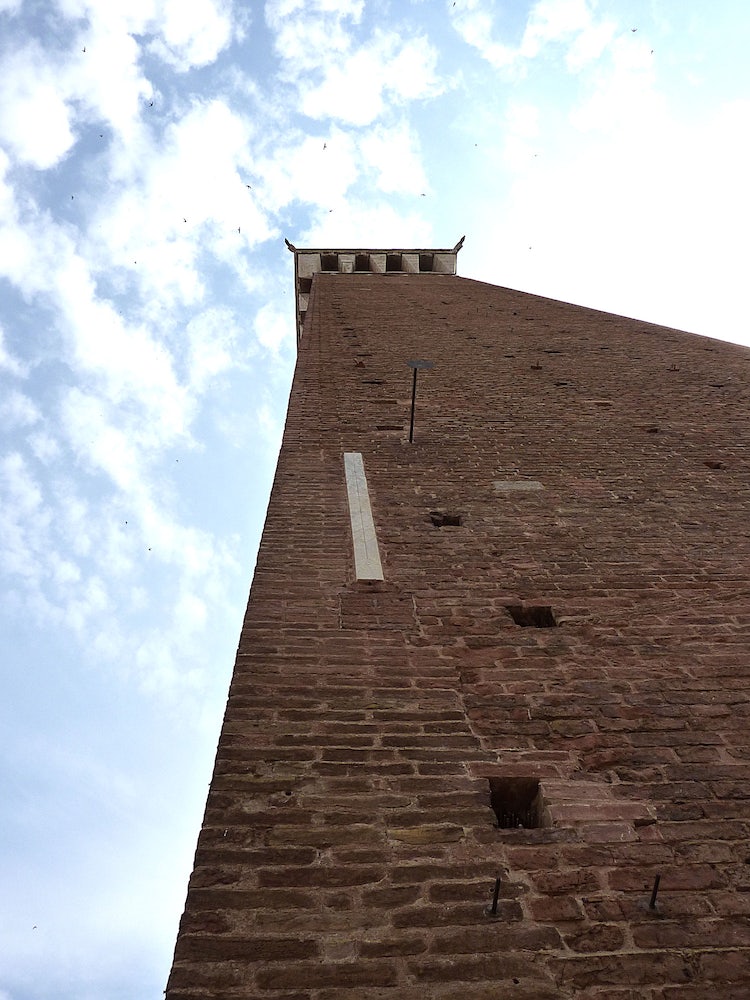 The Torre del Mangia reopened to the public on June 2, 2021.

Groups of 12 people every 45 minutes can go up.