All of the gorgeous, “divine” beauty of Siena through a 3D video show

WHERE: Piazza Jacopo della Quercia (the piazza by the side of the cathedral next to the Museo dell’Opera, with show projected onto the Facciatone and both side walls).

TICKETS: 15 euro (or 27 euro with the OPA SI Pass all-inclusive ticket, a great deal if you're in Siena for the entire day), kids under 6 free and reduced tickets for residents. Tickets can be purchased directly at the booking office inside the Museo dell'Opera before the show.

The 3D videomapping show called “Divina Bellezza – Dreaming Siena” is in its second edition this summer and promises to be even better in its completeley NEW revamped edition! We went last July to enjoy Siena in the evening, wonderful during the summer months, and experience our first 3D mapping show. We truly loved and enjoyed both!

The show is a journey through history, exploring the traditions and masterpieces of and in Siena. In particular, it ends up being an ode to the people of Siena that placed, at a time in history, the city at the center of the known, civilized world. in 2016, the entire show has been rewritten and redone!

Held once again in Piazza Jacopo della Quercia, surrounded by the marvelous setting of the new cathedral that was never completed, the show allows you to explore the centuries-long tie that binds the people of Siena, in particular their highly-developed civic sense that made the medieval city one of the most important in Europe. Siena, its people, its traditions and workshops all were part in the construction of its important civic model on which the Government of the Nine was based and which contributed to the city's wealth. A dream born in medieval times but that still lives on today through the city's artisans and their workshops, from the bakers and pastry chefs, from the jewelry masters to intarsia wood cutters, from the glass makers to the artists and sculptors. Hands and gestures keep producing and bringing into being wonderful forms.

New this summer: aside from the compltely new show, headphones this summer that will allow the public to enjoy the show in 4 languages without any superimposition. Also new is that you get to see the show seated, last year we were standing. The whole show was completely rewritten and redone, with this year having local citizens involved in production.

One of the elements we really enjoyed from last year's show was how works and art were being projected directly on the site or near where they were originally created. For example, a sequence shows you how the "facciatone" would have looked like had it been finished, directly on the unfinished wall. I hope we get to go back this summer to see the new show, hoping that this particular part of the story of Siena was reworked back in! 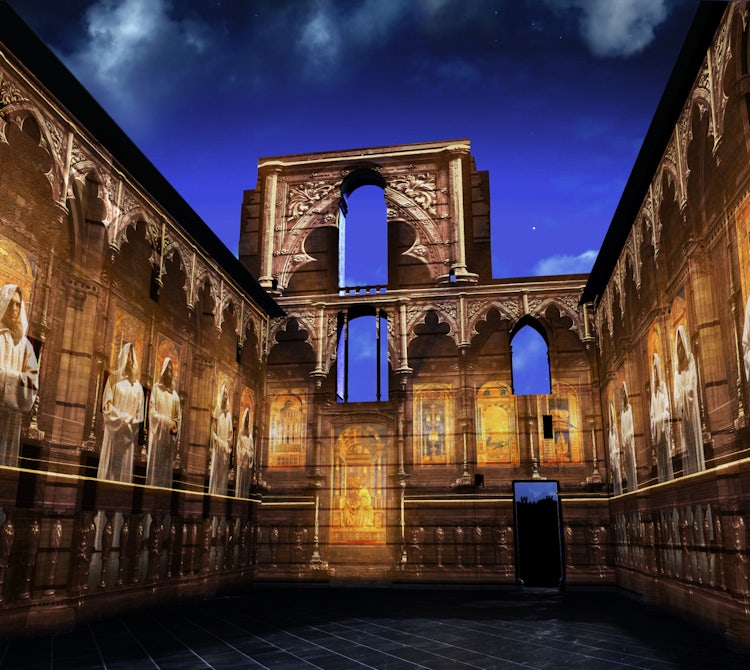 The dancers from within Lorenzetti's “Good Government” will come to life in the form of modern ballerinas, while the characters of the past talk to citizens to tie the history of the city to the present. 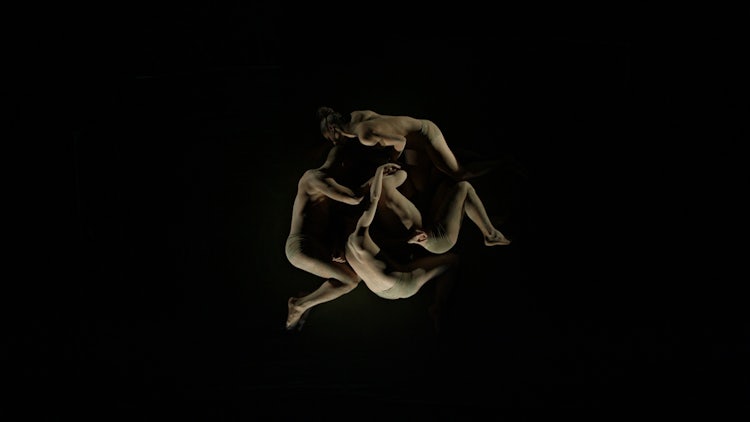 The event, which starts each evening after sundown, is a great artistic experience whose purpose is to increase the historical and cultural value of a visitor’s stay in Siena, making the visit more complete in a unique manner. The monuments will come alive, tell their own story and show their identity. A mix of visual poetry and tales created for visitors as well as locals, making it another great reason to visit Siena, particularly at night! 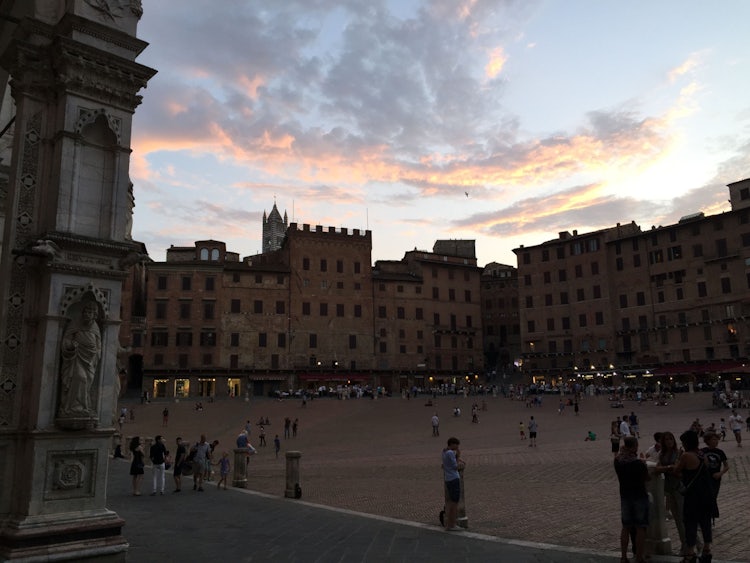 Since the shows will take place after sunset, from 9.30pm, I would also highly recommend using this as an excuse to spend the night in Siena. Siena is lovely in the evenings, which encourage leisurely dinners and then strolls through the streets colored with their Contrada flags flying. Piazza del Campo is quite magical during this period of the year, decked out for the Palio in Siena (run on July 2 and August 16), so visiting and staying in Siena will be extra special right around those dates.

More information, visit the official website for the show! 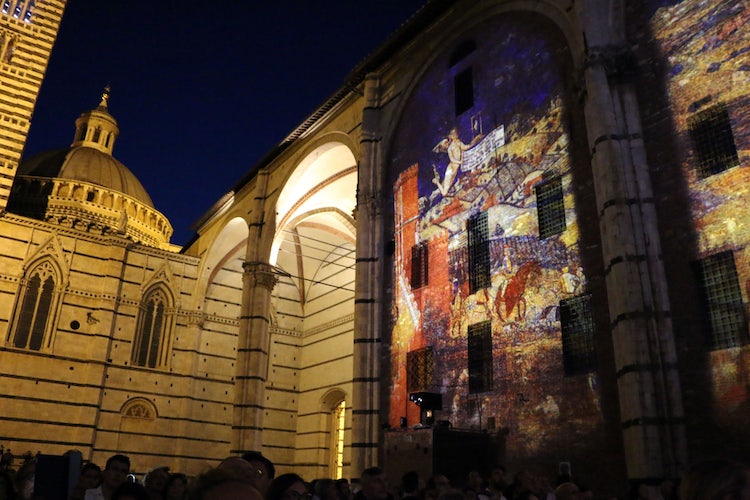