You might not even have heard of this little town located on the main road and train line between Florence and Lucca, but it has been here since before medieval times. The position is not an arbitrary location, but rather one that reflects its unique natural defensive barrier and its strategic position for those ruling families hungry for power.

The Nievole Valley is characterised by three principal zones: the first is mountainous, with some peaks reaching 1.000 metres in height, the second formed of hilly country and the third derived from an area of lakes and swamps. 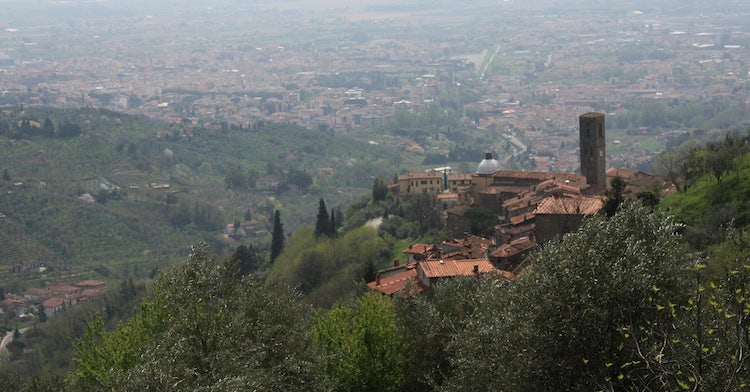 Translated, this is the valley of the river Nievole, which runs thru the eastern part of the valley. The word Nievole comes from the latin word for fog or mist, giving the area a rather magical allure, the misty valley. This and the other rivers in the valley dump into the what is one of the largest wetlands of Tuscany, also known as the Palude of Fucecchio. The marsh lands where a natural defense slowing down military forces from the times of Hannibal of Carthage, who passed through the "padule" (swamp) to the troops fighting in WWII.

Throughout history towns were built high in the hills and peaks to escape the unhealthy waters of the swamp lands below, a breeding ground for malaria, and the constant power struggle between Lucca, Florence and Pistoia. It wasn’t until the 16th century when the Medici family started to recuperate the land, did it become safer to live in the base of the valley. But by then the city of Montecatini had deep roots in the hills, seen by the massive walls, the towers and the fortress. 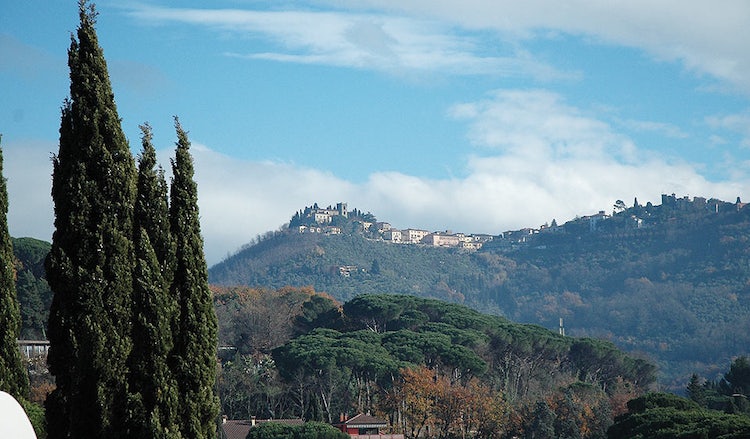 The area below the city of Montecatini was cleaned up by the Grand Duke Leopold, who built channels for the disposal of water, and all this work led to the recover of the thermal springs now know as Montecatini Terme, because they are located at the base of Montecatini, or what is often called Montecatini Alto.

When making Montecatini as your base, be sure to check exactly where - Montecatini Alto or Montecatini Terme! The two towns are connected by a bus that runs regularly every 60 minutes or you can make use of the cable car that offers a picturesque view on the ride up (and down).

How to Get to Montecatini Alto

Located almost mid point between Florence and Lucca on the Autostrada (A11), Montecatini is an easy place to find with its own dedicated exit: Montecatini Terme. This is a toll road.

Coming from Milan: You will take the Autostrada del Sole (A1) south towards Bologna and then on towards Florence. Before you get to the center of Florence, you will take the deviation for A11 and exit at Montecatini Terme.

For those coming from (or going BACK) to Milan and want to visit CINQUE TERRE, then you will take A7 towards Genoa, La Spezia, Viareggio and then pick up the A11 towards Florence. There is an alternative route using the A1, and then at Parma head towards the coast and La Spezia. From here Viareggio and then exit Montecatini Terme.

Arriving from Rome: Autostrada del Sole north towards Florence (A1), you will pass Florence and take the toll road Firenze Mare (A11) towards Lucca/Pisa, exit at Montecatini Terme.

Arriving by car or arriving with the train takes practically the same amount of time. However there are no direct trains to Montecatini - either Terme or Alto.

Arrivng from Milan, you will need to take a fast train to Florence and then from here change for a regional train to Lucca, where you can get off at Montecatini Terme.

The same if you are coming from Rome, first a fast train to Florence then a connecting regional train towards Lucca, which will stop in Montecatini.

Just a few pointers of what to look for as you stroll the sreets of Montecatini Alto.

History tells us that at one time there were gates all along the walls, with a “porta” or door corresponding for each one of roads that entered into the castle. Today many of these roads bear the name of the door or gate. Some of the 25 towers have remained, built into more modern structures such as the main square, S. Maria a Ripa's convent or the bell tower of the church and the fortress. 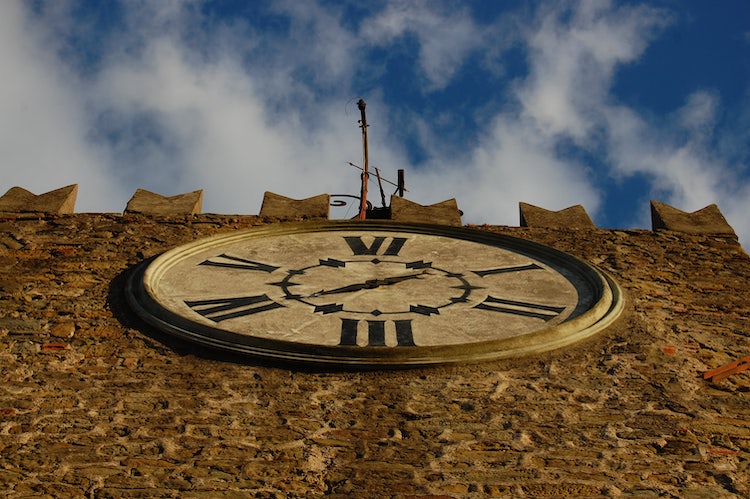 The Fortress of the Ancient Castle

This pentagonal shape with its sloped walls and tower dates from the XIV century, when Montecatini was under the Florentine influence. However, this was built on a dwell that dates as far back as the XII century, including several towers.

The second fortress, the Carmel, appears to date back to the late XII century and was built as a surveillance post looking over towards Pistoia and the southern part of Valdinievole. When the church and nearby convent were built, the walls and gates of the castle were destroyed, however there is a tower with a clock that still prevails. 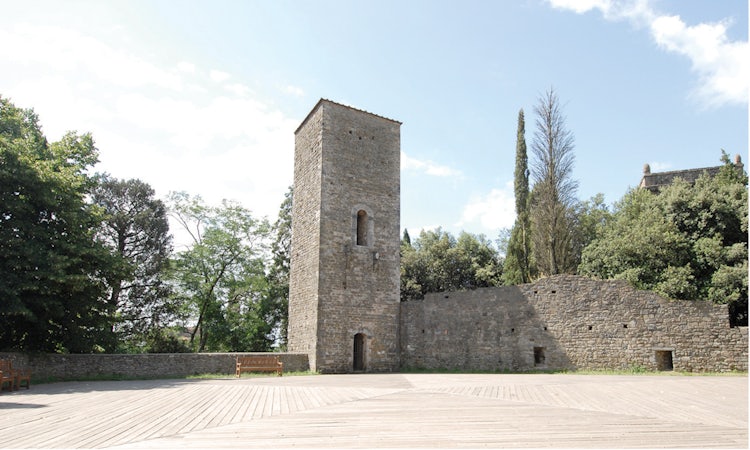 This church, with all of its successive modifications, dates back to the XI century. What we see today is a result of the intervention of Antonio Zannoni in the second half of the XVIII century. Next door you will find a Museum which contains several precious artifacts, artwork and more for the area and church.

The Church and convent of Santa Maria a Ripa can be found near the one remaining gate to the city, Porta di Borgo.  The name Ripa comes from the fact that this zone was once known as Ripa.  The church dates back to the 1100's and the convent was built in a later period by a group of women from Montecatini who joined the Order of St. Augustine.

This church, also known as the Carmel church, was built in 1296, and is situated next door to the Castelnuovo fortress. The Carmel church, as well as St. Peter's, underwent many changes and the latest in 1764 left it with a baroque look.

It has been over 24 years since I took my first steps in Italy and I still haven’t found a good reason to leave.  Between the food, the culture, the history, the art, the landscapes … did I mention the food? I have become a lifelong student. And I soon learned that Italians all have stories that long to be told; stories that paint a picture of how hard work produces character, how life is made of ups and downs and how good it feels to laugh.

Explore Montecatini Alto and its medieval...