The story of Montecatini Terme is closely tied to the castle and fortress that towers above in the town of Montecatini Alto, but it does have many particular traits that distinguish it from other small Tuscan towns. Not the least of which are the special waters that flow into the many spas.

Positioned between the walled city of Lucca and the art mecca of Florence, an itinerary stop at Montecatini Terme offers a reprieve from touring the Tuscan countryside, vineyards and monuments and provides a well earned bit of relax in a luxurious atmosphere.

It was during the end of the 1800's that the Tuscan town of Montecatini Terme became an important international center for the "Belle Epoque", visited by artists, musicians & composers and the "rich & famous" from all over (Giuseppe Verdi, Giacomo Puccini, & Richard Strauss, just to name a few) though, this area was well known even during the Roman times for its special waters.

A tumultuous past includes bloody battles, contested borders and the final act of destruction with Cosimo dei Medici nel 1554, who practically razed the town to the ground. However, this was an area with strong traditions and ties to the land, and they slowly rebuilt the towns and an active economic base. 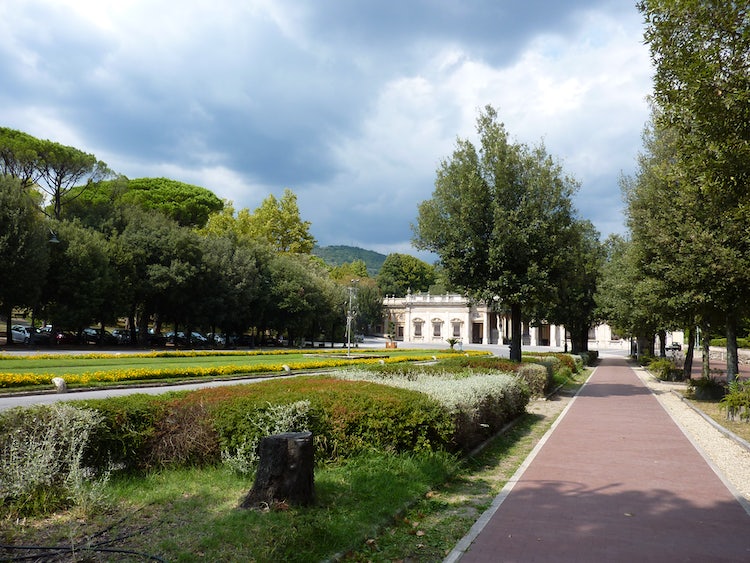 Once known as the “baths” of Montecatini, it was prevalently characterized by the marshy grounds which formed a natural barrier protecting the castle and fortification in Montecatini Alto. It wasn’t until the land reclamation started by the Medici family that it began to transform into an area which could capitalize on the naturally warm, and some even claimed “healing”, waters that seep through the Earth's crust. In 1477 we have documents of the first “organized spa”, even though we know that the healing power of the waters were known and documented as early as the 1200’s. Later, in the late 1700’s, under Granduca Pietro Leopoldo di Lorena, we find the construction of “ lo Stradone de' Bagni” (literally: the big road with spas) which is now via Verdi, and the location of many beautiful pools.

Water Flows through the Heart of Montecatini Terme

Today’s architecture and monuments are mainly tributes to water, which is the life of the city. You will find numerous water fountains from the early 1900’s up until today, paying homage to the visceral experience and sound of the water. In addition to these flights of fancy, you will be treated to a visual display of modern buildings and spaces which embraced the canons of Liberty and Art Nouveau architecture. 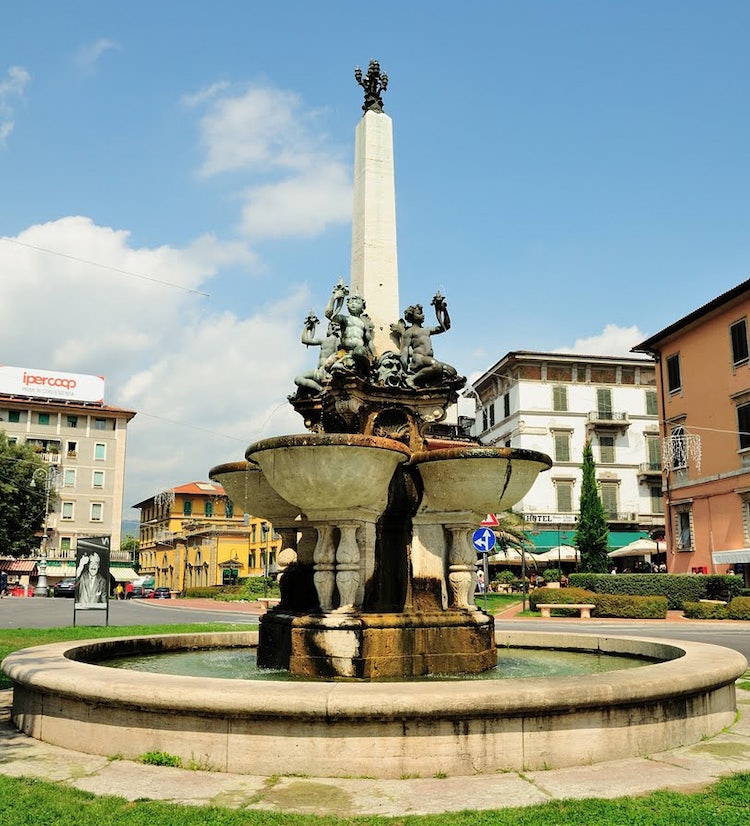 The monumental fountain by the sculpture from Pistoia, Antonio Guidotti, was erected in 1913 in a square long used for markets and fairs. Built of travertine and bronze, it is filled with streams of water gushing forth from horns held by “putti” riding dolphins. The water pours into four basins which then overflow into a large tub.

This whimsical fountain from 1925 by the Florentine sculptor Raffaello Romanelli, is a well known symbol of Montecatini placed in front of the Queen pavilion. The original heron was stolen, and the fountain has long since been moved indoors for its own protection.

The heron and the frog allegory represents the rebirth: the territory of Montecatini that, from swamps and unhealthy, due to reclamation by the Grand Duke of Tuscany Pietro Leopoldo of Lorraine became pretty town and a source of healing waters. 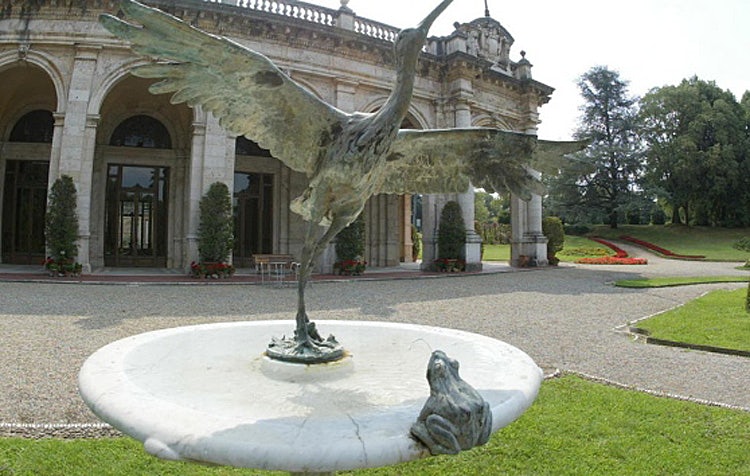 This contemporary fountain date in the 1930’s, and is located in the square in front of the railway station. The architect and expert in the epoch Angiolo Mazzoni, has a modern touch which spans two wars and several advances in design. 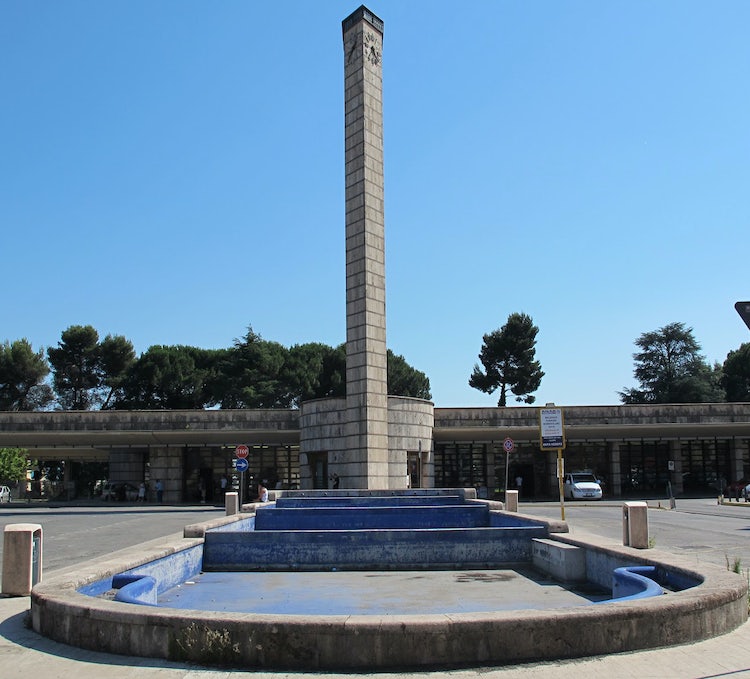 Duetto d'Acqua the Fountain of Shingu

Mixing sight with sound, this fountain sits a little over three meters high and produces beautiful musical effects. The Japanese artist Susumo Shingu created a mobile sculpture that has water falling from into two parts and running inside of the tubes producing lyrical sounds. 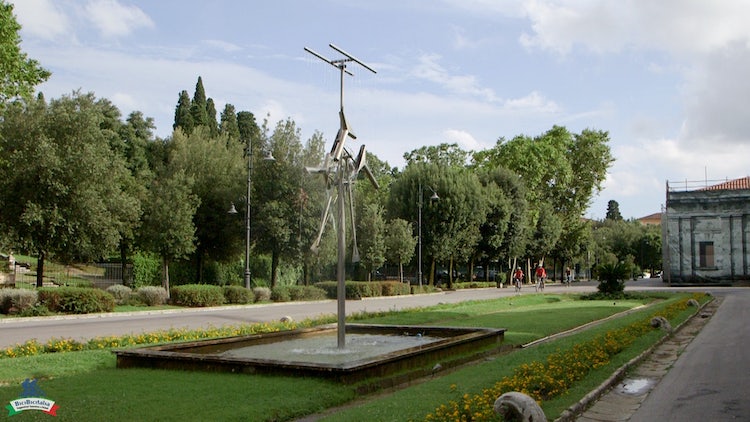 The structure, built in the 1970’s — exhibited by the artist at the Guggenheim in New York — is formed by steel cylinders moved by the force of the water that flows in, producing, like the previous fountain, sound effects.

We have already had occasion to speak of the art of the early twentieth century of Montecatini, especially the Art Nouveau style, but the spa town preserves many other buildings which arise in different periods of the twentieth century, they deserve a mention for their artistic and architectural value or purely historical.

Palazzina Regia a sober building which was the summer residence of the Medici family.

War Memorial in the Royal Park, opposite to the Town Hall: it is a fine work of Giuseppe Petroni. 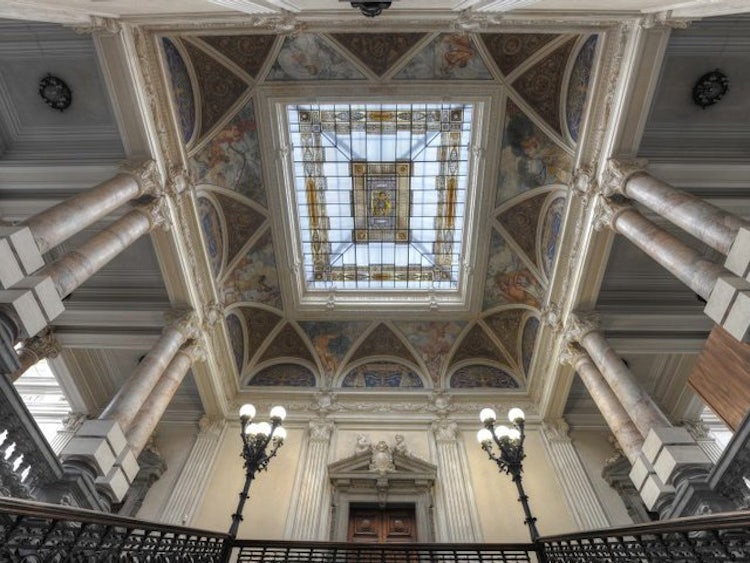 Town Hall is located on the right side of Viale Verdi: it was built between 1913 and 1919, in the place where there were the Grand-Ducal stables, to provide the city with a proper civic representative and appropriate to the size and role the city was taking.

Padiglione dei Sali (Pavilion of salts) is at the entrance of the Verdi theatre; it was a former kiosk for the sale of salts in the early twentieth century, now home to several businesses. 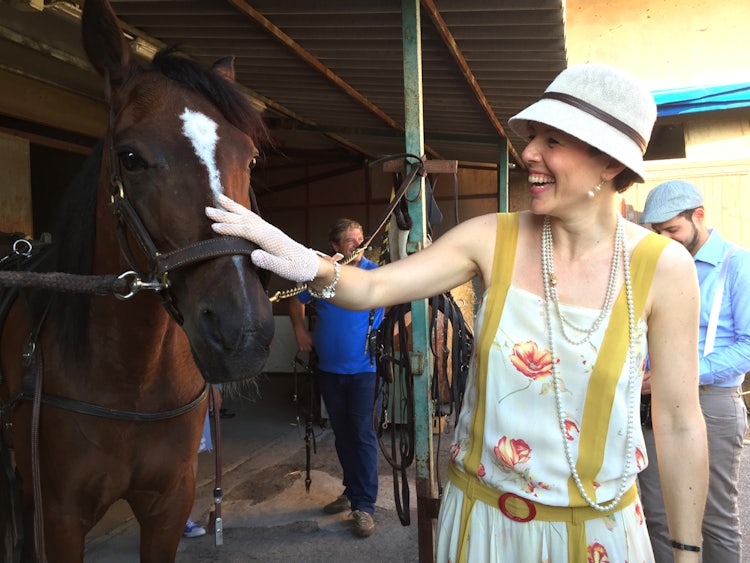 Ippodromo Sesana was built in 1916 by Baron Giuseppe Patrone, thus over a 100 years old! It has been said that “the races, the horses, (and) the history of horseracing are an integral part of Montecatini”. Recently restored for its 100 year anniversary, this race track has a new life. Named after Giuseppe Sesana, who later became the sole owner in 1934; he brought many improvements to the racing establishment making it a point of reference in Italian horseracing.

Read here for the Calendar 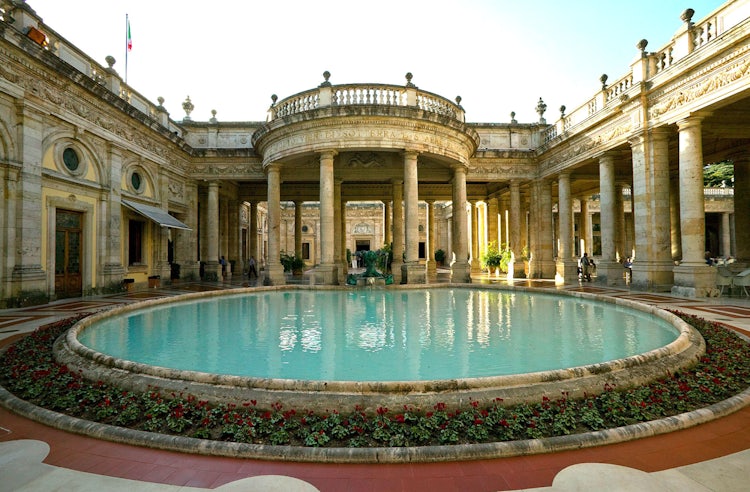 It is not possible to talk about Montecatini and not mention the waters in the spas; this crystal clear liquid is especially noted for the liver and the digestive system. In addition the mineral water cure is appropriate for a “wide range of liver disturbances, difficulties with liver, stomach, intestines and kidneys.” With up to 10 historical structures, you can tour the architecture of Montecatini admiring stately spas in a contemporary style.

Terme Tettuccio building is perhaps one of the most famous, if not the most photographed thermal spa in Montecatini. Built between 1779-81, the establishment was restructured in 1928 and is characterized an impressive garden with Lebanon cedars, palms, sequoias, acacias, laurels, wisteria, pine trees, lime trees and adorned by colonnades, grandstands, exedras, fountains and large flower beds bordered by box hedges. Noteworthy is the colored glass panels which illuminate the front entrance and the bronze pool. Salone Portoghesi with in the Terme was designed and built between 1987 and 1989 by the Roman architect Paolo Portoghesi, from which it takes its name, is an interesting and beautiful interpretation of the Art Nouveau style that has given so much in aesthetic appeal to Montecatini at the beginning of the twentieth century.

Learn More about the Spa Services

Explore Montecatini Alto and its medieval...