Pontremoli: First Stop on the Via Francigena

For Kings, Monks, Saints & Pilgrims, this was the only key & door to Tuscany

Contested since its origin, this little town has been split between the regions of Parma, Liguria and Tuscany so many times that it has acquired a personality, dialect and charm that is quite unique, taking pieces from all three and making them their own. Set on a strip of land between the two converging waterways, the river Magra and Verde, this little town has been burned to the ground, destroyed and conquered only to rise time and time again.

It was in a singular position, which opened roads not only east-west but also north-south, with a continuous parade of pilgrims searching for the Holy Land and Rome. 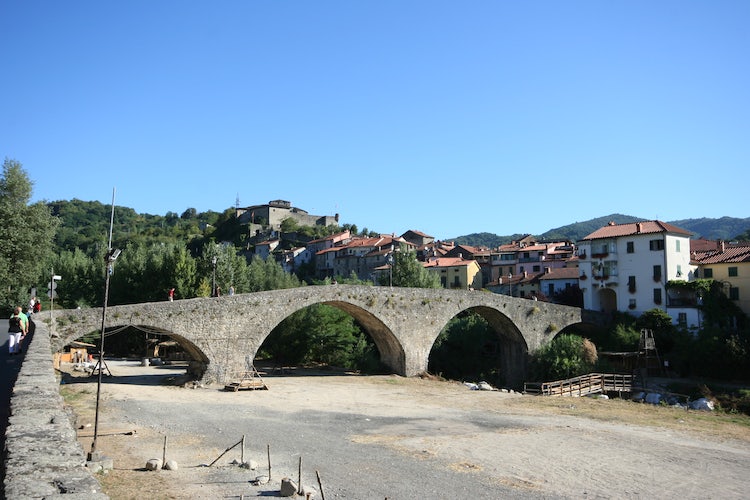 This was one of the obligatory stops along the Via Francigena. The town was mentioned by Sigerico, archbischop of Canterbury, in 990 A.D. while traveling to Rome from England. Though there are several theories on the subject, it appears the town may get its name from the phrase "Ponte tremulus", because of a bridge with a shaky constitution that spanned the river Magra, a bridge that already existed when Henry VI reigned around the year 1165.

The town has born witness to many important persons throughout history including Matilde Di Canossa (Maltida of Tuscany), emperor Henry V, Frederick I -the Holy Roman Emperor and also known as Frederick Barbarossa, Dante, Charles VIII, the Granduke of Tuscany, the troops of Napoleon, even though it was an extremely important point of resistance during the war.

And during all this time, it has slowly grown in size and maintained both its role as a point of reference within the valley for religious pilgrimages and  its personality as a lively and fiercely independent town. 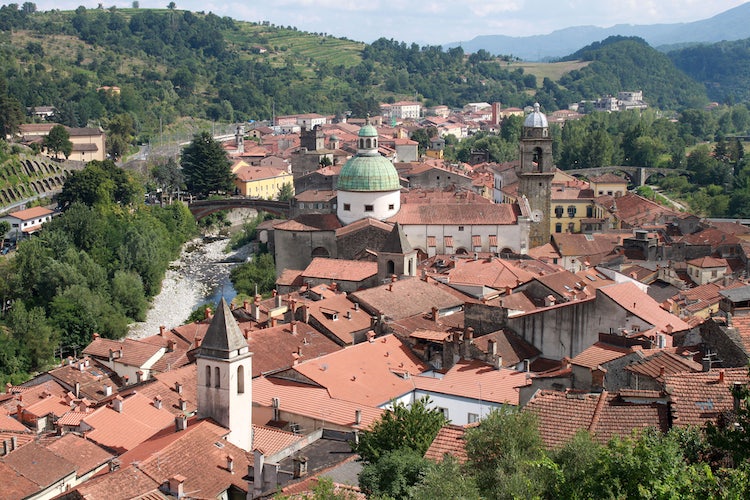 Spanning the river Verde with four stone arches, this was one of the principal entrances into the city when coming from the direction of Piacenza. Originally built of wood, this bridge dates back to the 1300’s, however over the course of the years, it was many times rebuilt due to continuous damage by floods and sieges.

The entrance and bridge were defended by the Tower Seratti, more commonly known as ”Torre del Casotto” which literally means the "tower of the really big house." The bridge opens up to the west at the point where the Verde and Magra rivers meet, allowing for communication with the coast and like its sister bridge above it was originally built in the 1300’s of wood and has since been rebuilt several times due to the flooding of the Verde River. 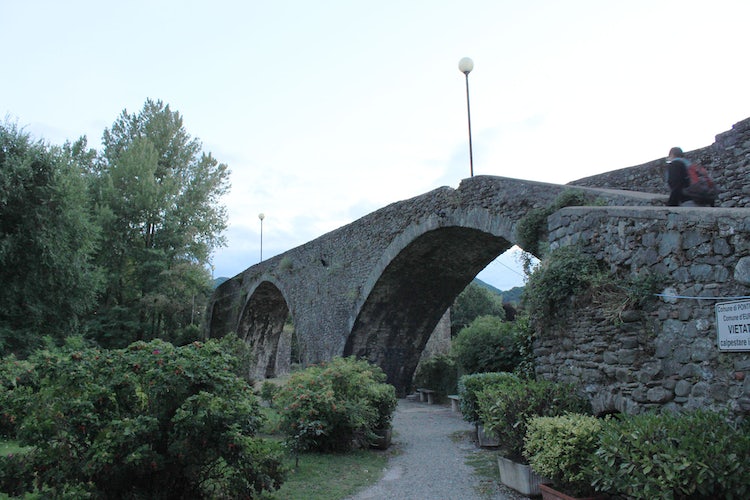 Boasting an impressive white facade, the cathedral is a relatively modern building in comparison to the city itself. This church was built in appreciation of the “Santa Maria” who saved the town from the plague in the 1600’s. The church is rich in the Baroque style with many gold colored decorations inside and the internal layout is that of a Latin cross. 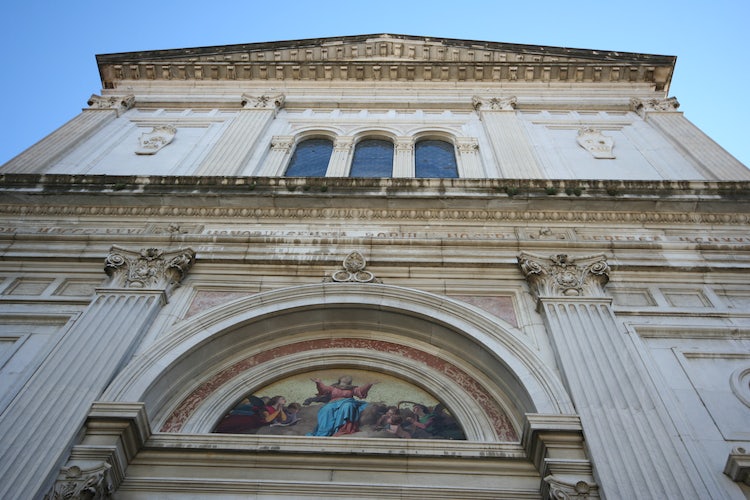 Also known as the “Campanone”

Not even the furthest most corners of Tuscany were excluded from the infernal battle between the Guelfs and Ghibellines. This massive tower built in 1322 was intended to keep guard over the two warring factions in the small town of Pontremoli. The tower, aptly named “looking for a fight”, is located between the Square of the Cathedral and the Square of the Repubblica. 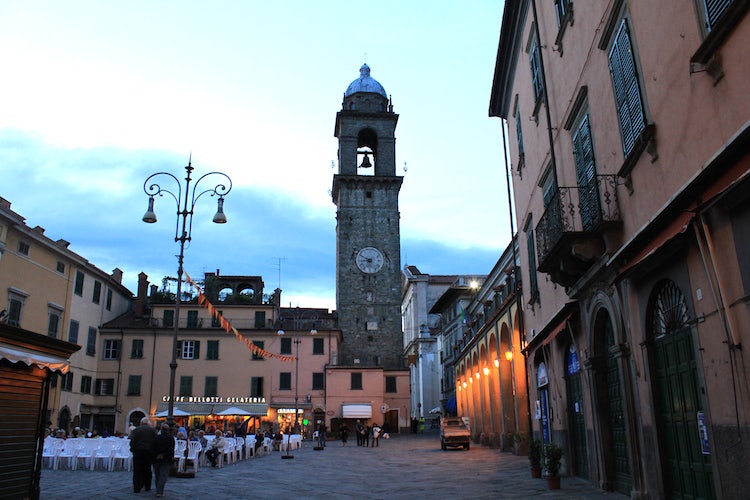 Named after the slate extracted from the mountains which was used for the construction of the local buildings and the castle itself, it looms in a prime location for guarding not only the city but also the roads and communication routes, making it a strategic stronghold for those looking to control the valley. Most probably the original structure was a tower from the mid X century, it was destroyed and rebuilt several times over the years.

The locals will tell you, all the roads lead to the castle, so enjoy walking criss-cross style in the little alleys and streets up to the fortification. Inside the castle, you'll find the following museum.

The Museum of Stele Statues

The Castle, besides promising a panoramic view of the city and the mountains that surround the town and valley, is also home to the stele statues which represent one of the oldest and more mysterious aspects of the territory. Inside, in an elegant and very suggestive setting you will find the one dimensional sculptures depicting men and women.  They represent important artifacts of prehistoric times for the area. These statues are part of a wider phenomenon in Europe, though they are characterized with stylistic personalizations specifically found only in the Lunigiana area. 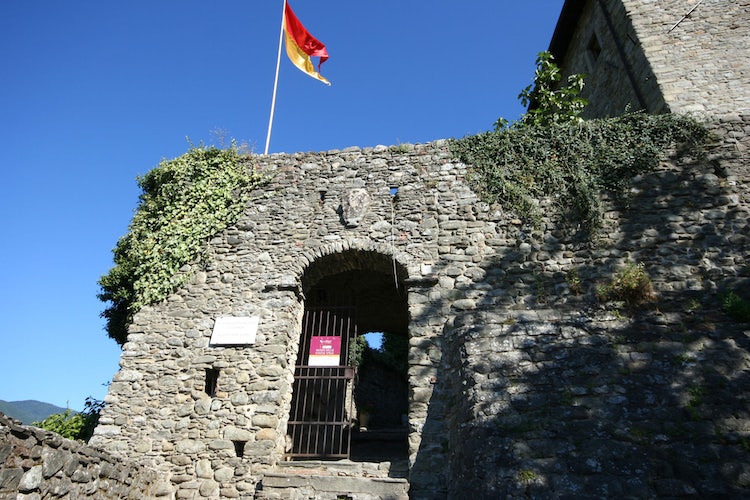 The Church of San Pietro 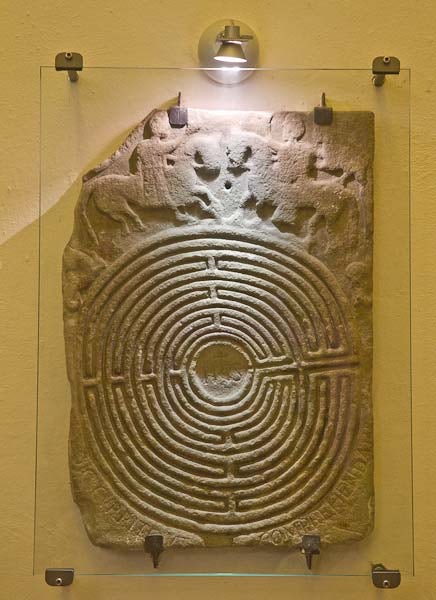 Labyrinth of the Via Francigena

Located outside of the historic center at Via A. Malaspina, you will find the church that hosts one of the principal symbols of the via Francigena: a slab of stone with a precious carving of a maze (labyrinth) made of eleven circles. The modern architecture of the church is a result of the continuous bombings (99) that the area suffered during WWII. The church was completely rebuilt and it now displays this symbol of "traveling towards God". It is metaphor of the difficulties that one will have on the path of life, just like the perils of traveling the via Francigena.

The beauty of the area lends itself to exploring the natural beauty, the numerous trails and forests. In fact, a visit to Pontremoli and the area of Lunigiana, is great all season long - featuring activities both in the summer and in the winter.  Here are two events not to miss while visiting Pontremoli

Medievalis at the end of August: this event commemorates the arrival of Federico II (1226) who stopped in the town of Pontremoli awarding them the nomination of "free city." Underneath the Ponte della Cresa, the townspeople recreate the atmosphere of a medieval town with all its activities including antique handcrafts and stone carving, people in dress from the time period, food and games. A great opportunity to learn how to use a bow and arrow or fencing, just like they used to do in the 1200's.

On the 17th & 31st of January, you'll get to experience one of the more exciting traditions of the town, where the two competing "rioni" (a town is divided into districts and each area is called a "rioni" in Italian) stage a bonfire in honor of San Geminiano. Underneath the imposing arches of Ponte della Cesa, a huge tower of wood is built and lit for the patron saint of Pontremoli. The winner is the rioni that presents not only the highest flames but also the most beautiful fire, an event that encompasses all ages from all over the area. 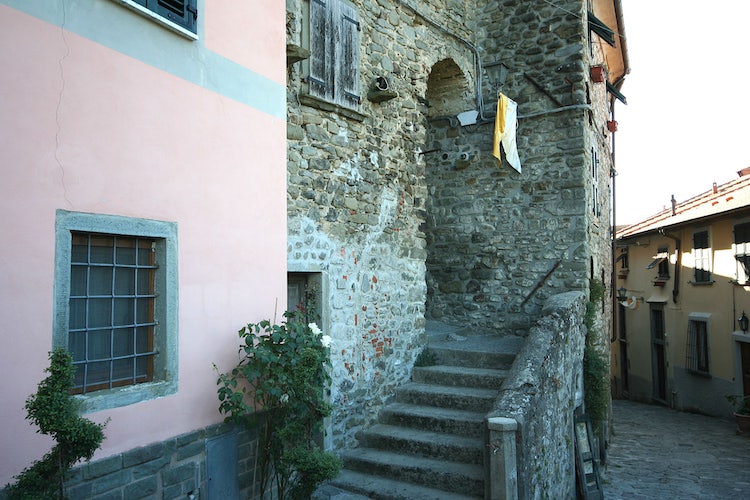 The area lends itself to exploring on your own, with the vast number of castles in the foothills, the natural beauty in the mountains and the very "un-touristy" atmosphere with many restaurants, cafes and shops dedicated to the locals. Though located in an isolated, northern corner of Tuscany, the roads are in excellent condition and you will frequently find signs and indications for discovering the local history and wonders. Below are really just two of the many highlights you can search out while in the area of Pontremoli.

In the canyon of Stretti di Giaredo, the Gordana river flows, with its walls over 50 meters tall and about 500 meters long.  Here you will find sandstone, gneiss and granite as well as green and red jasper (which was used in the construction of the churches in Pontremoli.) The gorge is home to 5 crystal clear pools that invite you to explore on a warm to hot summer’s day. Be sure to always check with the tourist board as to the safety of the gorge, because this area is prone to flash floods. 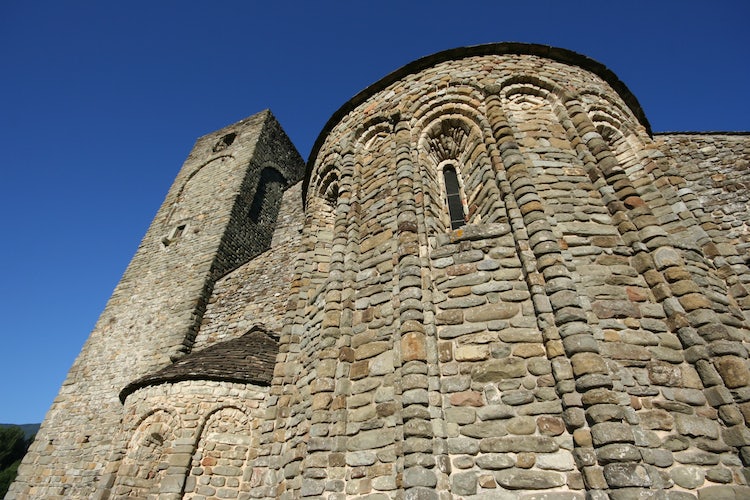 The findings of stele in and near the present construction of the ”Pieve” (the Italian word for parish church) are a clear testament to the importance this area held for pagan and Christian activities. This zone was most probably sacred for the Ligurian Apuani and their prehistoric peoples, the Romans, Longobardi, maybe even Charles the Great and the Byzantines and now the church is considered one of the more picturesque and important stops along the via Francigena.

Newly restored after years of abandon and neglect, the church with the “crooked eye” is a beautiful monument of the area's architectural elegance and simplicity.  PS: the crooked eye refers to the rose-like window over the front door and though it is not symmetric with the door, it appears that it keeps perfect time with the rising and setting of the sun in the different seasons.

How to get here

If you are coming in by car from the direction of Lucca or Pisa or even the Ligurian coast, follow the Autostrada A12 to the Pontremoli exit. 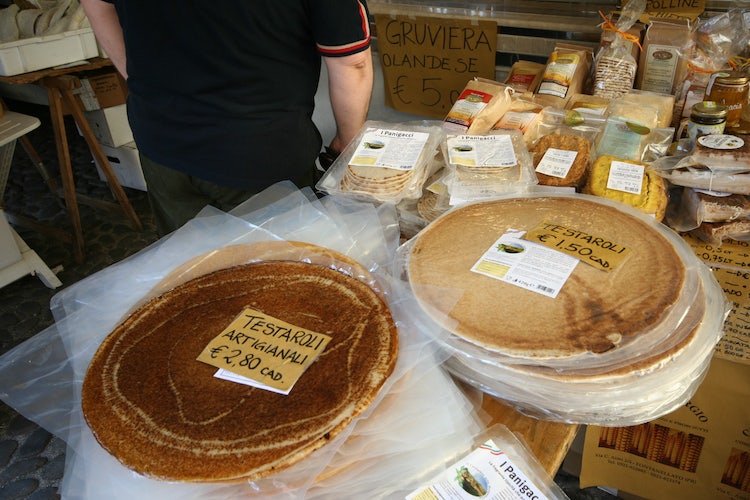 From the train station to the Castle is about a 15 - 20 minute walk... that is if you don’t stop by one of the little restaurants to try a plate of their famous testaroli, a pancake-like pasta normally served with pesto. Or...you could stop at one of the local cafes and taste the famous “Amour” pastry made of two wafer like cookies and filled with a cream filling (secret recipe...but of course!)

There are several paid parking options, I personally appreciated the covered parking near Ponte della Cresa, for less than 50cents an hour,  it left me in a great place to enter and explore the city. 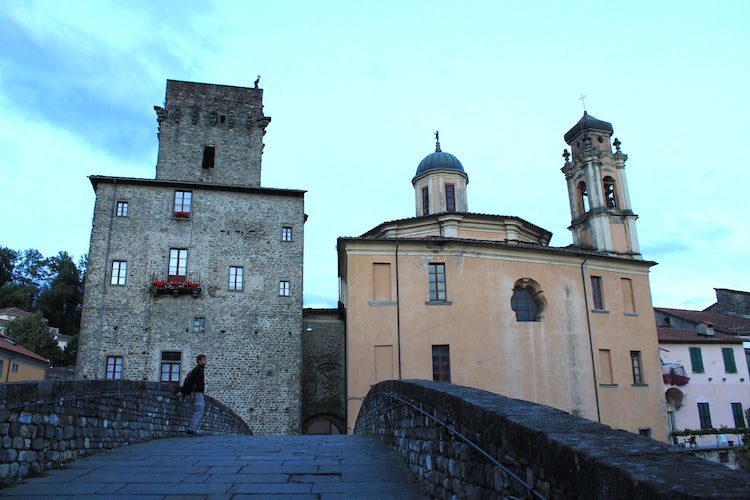 Essential information about small towns in...