Via Francigena: A Road Map

15 Pieces of Tuscany to Hike

There never was an “official” road map that the pilgrims bought and followed as the made their way south to the the Terra Santa or to pray at the tomb of St. Peter and Paul in Rome. The Via Francigena was an uncodified path that gathered the walkers as they funneled into Italy from all over Europe. It was a conglomerate of many roads merging together for safety, convenience and hospitality.

It wasn’t until the discovery at the British Library in the 1980’s by Italian researchers of the travel journal by abbot Sigerico, named Bishop of Canterbury in 990, that it was possible to actually trace a very real route. Sigerico wrote of 80 stops between Rome and Canterbury: 587 miles in Italy and 15 stops in the region of Tuscany.

Curious to follow these ancient footsteps? Get yourself a Pilgrim passport and then choose how you want to go: walk, bike, horseback and in some case drive your car along the various tracks. These trails propose a unique and special way to admire the ever changing scenery, the tranquility and the antique structures, churches, and mansione left behind.

Below we have broken down the pieces, with a few comments of what to expect. Enjoy your adventure! 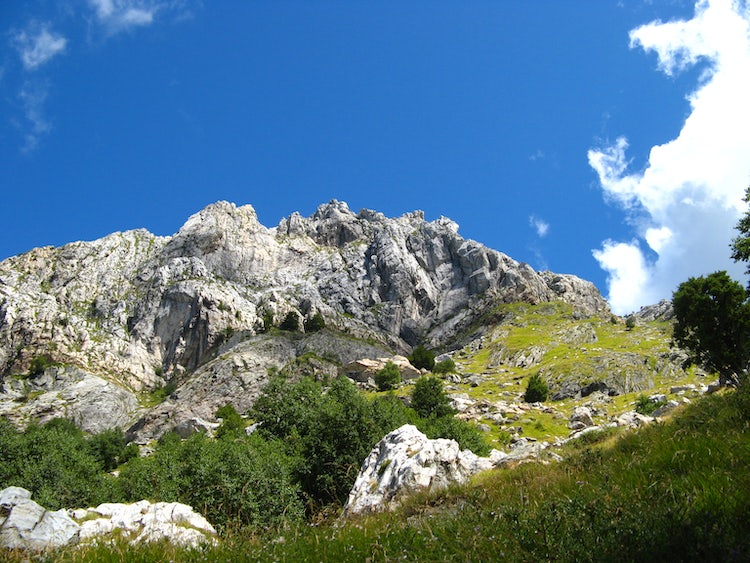 Approximately 19 km and averaging about 5 hours to walk it. Due to a steep decline, this track is considered to be rather difficult. The path passes thru several towns and landscapes which have maintained their medieval charm. Particularly noteworthy is the Labyrinth at the end of the trail in the town of Pontremoli, the very same one that has been a symbol for the via Francigena over the years.

Approximately 33 km and averaging about 8 hours to walk it. You are cautioned about a bit of road traffic at the very end. Definitely the Pieve of Sorano, is one of the highlights of this track and the vision of the Castello di Malaspina. 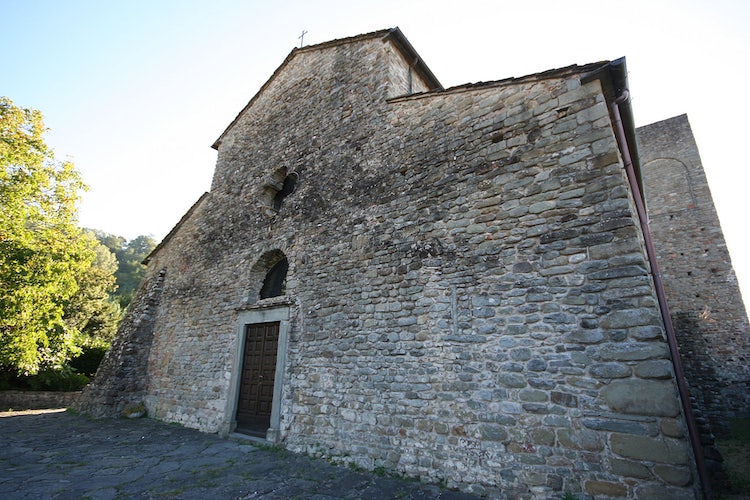 Approximately 33 km and averaging about 8 hours by foot. Though the second half of the trail levels out to easy walking, the first half has quite a few dislevels classifying it as rather difficult. Travelling through the towns, fortresses and castles of the Lunigiana this piece of the trail even gives you a glimpse of the ocean and Tuscan coast.

Approximately 28 km and averaging 6 ½ hours. Be prepared to be dazzled by the stark contrast between the views of the awe inspiring Apuane mountains with their frosty white tips, the ocean below and the local agriculture including vineyards and olive groves. You will pass through the famous town of Massa, known for its quality marble and end in Pietrasanta - well known for its artistic community.

It is approximately 32 km and requires a minimum of 7 ½ hours of hiking. Passing thru the hills and forests near Camoire, the trail follows the hills down into the valley to enter into the city of Lucca by the ancient city gate: San Donato. 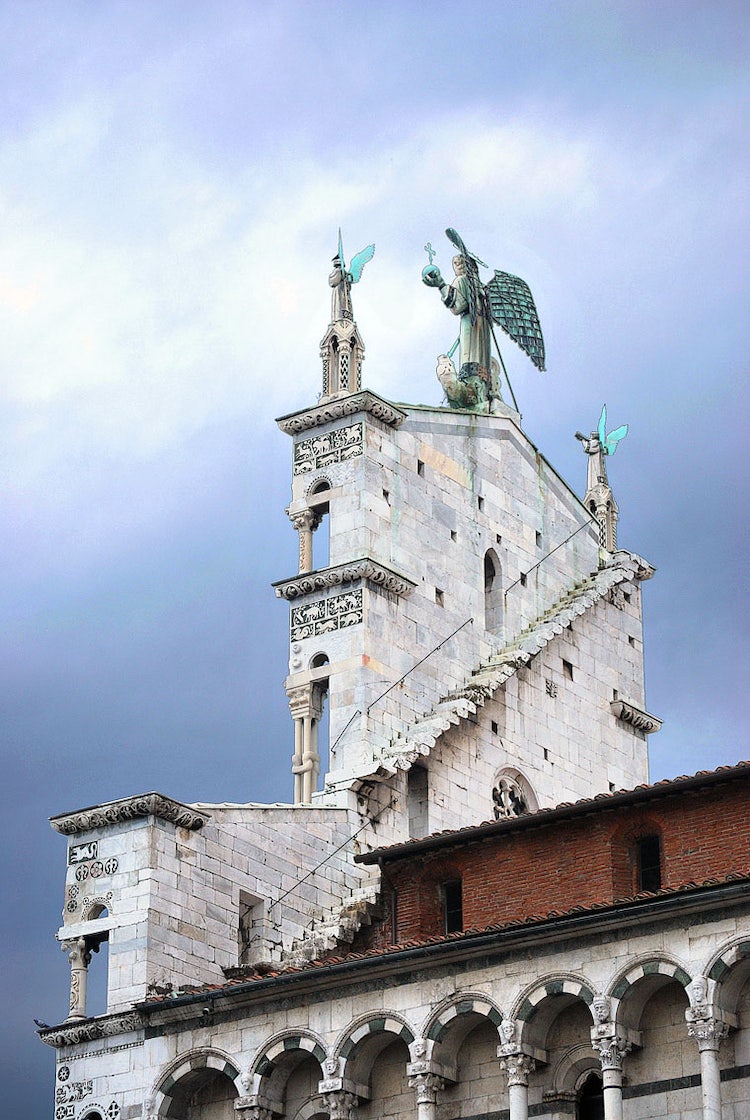 It is approximately 18 km and takes about 4 hours to walk. This is considered an easy walk, though years ago this entire area was heavily covered by forest leaving the pilgrims open to bandits and danger.

About 25 km and averaging about 6 hours of trekking. We are in the valley, so the trail is considered easy to navigate following the Uscinan Hills. Once a marshland , this area has been bonafided and provides several little towns to see along the way.

Covers approximately 24 km in about 6 hours. Considered particularly beautiful, this trail is etched along the hilltops of the Val d’Elsa offering panoramic views in all directions. Be sure to set some time aside to rest your weary feet in the thermal waters of Gambassi.

It is 13 km and can be covered in approximately 3 hours. This is an easy track to cover and is also a great track for bike enthusiasts (and not since it is fairly flat) This area is particularly noted for the buildings which grew in direct response to increase in pilgrims.

Take advantage of less km to rest up and explore San Gimignano, including wine tasting! 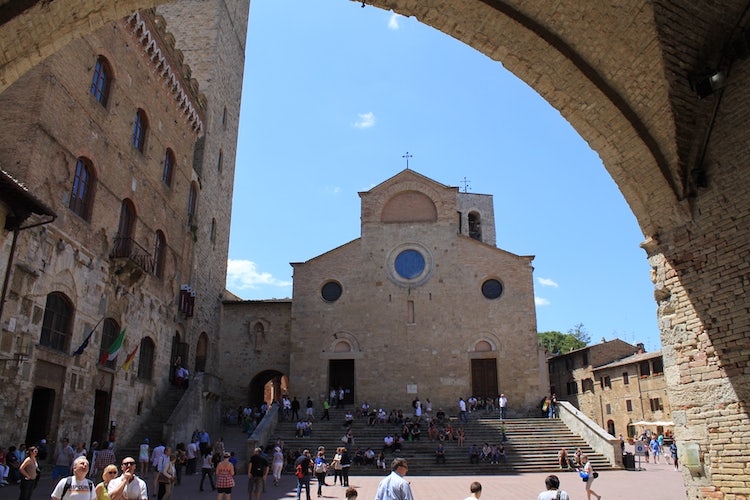 It is approximately 30 km and takes about 7 hours to complete. Undoubtedly this is universally considered one of the more beautiful tracks, leaving the iconic image of Tuscany (San Gimignano) at your back and passing several picturesque churches to finish at the impressive walled city of Monteriggioni.

It is about 21 km and averages approximately 6 hours of hiking. This pieces provides passage through the bonifided lands, thick forests and winding “white roads” entering in Siena through the city gate of “Porta Camelia.” Combine this track with an in depth visit to the Duomo, the Piazza del Campo and the Hospital of Santa Maria della Scala, an important stop of the weary pilgrims.

It is approximately 30 km of trails and will take almost 7 hours to walk. The changes in the landscape are notable: hills become softer and they are no longer dressed with thick forests, there are less vineyards, olive groves and more fields of grain, and the Creti Sensei are becoming more and more pronounced.  This portion of the trail lends itself to a circle route, read here for more information.

Covers 27 km and averages about 6 hours of walking. One of the last legs of the walk, passes through wide spreads of grain, sunflowers, vineyards, and the well restored town of Buonconvento. The scenic Val d’Orcia is unfolding quickly and beautifully, great photo opportunities. 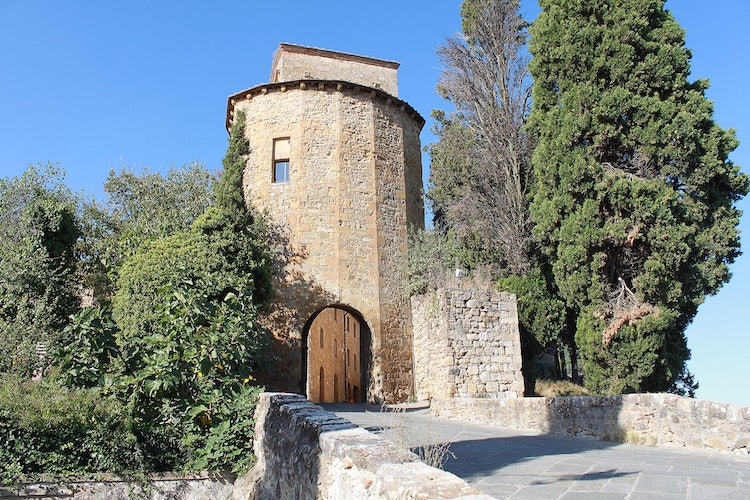 The last destination in Tuscany. There are approximately 33 km and it averages about 7 hours. The hills here are more pronounced and will stretch the muscles with its constant up and downs...however this area is rich in thermal waters like those of Bagno Vignoni and Bagno San Filippo.

The last track starting in Tuscany is approximately 32 km and is calculated to take about 7 hours. The views are spectacular, as the border of Tuscany comes into view. Mount Amiata is visible, as is the region of Lazio and the last few pieces till Rome.

Lucca is the perfect destination for a day trip from Florence as...

A visit to the small town San Miniato al Tedesco in Tuscany between...

The 15 legs of the via Francigena in Tuscany are clearly marked for...

Learn the why and how about getting your Via...

Via Francigena: Siena to Monteroni d’Arbia

Important information for the 12 leg of the via...