Enjoying a Musical July in Tuscany

July is one Hot Month for Events

The region lights up with longer daylight hours, warm temps and many...many activities.  There are so many things to see and do, your head will spin trying to fit them all in.  We have compiled a list of the highlights that you should try and fit into your itinerary while visiting Tuscany - and if you haven't already made plans, check the availability and last minute offers for the summer. Remember to book directly with the owners for best rates.

With so much to choose from, we have divided this month into a few separate calendars so we can list more activities and so you can focus on what interest you the most: 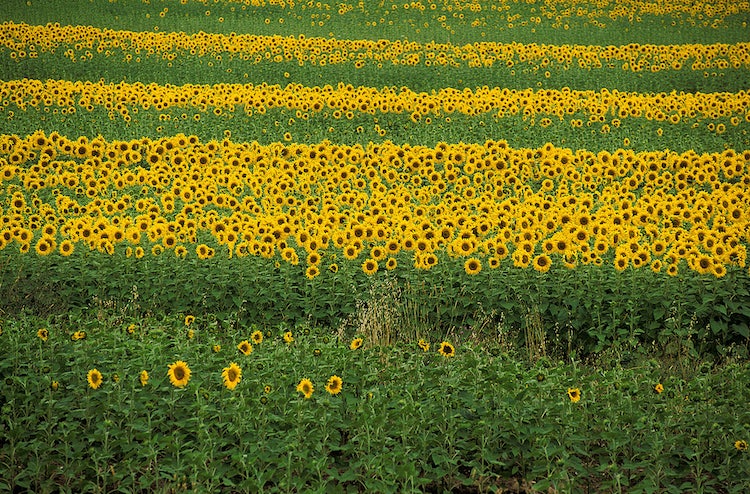 Guided tours, special evening hours and archeological events surrounding the many large and small museums throughout the region. There will several activities which will explore the history and legends of Tuscany, events are programmed for all ages. Read the program at the below link, looking for the town or city closest to you. Check out the official Calendar for Tuscany on the region's website.

Many years ago, Ivan Bruschi gave life to one of the oldest and biggest antique fairs in Tuscany... maybe even all of Italy. He transformed his love for the old, unique and precious into an event that fills the streets of Arezzo every first Sunday of the month and the Saturday that precedes it that month. Check out details on the official site.

We know they call the fair "April"-ante, but it actually runs year round! This monthly market in the streets of this charming town in Chianti is where you will find handicrafts, vintage items and delicious local foods... and it isn't too far out of Florence, in the Chianti countryside. Read more about the small town of Panzano. 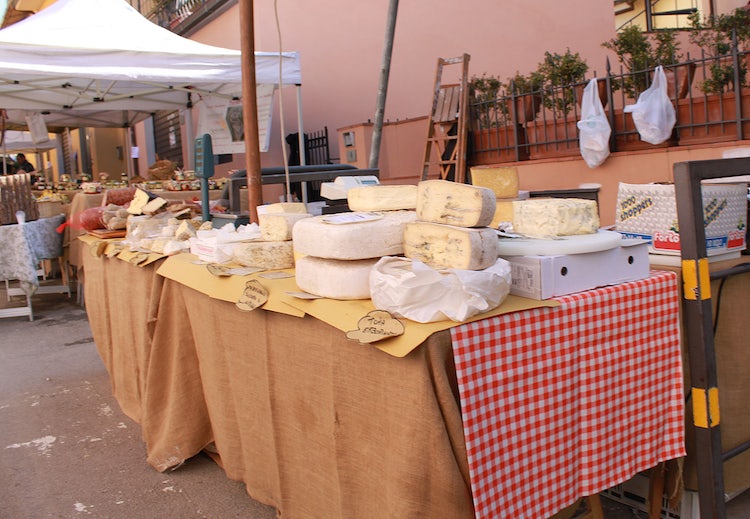 Greve in Chianti | IL PAGLIAIO | the 4th Sunday of the month

Piazza Matteotti is filled with locals who feature goods from their gardens, their kitchens, and their workshops. Often you will find not only great bargains but music and opportunities to do some taste testing. Check out their Facebook page a few days before the market for updated info.

You could say this is the most famous of all events in Tuscany. What is the Palio? It’s a horse race in the very heart of the city center, during which the 10 of the 17 contrade (or better, districts in which Siena is divided) challenge in other in the "final showdown" of the yearly competition. Every local is born into a contrada and life revolves around that inherent community. There are contrade that are friendly, some that life-long enemies for slights committed centuries ago. For the occasion, the perimeter of Piazza del Campo is covered with tuff clay and becomes the race track. The horse race usually takes place in the late afternoon, after the historical parade composed of more than 600 people in period costumes representing each of the contrade winds its way through the tiny streets of the center to arrive in Piazza del Campo. During the morning, the assigning of the jockey takes place in the presence of the mayor. Read more about the Palio.

In the enchanting setting of Versilia, between the coast and the mountains is a festival of music combining all the wonderful aspects of Tuscany, including traditional foods and the historic charm of the area. Check out the program for this 2022 edition. 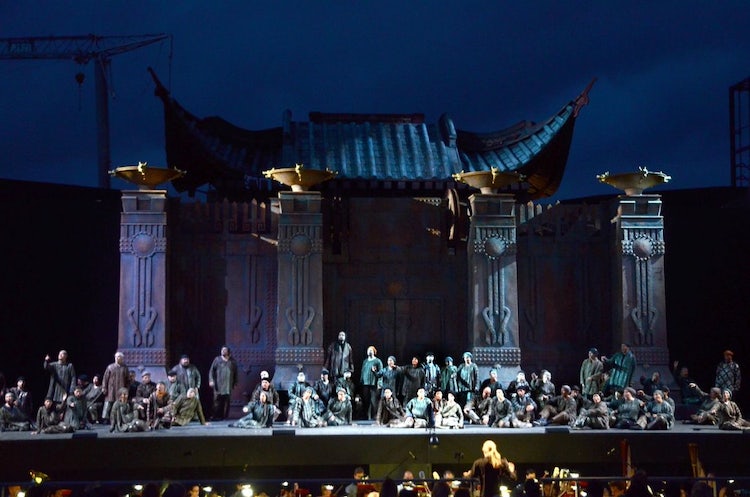 Bringing music, food, and culture together

A deep love lasting over thirty years linked Giacomo Puccini to the charming hamlet of Torre del Lago, which, after his death, was renamed Torre del Lago Puccini to the pride of all its inhabitants. The Puccini Festival in Torre del Lago is the only Festival in the world fully dedicated to the composer Giacomo Puccini with “La Faniculla del West”. It takes place every summer during the months of July and August, in the very places that inspired Maestro Puccini’s immortal melodies. Check out the program for 2022. 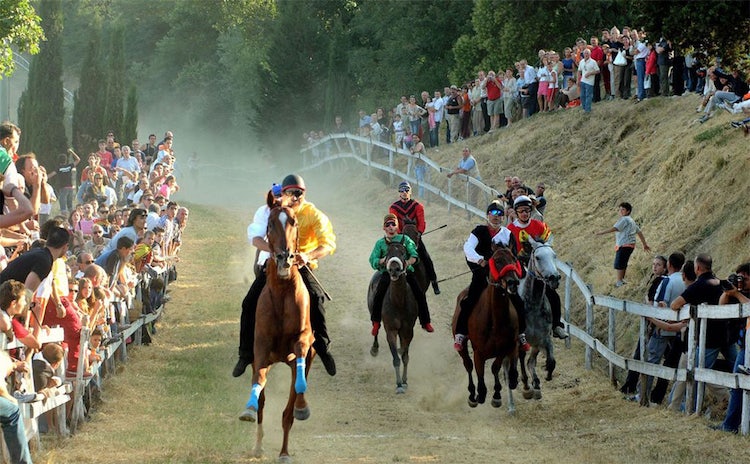 A whole week full of events and manifestations, with the Palio di Casole d'Elsa horse race as the final and highest event of the week. Qualification for the final race will be taking place on Saturday at 9.30 am, while the Palio will be run on Sunday starting from 7 pm, with the historical parade, flag throwers and drummers winding their way through the center from mid-afternoon. At the end of the Palio, spectacular fireworks will be advising everyone at the end of the Palio week. Check out the complete program here.

Mishap turns into a festival

On 12 July 1664 the cannons placed on the walls adjacent to the Porta San Donato were fired to honor the memory of San Paolino but, accidentally, the blows were directed against the crowd that was in the area; there were no deaths or injuries and this miracle was attributed to San Paolino. In his honor (again but with better results!), the "Palio della balestra" came about, during which the crossbowmen representing the city's third parties, San Paolino, San Salvatore and San Martino compete for the prize awarded each year by a contemporary author. Check out the program for the Days of San Paolino 2022. 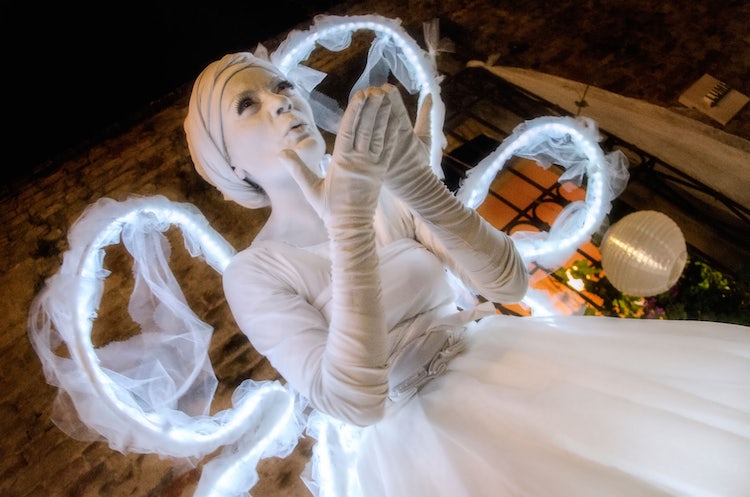 Thousands of people crowd the tiny streets of the village, like a massive flood of entranced persons staring at all these marvelous and colored street artists that, while standing out from the visitors for their amazingly creative costumes, usually perform in magnificent shows, either among the public or within hidden courtyards or secret gardens. Hundreds of stands offering every kind of items are on hand, as well as music, dance, and theatre performances: you will find it hard to decide which show to assist and which street to go through, completely immersed in a fantasy world that, like a fairy tale, will make you daydream inside the walls of this special location. Check out the official site for more details.

An event revolving around bows and arrows: a historical event with people dressed up in period costumes aimed to evoke the ancient competition among the 5 districts of the city, a challenge between those living within the walls and those outside charged with protecting the town. The Disfida degli Arcieri excite their audience in the splendid setting of Medicean square in Fivizzano. Check out their Facebook page for more details.

Festival of music, literature, wine, and food in Tuscany

Surrounded by the amazing scenery of the Palazzo Mediceo in Seravezza, many artists will perform on the stage, creating a memorable blues music experience and drawing lots of "passionati" and people who desire to spend a night under the stars as well. Check out more details on the official website. 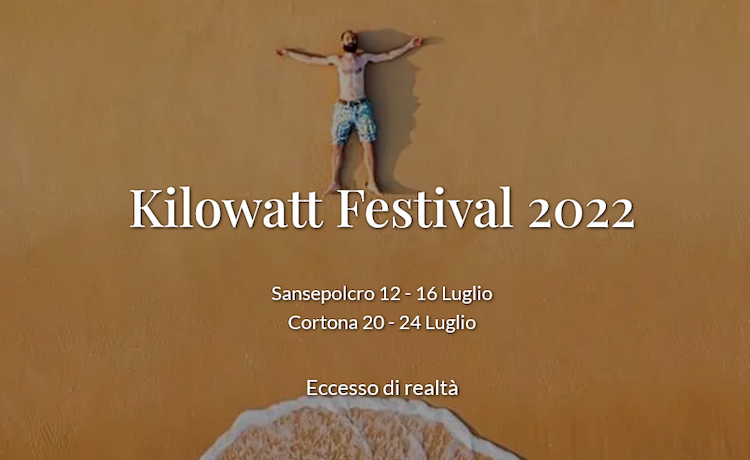 The Energy of the Contemporary Scene

"The festival was in its third edition and that year we had sold few tickets in four days of shows, although there were eight titles in the program. At night, while we were dismantling the stages, one of the technicians said it was better to stop, unless we find the way to make the city feel that the festival was "a thing of its own". Today's Kilowatt was born in front of that reflection, based on the collaboration and synergy of the artistic energy that brings together everyone who participates. The artistic festival can be branded as the "forge of today's contemporary talents." Check out the whole program on the official website.

Itinerant music festival in its 22th edition. 18 concerts and guided visit in 14 locations across the western coast of Tuscany, all with cost of 5-10 euro. Follow the festival with #musicastradafestival22. Check out complete program on official website. 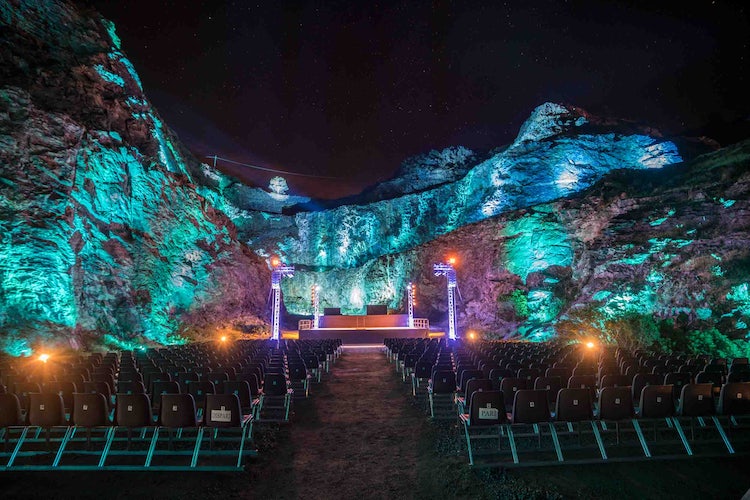 In its 8th edition, this opera festival takes place across various locations on the popular Tuscan island: Portoferraio, Porto Azzurro and Capoliveri. The MOF 2022 program includes eight concerts that "contaminate across genres", from opera to swing, from Baroque and chamber music to organ music. Check out the complete program on the official site.

Saint Francesco received the Mount of La Verna as a gift

This event celebrates the origin of the La Verna monastery in the mountains running down the center of Italy and between Casentino and Assisi.  Join the town as it recreates the donation of the land to Saint Francis, with a medieval market and music, dance and entertainment by fire throwers on the first day, the second with the parade in historical costume that recreates the meeting between the Count and Francesco, with a archery Palio in the morning and celebration all day long. Check the Proloco's Facebook page for more Information. 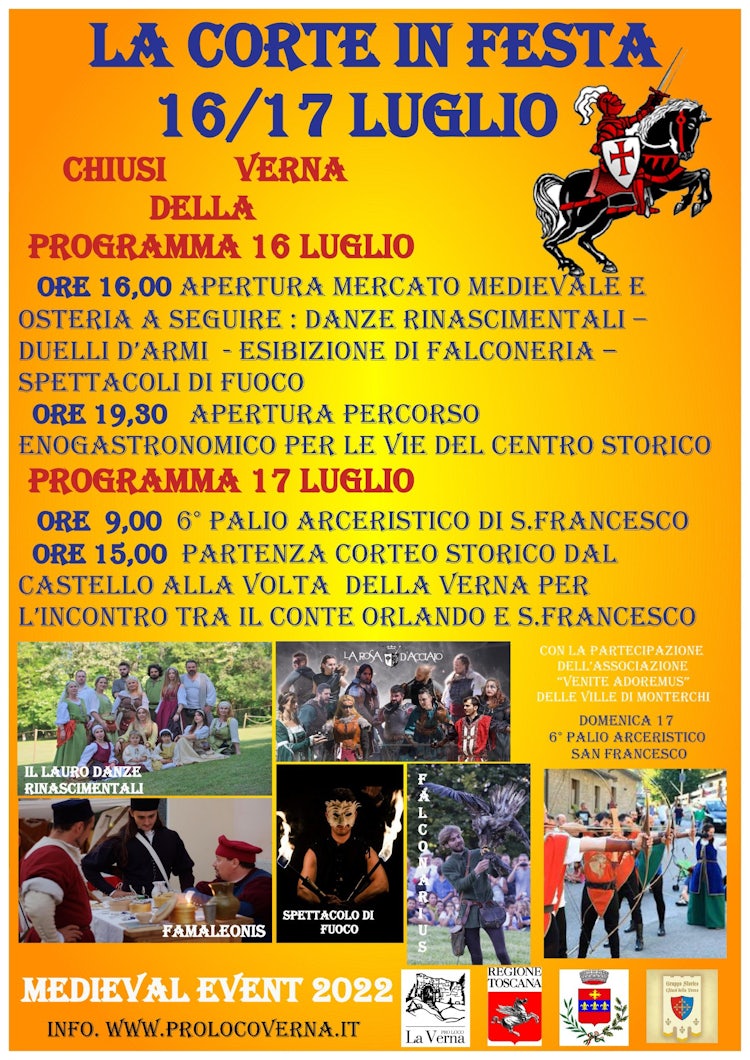 LAST UPDATE: July 7, 2022. Make sure to check the links to official websites to confirm dates and programs, as they might change last minute.

If you are vacationing in Florence in July, there will be many...