Italian Villas are a State of Mind

The rich innuendos embedded in every language take time to learn. They take being in constant contact with the culture and they take a willingness to step outside of your pre-conceived ideas and explore the sound and feel of a word as you interact with native speakers.

Sometimes there are words that are so similar in sound that it just comes natural to use them in a conversation…only to find out that the meaning doesn’t always convey the punch that you are expecting.  For example the word annoyed, which carries with it a sense of anger in English, in Italian (pronounced a-noy-ya-to) means boring.  So if you tell your friend he is annoiato … (boring instead of frustrating)…well it just doesn’t have the same punch. 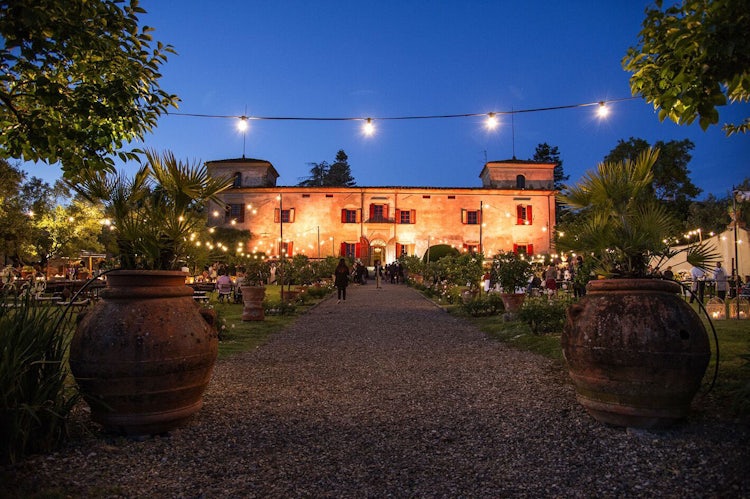 Learning to Speak a Language

is Learning to Appreciate the Culture

This (sometimes not so subtle) difference became highlighted in my work with Tuscan villa rentals. While interviewing owners and reviewing vacation structures I would often use the word villa: it felt right and comfortable.  However, I would inevitably make the owner uncomfortable. It was annoy/annoiato all over again.

The word villa in English, though it can (and does) have a more precise meaning, in the touristic vocabulary is often used to generally describe a home much like Kleenex describes tissues or Coke describes soda. Yet to an Italian, the word villa is not just a general representation of a residence … their rich history would never let it be … just another word for a home.

And most certainly, it carries way too much historical baggage to be bandied around as a category for all vacation rentals. It took living here for almost 10 years before the subtle differences became part of my vocabulary. 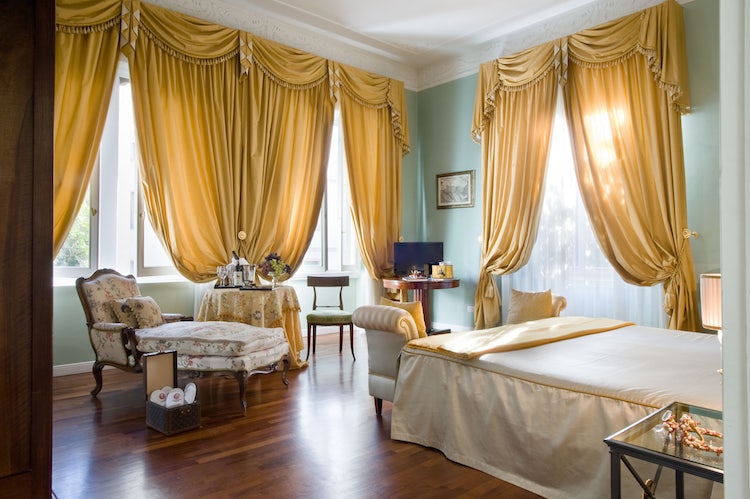 Rich textures and colors, ornate furnishings and an overall sense of luxury categorize the internal décor of an Italian villa; it is the complete opposite of a functional, homey country farmhouse.

Whereas the external landscape is characterized by two types of gardens:  the ornamental and the practical.  But perhaps above all else, it is the lifestyle which truly distinguishes a villa from any other type of residential building.

Tradition puts the landed gentry with money and "presence" in an Italian villa; they command a certain type of respect – and they often welded a different type of power.  These three elements combine together and distinguish a villa from any other structure with bedrooms, bathrooms, kitchen and a garden. 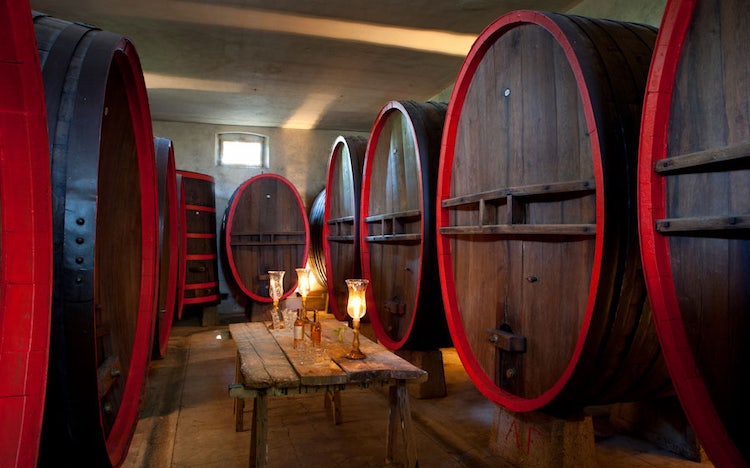 The Status Symbol of the Wealthy

The architectural structure of a villa will be divided into three floors where the general social rooms, dining rooms and kitchen are located on the ground floor, the first floor will house the immediate families bedrooms, bathrooms and lounges and the upper floor or attic will be the dormitory for the servants.  As for the decor, the Tuscans made good use of the local marble, the pietra serena and the artists within its borders for the decoration and furnishing of their homes.  This area of Italy was also well known for the quality of it weavers due to it’s wool and silk production, providing a lavish array of colors, textures and designs for the furnishings.

The Medici family set the bar high having a practically unlimited source of money from which to draw upon and in conswquence their contemporaries strove to emulate their standard of living.  The moment you walk into the spacious rooms on the ground floor and climb the stairs to the first floor bedrooms with panoramic views and high ceilings, you will be catapulted into not only another epoch but a sensorial luxury.  Maybe not so much in the servant quarters which offer small windows, low ceilings, bare wood or terracotta floors – and excessive warmth in summer and cold in the winter.  The structures - villas- were not built for survival, these homes were built as showcases of position and wealth. 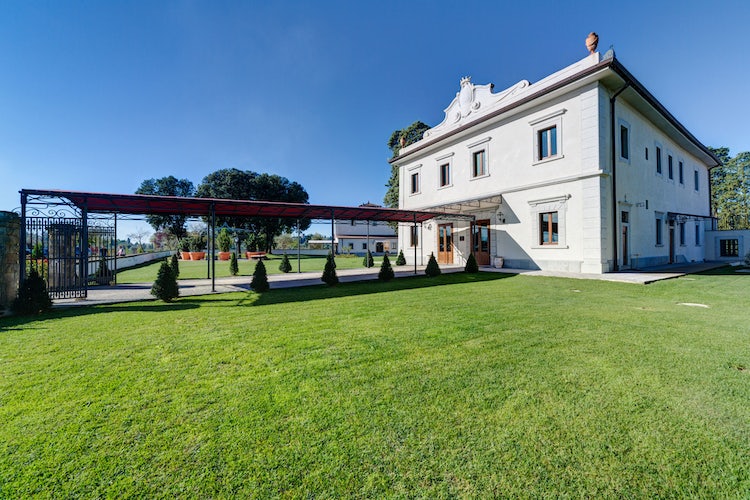 The area immediately surrounding the villa was organized into an ornamental garden … well actually un parco (a park) and just the word should give a sense to the size and composition of this area.  These spaces were well tended with colorful blooms, shade trees and beautiful vistas.  They were designed for entertaining.  Always trying to out-do each other they would sometimes become quite extravagant! Creating oddities such as manmade caves with stalagmites/stalactite and ornate fountains.

The larger part of the property surrounding the residence was dedicated to providing food and marketable items such as wine, olive oil, fruit, grain, dairy products and meat.  Most country villas were an extension of the family’s holdings in the city, so they were required not only to supply the necessities for its home base but also for the palazzo and villas which had no land in the city center. 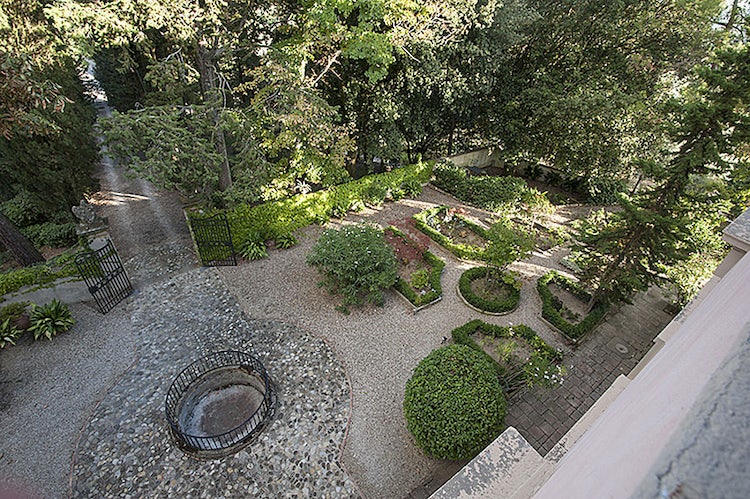 Over time the landowner and farmer relationship evolved and the differences were slowly absolved.  However even though the legal ramifications were torn down the class structure that had been created over the years was a much more difficult thing to dismantle.  And it is this sense of class that gives the words villa it’s “umph.”  Those who lived in a structure which had control over others were the signori – i padroni – the big guns so to speak, and they were a way of life.  They controlled property, they controlled families, they controlled the wellbeing of towns  and ... they lived in villas.  But not only did they control – they were also the people with the answers, the organizers and solutions.

I would have thought this died in the late 1800’s with Italy’s emergence into a more “democratic” society but I still remember hearing comments shortly after I arrived, especially from the older generation, about those who lived in the villas.  The voice that spoke was always reverant and respectful .... well, OK, not always.

A Villa is a True Piece of History

I had thought that I understood the difference but it wasn't until after several interviews and visits with the owners,  did I finally understand.  The word villa certainly evoked an era that was rich in contrasts, rich in variety … and well, just plain rich.

The carefully restored interiors accenting comfort, space and luxury, the refreshing green gardens which are a sensory delight and the detail given to recreating a sense of history are all aspects that definitely separate a villa from another other type of structure.  Visit after visit to restructured homes, I came to the conclusion that a vacation in a true Tuscan villa is an authentic taste of the real culture of Tuscany. 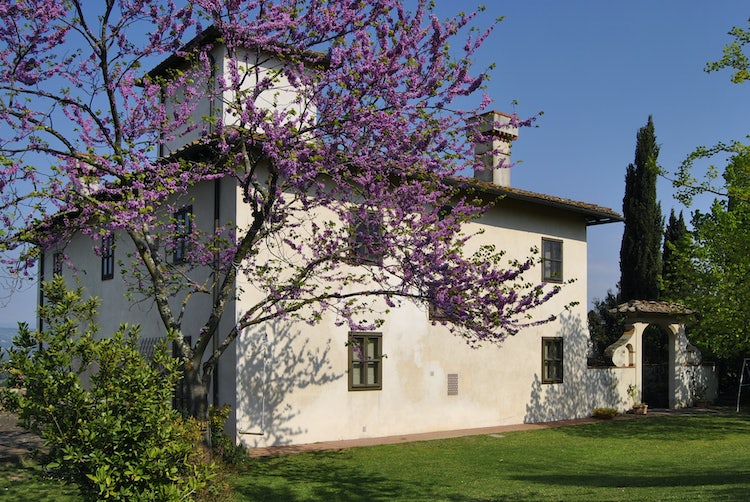 The gorgeous well-cared for gardens and villa...

The elegant villa near San Gimignano is available as a holiday...

The beautiful Renaissance Villa Il Poggiale near Florence is an...