An Itinerary for exploring beautiful Lunigiana

Beauty along the coast of northwestern Tuscany

Unexpected places to visit in northern Tuscany along the coast

Most don’t give themselves the time to continue exploring Tuscany beyond the most famous spots, but if you do have it, the northern regions of Tuscany offer a unique history, traditional cuisine and picturesque landscape away from the crowds. This summer I took off to dedicate four days to exploring Lunigiana and Garfagnana far off the beaten path. I was completely won over by the friendly hospitality, delicious meals, surprising panoramic views and lofty mountain hikes.

Below is a brief presentation of the places along the way as suggestions for creating an itinerary for anyone looking to spend time in an area untouched by mass tourism that lends itself to discovering a genuine and surprising slice of Tuscany. 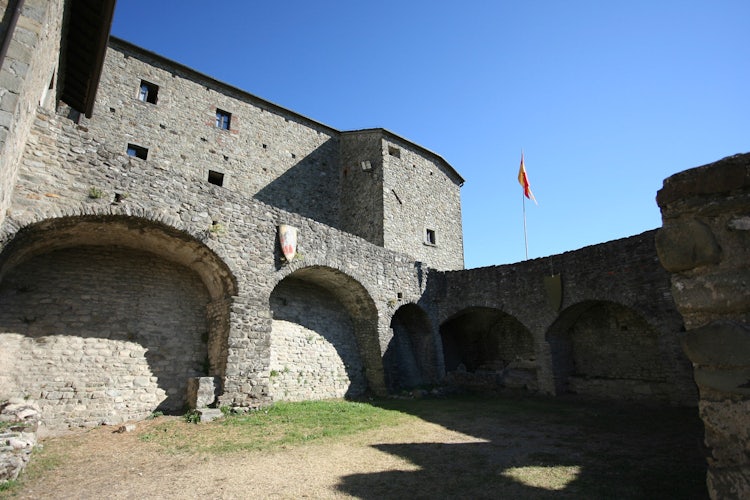 This small town at the tippy top of Tuscany is a jewel to behold with its quaint cobbled stone streets, towers and castles. Pontremoli is where I suggest you start your adventure in the Lunigiana and slowly work your way down hitting a few of the more picturesque towns along the way. Long thought of as the doorway to Tuscany, Pontremoli is the first little town that the via Francigena passes through and it is packed with historical sites and a unique museum featuring the Stele Statues. 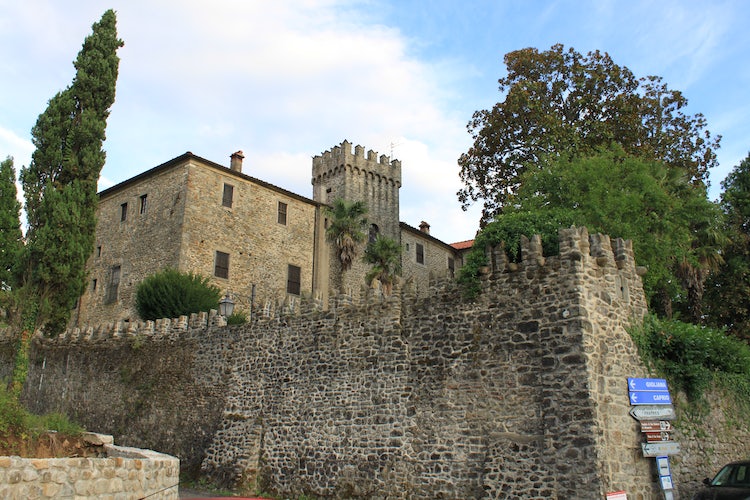 The small little town of Filattiera is an excellent stop for those who are curious and adore just wandering quiet back streets, discovering hidden treasures and architecture. It once stood as the headquarters of one of the two warring parties in the area when the Malaspina decided to build it a great fortified residence, next to the already existing San Giorgio Castle. If you look closely you may still see some signs of its glorious past in the remains of the Medieval towers and cross vaults.

Pieve di Sorano: just recently restored in honor of the Jubilee, this parish church is a beautiful example of stonework. Located in an area that was active long before the construction of the church, many artifacts have been found in the immediate area which tells us much about the ancient cultures from pre-Roman until medieval times.

via Francigena: though not an official road on maps, the via Francigena worked its way from Canterbury in England all the way down to Rome. It showed the path to thousands of pilgrims who came searching for the Pope’s pardon. It has recently been reclaimed from disuse for the Jubilee, and the first stop in Tuscany is in Lunigiana.

Chiesa di San Giorgio: the church which dates from the 12th century is home to the much acclaimed Lapide di Leodegar which instructs the church to eliminate all the pagan practises especially that of the Stele (see Pontremoli) from the church you can follow a stone path down to the Pieve, clearly marked with signs from the via Francigena. 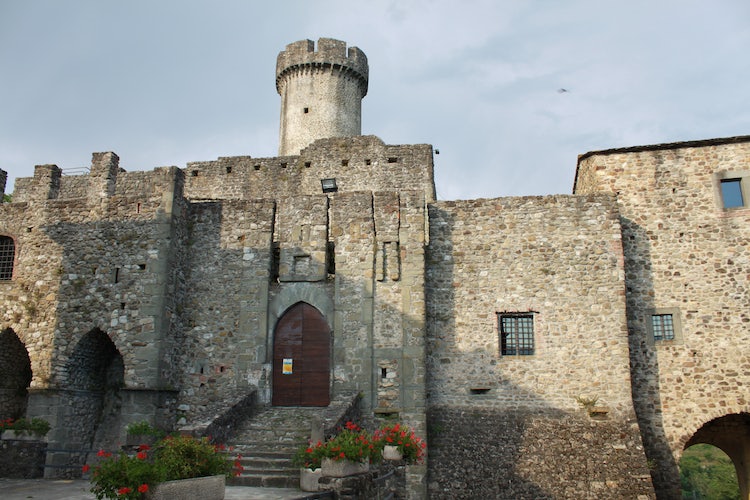 This quaint little town is located in the valley near the river Magra and a smaller stream or creek called Bagnone. It is believed that the town sprouted up around the XI century. The calm tranquil atmosphere invites you to stop and have a stroll about, maybe a cup of coffee and a pastry before moving on to the next stop. There is an interesting museum which details the story of the Lunigiana which will offer some insight into the history, customs and culture of the area.

Castello Malgrate: this well-preserved castle in the nearby suburb of Malgrate, is in excellent condition, and the house of Antonio da Faye, a historian from the fifteenth century. With its 25 meter tower, it is a sight to behold, take the time to walk the battlements and experience the panoramic views. 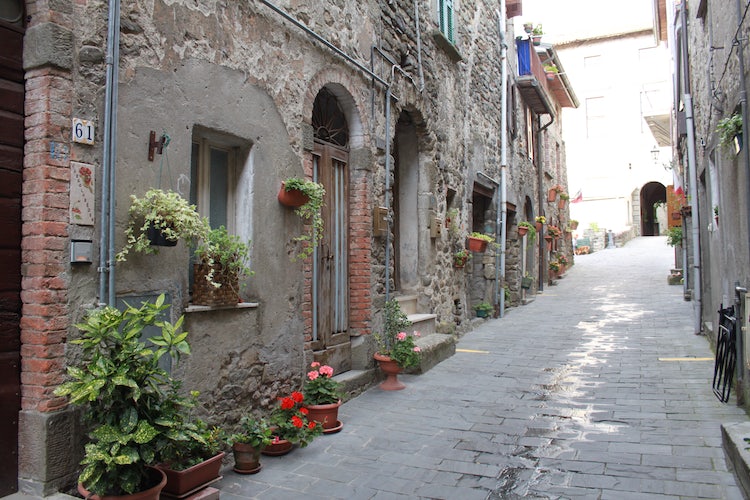 Perhaps one of the more enchanting little walled-towns in the Lunigiana, the small streets invite you to stop and explore. It will catapult you back to the late 1200’s when we first have news of its existence and accompanies the traumatic history and divisions of the area going from one family to the next as a prize of war. 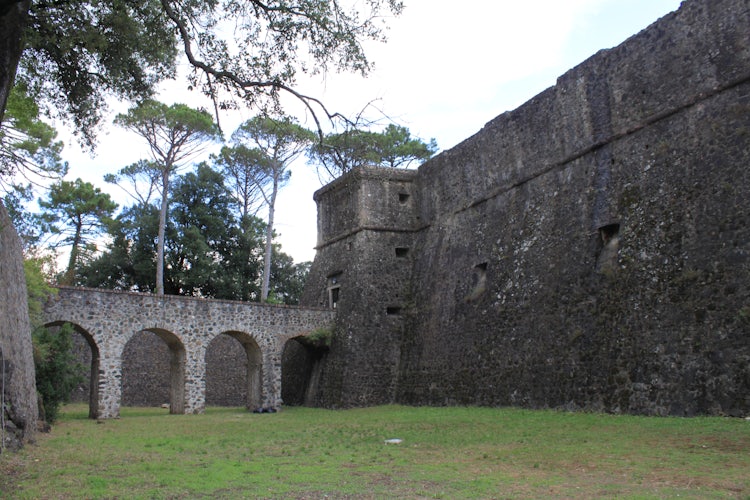 One of the larger towns to visit, Aulla was well noted along the via Francigena so much so it was even noted in Sigerico's diary as he made the famous trek from Canterbury to Rome. Take the time to search out the Abbazia di San Caprasio, dated from the early 1000's, it has been restructured several times but it is definitely a beautiful visit.

A visit to this town should include a walk around one of the best-conserved castles in Lunigiana. The fortress includes an intriguing display of fortifications, turreted walls, and paret survivors.  The fort is on the opposite bank of the Taverone, called Castle Plan, and is an interesting example of military architecture. 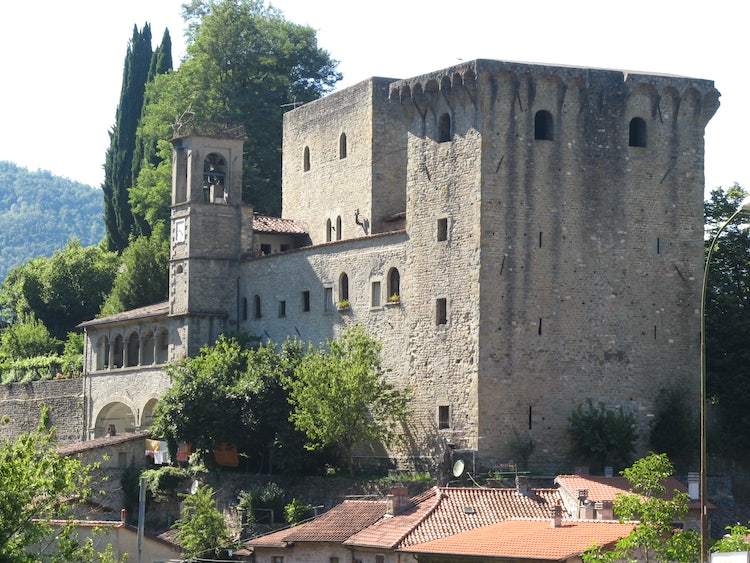 In an area historically known for its conflict over controlling trade routes into and out of the nearby Apennines, the Castello della Verrucola stood proud and strong.

In 1418, Verrucola was the site of a shocking bloodbath, a conspiracy plotted behind the back of the Marquis Bartolomeo Malaspina, who was killed with an axe along with his pregnant wife, the 80-year-old Marquis Niccolò, his children and servants. Only the 20-month-old baby Spinetta survived this massacre, thanks to a heroic nurse. This dramatic event reverberated all the way to Florence, which decided the time had come to intervene and bring eastern Lunigiana back under its sphere of influence.

Brought to life again by sculptor Pietro Cascella, it is possible to visit the castle. Today the local government provides a unique learning experience for all ages. A romantic mix of legend and history tell of many ghosts that still reside within the walls, one of which is the Capt. Francesco Accorsini, who was the commanding officer of the Fortress in the 1600's and was accused by the Modena Inquisition of practicing magic and wizardry. 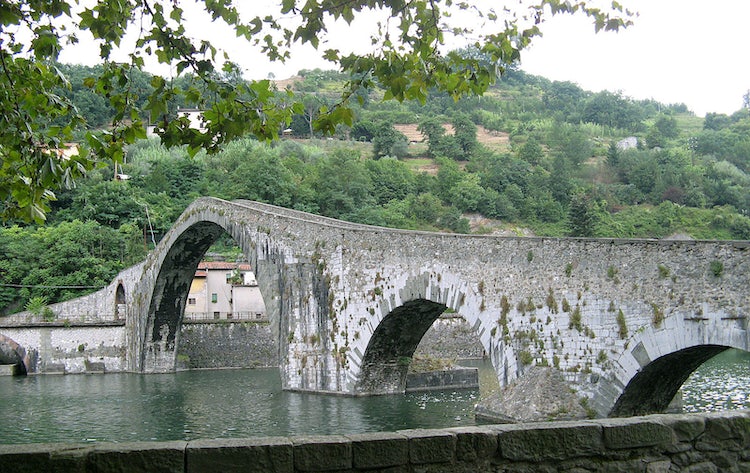 Once you have visited all of the above, we encourage you to travel our suggested itinerary for the beautiful Garfagnana or you could head south to the walled city of Lucca or the coastal region of Viareggio.

A day trip itinerary to explore the natural...