Portoferraio, more than just a port!

What comes into your mind if I start by saying:

“(…) I will recount the famous deeds of men of old, who, at the behest of King Pelias, down through the mouth of Pontus (...), sped well-benched Argo in quest of the golden fleece.”? (taken from the Greek epic poem written by Apollonius Rhodius "The Argonautica")

I’m pretty sure that the word which stands out and brings back memories of schooldays is Argo. The Argonauts, those renowned heroes from Greek mythology who set out on a quest for the Golden fleece could also supposedly heal all wounds AND legend has it, are said to have landed on Elba, in Porto Argo to be more precise. So would you be surprised to find a place near Ghiaie Beach in Portoferraio originally had this name?! 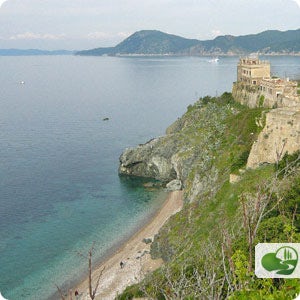 Portoferraio is usually the first town you see when arriving on Elba island. Nothing seems to have changed since the times of the Argonauts, as it still remains the most popular arrival destination for all those visitors arriving to this pearl of the Mediterranean. At first sight, Portoferraio, the capital of the island under Napoleonic times, may be considered a sort of Elba in miniature, due to the rare beauty of the natural treasures the island has been safeguarding for ages.

Even if the ferry from mainland doesn’t take very long, I’ve always had the impression of finally arriving at my destination after a long trip, as the Argonauts in Greek mythology might have felt. I feel a strange excitement before getting off the ferry (while still on board, I try to imagine the exact point where the ferry will be anchored) that I can’t wait to literally touch the ground, as if each time might be my last on the island. You might think I’m a little hydrophobic, but I actually really love water and swimming. I just imagine myself playing a pirate during those foolish instants just before my long-awaited holidays (the only excuse I’m able to find is that I’m really stressed from daily life and need that vacation!). 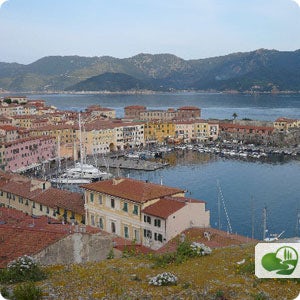 The name of Portoferraio (meaning “Iron Port” in Italian) comes from the iron mills which allowed the city quick growth during the XIXth century: it became, in fact, the main shipping port of profitable iron ore towards the mainland. Thanks to Napoleon's stay, as he was exiled in Elba in 1814 after his defeats in Europe and his forced abdication, Portoferraio and the entire island enjoyed an age of glory. He set up the infrastructure for the exploitation of the iron mills (which constituted the main economic industry of the island even after the end of Napoleonic era when Elba returned to the Gran Duchy of Tuscany), and carried out a series of economic reforms to improve the quality of life and set up a modernization of existing society. Actually, the island became a constantly evolving open-air building site, but mainly, a place worthy of an Emperor’s presence. Like a magnet, he attracted to the island all those people who were respectfully curious to meet that person who had been able to play a skillful game with Europe to achieve his goals. Without plan, they turned the island into a melting pot of different cultures and modern schools of thought as it had never been before.

What to do, see and eat, of course!

Portoferraio was chosen by Napoleon as capital of the island and his place of residence. Today we still may visit the two villas where he lived, San Martino and Villa dei Mulini. 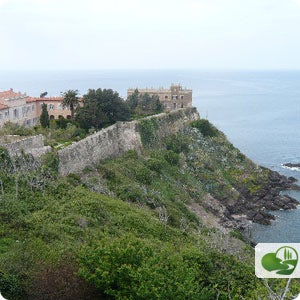 Arriving from the sea, Portoferraio seems like a bay, protected from pirates by it bastions which provide an intimate shelter from the sea. The town was originally born as a fortification whose ancient bastions are still partly well preserved and, together with the historic walls, form one of the most popular tourist attractions of Portoferraio. It might seem pointless to add that one should also visit the dock - built during the Medici era and in the XVIth century it protected the town against pirates - since you can’t pass by without seeing (and standing on) it when landing from the ferry, but... one never knows!!

So here are a few suggestions about the best period for visiting Portoferraio (and the island in general) and what you shouldn’t absolutely miss out on... Elba is a wonderful place to discover all year round, except July and August, when the island gets too crowded. You could take advantage of some interesting events for dropping by Elba a few days, like the international festival of jazz and classical music “Elba Isola musicale d’Europa” – Elba, music island of Europe, which usually takes place in different locations of the island in September. In Portoferraio, events are held in the “Vigilanti Theatre”, an ancient church turned into theatre by Paolina Bonaparte, Napoleon's sister. 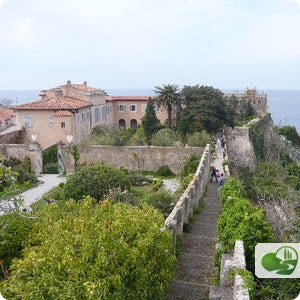 As regards cooking events, instead, what you shouldn’t absolutely miss out on in mid April is “Polpando e gli antichi sapori”, where octopus is the main protagonist of a really delicious food event!

To all those who are thirsty for culture, I recommend visiting the Archaeological Civic Museumin addition to the various architectural religious sites: an interesting and easy way of jumping back into the past of the island.

Since I’m pretty sure that anyone going to discover Elba is not only interested in culture and food, but also in its amazing sea, remember that the island features both sandy and stony beaches, so all depends on what you prefer: the southern coast has more sandy beaches (just to mention the most renowned near Portoferraio: Punta Pina and Biodola are really worth your while!) than the eastern coast, plenty of pebbly beaches and cliffs. These are fascinating as the former, but maybe just a little bit less comfortable if you love putting your sun umbrella in the sand!

How to get to Portoferraio

If you’re leaving from the mainland, the only way to reach Portoferraio is by ferry. For further information on this matter, on the traveling companies, prices and schedules, have a look at the paragraph “How to get to Elba” at the end of the article on Elba.

If you’re already on the island, instead, I just quote what an inhabitant replied when I asked “What’s the direction to Cavo?” …”We’re on an island, at worst you’ll drive around twice!” Joking aside, if you’ve planned to discover Elba without car, have a look at the urban bus service in Portoferraio for a tour of the town while, for new and exciting adventures around the island, read the section “Getting around the island” at the end of this page: some useful information about public means of transport might help you arrange your holiday before leaving! 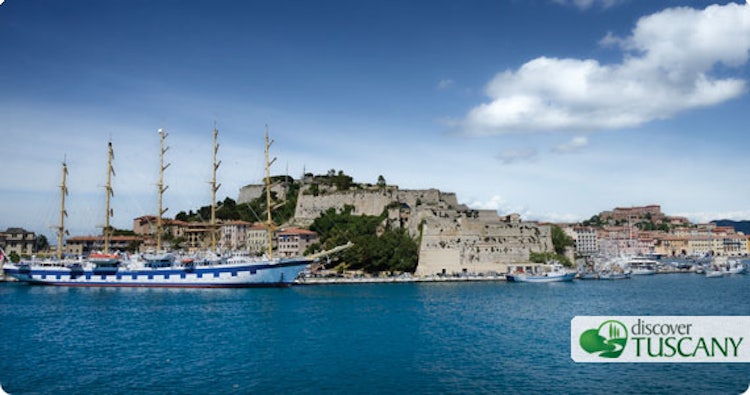 Some history and useful details on how to get to Elba.

The most beautiful beaches on Elba Island – read about some of the...

During his exile, Napoleon wandered the island and started many...

Discover Elba while staying at the charming...

Are you a snorkeling lover? Then Elba is the place for you! Find...

Are you planning a vacation on Elba? We...