The Pinacoteca Art Museum in Siena

Admission price
€ 4 and € 2 reduced.
Free entrance for
European Union citizens under 18 and over 65, studens, journalists, tourist guides and interpreters.

If you are interested in art and history and will be in Siena more than a day, you should absolutely make your way to the Pinacoteca Nazionale Art museum. It's the main state art museum of the city and includes a rich collection of masterpieces from the famous Sienese school of artists, which created mainly large, majestic altarpieces with golden decorations. 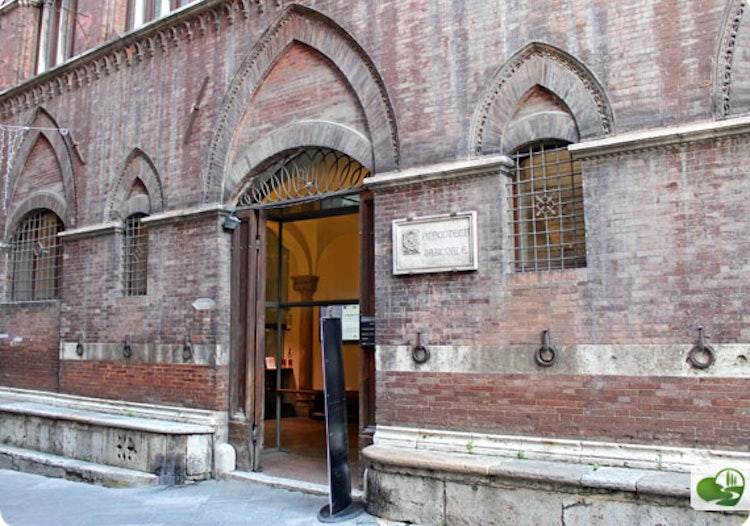 The Pinacoteca Nazionale is housed in two old palaces, Palazzo Brigidi and Buonsignori, the latter with a 19th century neo-medieval facade, in a quiet street not far from the Cathedral. You can enjoy the great masterpieces and all their details in quiet peace as the museum is out of the major flow of tourists visiting the city. Even if you are not an expert in art history, the museum's treasures deserve admiration as they are masterpieces of craftsmanship of their time.

I recommend you to visit the rooms in chronological order following the numeration of the rooms. This means starting from the top and heading down: so climb the stairs from the entrance hall to the second floor where you will find the early masters. In the 13th and 14th century, Siena was, like Florence, at the center of the renewal of Italian art tendencies. 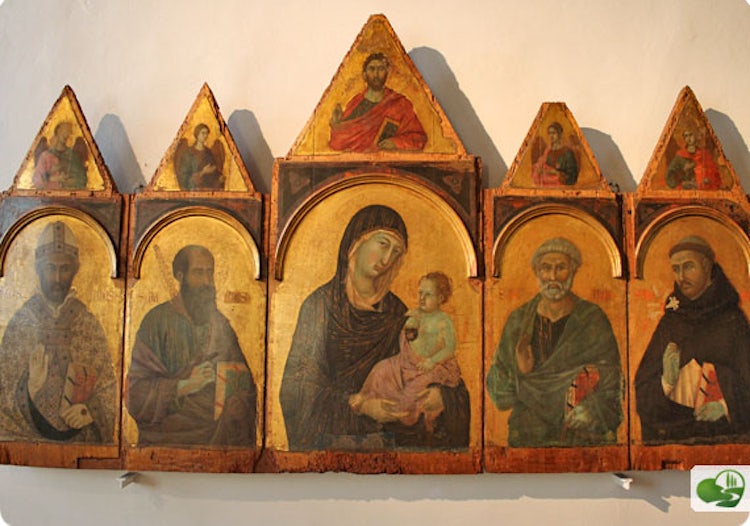 Duccio di Buoninsegna, Simone Martini and the Lorenzetti brothers were among the most important representatives of the flourishing Sienese school and were also known outside of Siena. One thing that distinighuised Sienese paintings from Floretine was that they were less naturalistic and not as focused on proportions and spatial representation. The elegant beauty of the Madonnas and the grace of decorative details, especially the golden backgrounds called "fondo oro", have made them famous all over the world. You see masterpieces by these artists in museums all over the world, from London to Washington DC to Los Angeles. 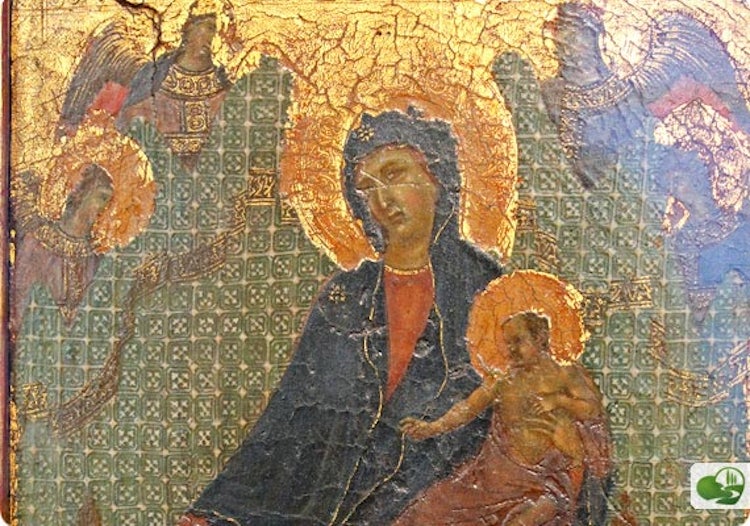 Rooms number one through four are dedicated to the earlier painters culminating in Duccio di Buoninsegna. Make sure not to miss his tiny “Madonna with child”, the "Madonna dei Francescani", hanging in room 4. It is not very well conserved but considered as one of his masterpieces expressing in very limited space different styles, from traditional Byzantine influence to more gentle lines in the face and in the cloak of the Madonna.

Artists of this period were masters in their big workshops, where each one had his own role in the long process of preparing a big altarpiece. If you carefully observe a large altarpiece, you can notice traces of the many stages of work: levels of preparation of the wooden base, bright colours obtained from precious materials (such as the blue from lapis lazuli) and the thin layers of gold laid in small square pieces and sometimes etched with figures. 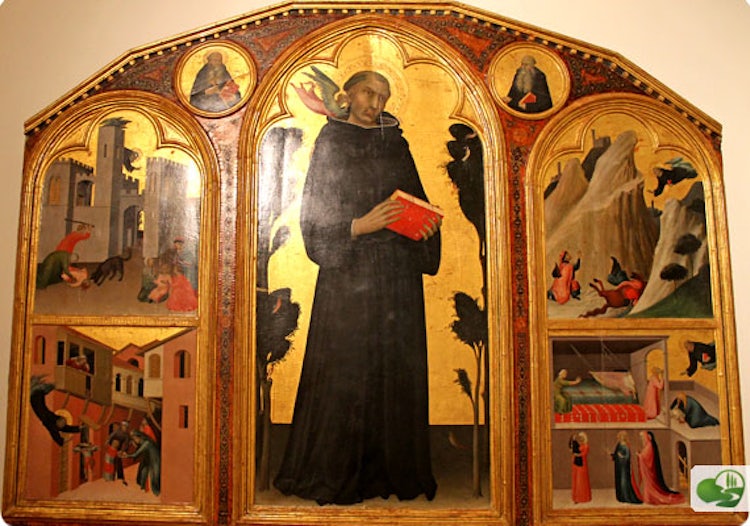 You will also find amusing descriptions of daily life of the time through these paintings. Take, for instance, the altarpiece dedicated to Beato Agostino Novello by Simone Martini in room 5. Four small paintings on the side of the central figure of Agostino illustrate episodes of his miracles in the streets of a city, which many believe to be Siena in the 14th century. In room 7, you can admire various masterpieces of the Lorenzetti Brothers, one of whom also painted the famous fresco cycle about "Good and Bad Government" in Palazzo Pubblico.

The 15th century and Sienese Renaissance

The rest of the rooms on the second floor are dedicated to 15th century Sienese painters such as Giovanni di Paolo, Sano di Pietro, Sassetta and Domenico di Bartolo. Big altarpieces with golden frames still dominate but now with Renaissance expressions. In the last room, you can admire some paintings of the great master Francesco di Giorgio Martini. He was a real Renaissance man working in different fields such as painting, sculpture, architecture and engineering.

At the lower level, you will find paintings of the Sienese artists from the 16th to 17th century. 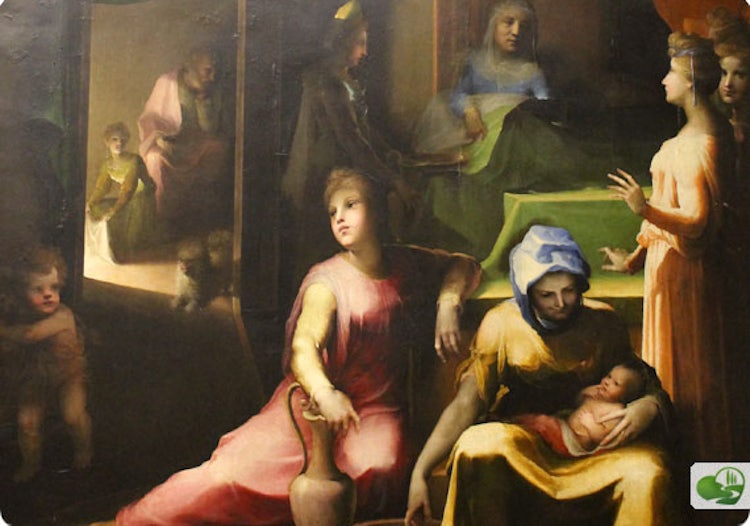 Even though they may not be as famous as the earlier masters, some masterpieces by Domenico Beccafumi and Giovanni Antonio Bazzi known as Sodoma still deserve admiration and attention of the visitor.

If you want to see more of the beauty of similar paintings, you can explore the top floor that houses a small collection of the Spannocchi-Piccolomini families, consisting of paintings from 15th and 16th century by Italian and North European artists. The most famous ones being San Girolamo by Albrecht Dürer.