In the footsteps of St. Catherine

The Patron Saint of Europe 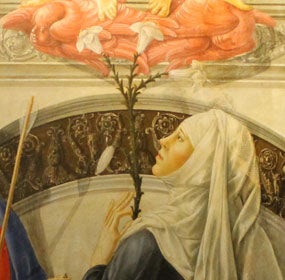 When planning on visiting sites of Siena, it is hard not to consider one of the most famous citizens of their past: an extraordinary woman whose fame has spread throughout the whole of Europe over the centuries. She was born in Siena in 1347 and the legend tells that she was very devoted from an early age - so much so that she refused to get married. Instead she entered into a religious organization called Mantellate third Dominican order of nuns and dedicated her life to the care of the poor and sick.

The thing that makes her life so exceptional is her correspondence with many important personalities of the time and her influence in many political events, like the return of the papacy from Avignon back to Rome.

I suggest visiting some of the places related to Catherine's life in Siena to know more of this courageous woman and naturally to admire the beautiful views this itinerary offers!

This church is definitively the best starting point for the itinerary of St Catherine, as it is her home church. In the chapel, at the opposite end of the altar is conserved a fresco depicting St Catherine with a fellow believer, painted around 1375 by Sienese Andrea Vanni. 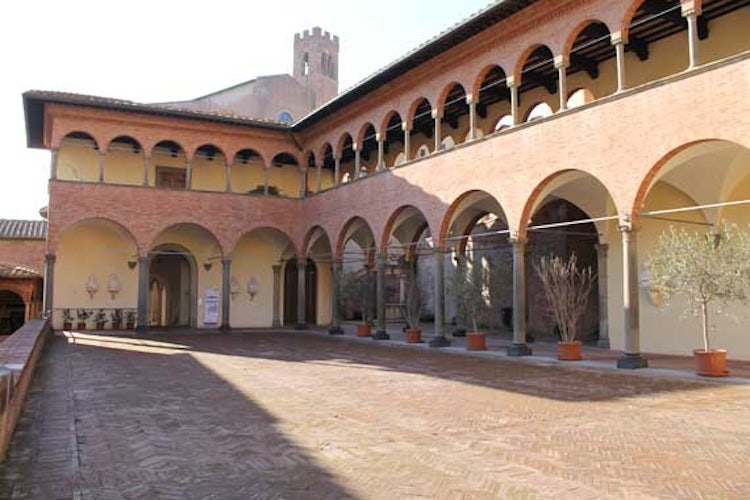 At that time Catherine was still alive, so it is considered the only "portrait" of her with probably true likeliness. On the right hand side of the great nave you find another chapel dedicated to the cult of Catherine, is contained the most important relics of the Saint, her head impressively well preserved in a glass container. They were so fond of their Saint that they wanted to have a part of her body in the homeland although at the time of her death in 1380 she was in Rome, where the rest of the body is buried. It is worth visiting the Basilica of St Domenico also for many works of art by important Sienese artists that the church preserves, like the beautiful Adoration of the Shepherds by Renaissance Master Francesco di Giorgio. 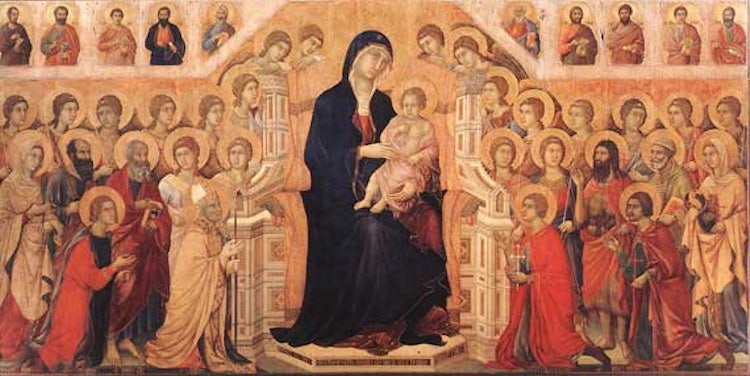 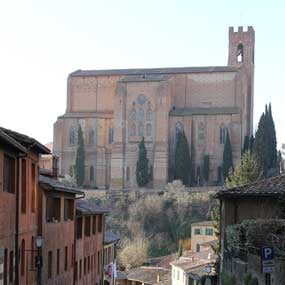 From Basilica of St Domenico take Via della Sapienza and then turn right into a steep downhill where about halfway down you can find in the home-sanctuary of Catherine constructed in the place where the Benincasa family once lived. The cult of Catherine grew quickly after her death and especially after Sienese Pope Pio II canonized her in 1461. The entrance portico of the Municipalities of Italy was constructed after 1939 when Catherine was proclaimed patron Saint of Italy. In the museum, with free entrance, you can admire the beautiful ceramic floor in the Oratory of the Kitchen, once part of the house, and many frescos depicting episodes from the Saint's life. Downstairs is a small room where Catherine used to rest on a stone pillow and in the Church of the Crucifix there is a 12th century crucifix  from Pisa, which was supposed to have given the stigmata to the Saint.

From the house you can easily go down to Fontebranda. Catherine was born near this important fountain.  Her father was a textile dyer and he worked in the area of Fontebranda where the water from the fountain was essential for his activity. From here you can take the escalator to get up near the Cathedral or if you prefer you can follow the narrow but panoramic Via del Costone and enjoy the view from this uphill street where Catherine once had mystical vision, which is now commemorated with a painting on the wall. Read more about Fontebranda and St Catherine. 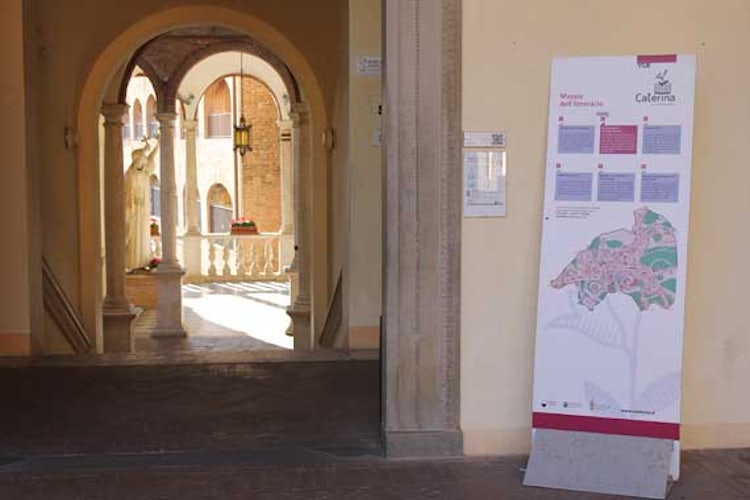 You can observe one curiosity connected to the life of Catherine climbing the stairs from Babtistery to the Cathedral. Check carefully to find a sign of a cross in one step, that is the place where St Catherine once fell during the temptation of the devil and broke her leg!

In the ancient hospital Catharine spent much time taking care of the poor and sick people. Inside the museum complex you can visit the Oratorio di Santa Caterina della Notte, built by her devotees in the place where she prayed and cured the sick.

Read more about the complex of Santa Maria della Scala.