The Civic Museum of Palazzo Pubblico

The Museo Civico, the city museum of Siena is situated at the heart of the city, in the first floor of the city hall known as Palazzo Pubblico in the main square of Piazza del Campo. Palazzo Pubblico is still used for its original function, for the municipal offices of Siena. The entrance on the right side leads to the offices and from the main entrance on the left side you enter into the courtyard called the Cortile del Podestà. From there, you find access to the city museum and to the tower, Torre del Mangia, from where you can admire a splendid view over the roofs of the city after climbing over 400 steps. At the end of the courtyard, you will find the ticket office to the museum, beside the entrance to the city theater. 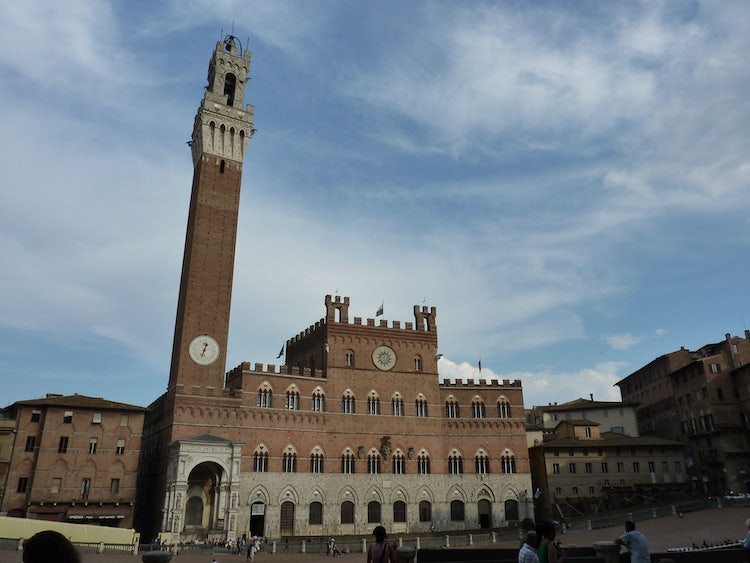 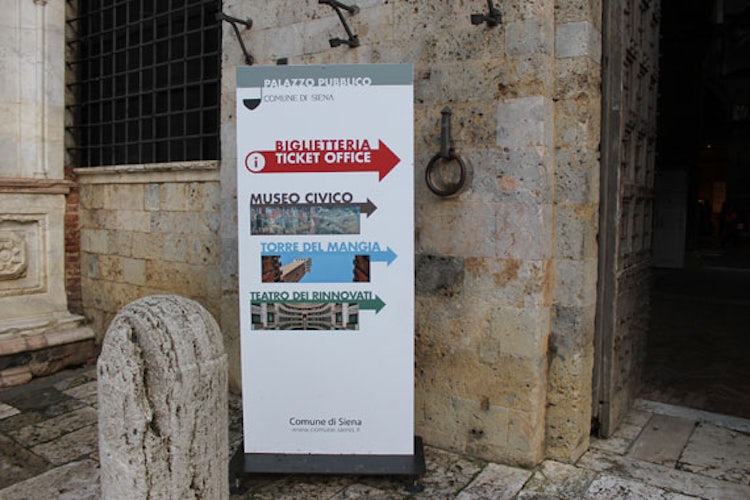 I warmly recommend a visit to the Museo Civico as one of the highlights of the city even if you just spend one day in Siena and, of course, it is a must if you have more time. Just an hour can be enough to see all the most important art works that this museum preserves on its walls. In this article, I present the main attractions of the museum, but as the walls of the rooms are practically all covered in frescoes, the visit offers you much more to see! 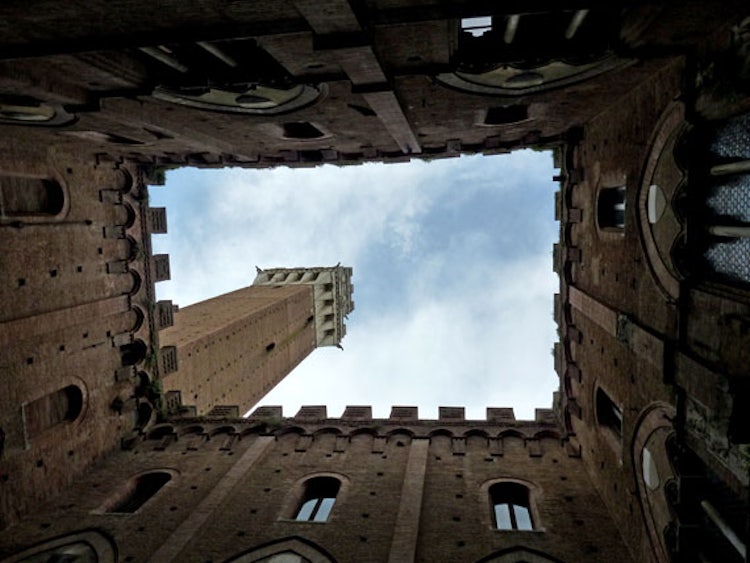 Paintings as a social message for the citizens 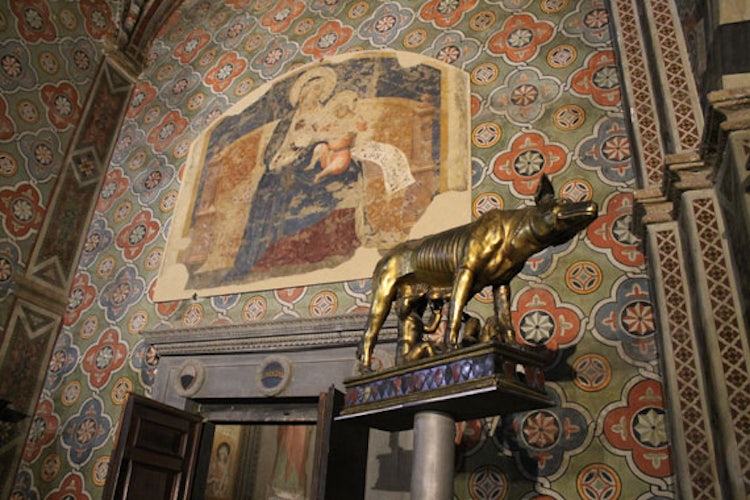 To understand the meaning of the paintings, it is good to know a few things about the history of this building. The Palazzo Pubblico was constructed between the last years of 13th century and the first decades of the 14th during the Government of the Nine, called Governo dei Nove, because of the nine representatives of the people elected from the middle class, they were not from the noble families. These nine men remained in office for two months in time and governed the city without external influence, as they never left city hall during the period they were in office. One of the most important rooms is, in fact, the Room of the Nine, the Sala dei Nove, where they received visitors, so the message of the pictures had to be clear.

The Fresco Cycle of Good and Bad Government 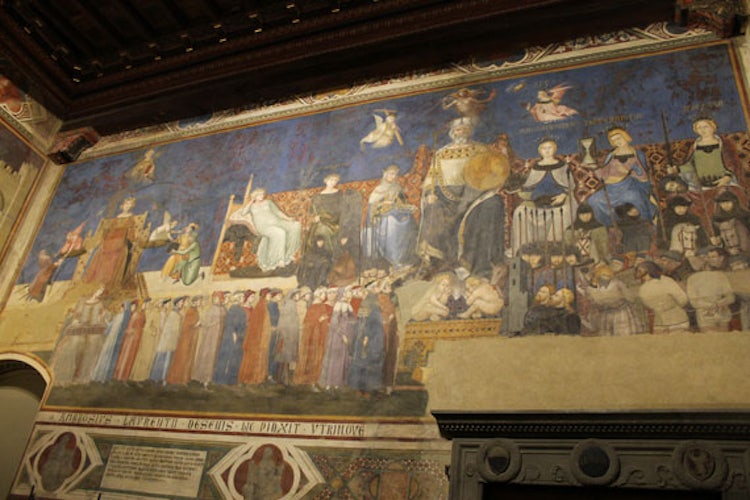 The Sala dei Nove, the Hall of the Nine, conserves the main attraction of the museum, the fresco cycle of Good and Bad Government by Ambrogio Lorenzetti. The paintings that cover three walls of the room are exceptional in the art history of the time, representing secular subjects instead of religious ones. The Government of the Nine wanted to demonstrate with the allegory of the figure of Justice how the city and the surrounding countryside work under the right governance (good governance) and how it could be if it was the opposite (bad governance). Unfortunately, the wall with the Bad Government is badly damaged and only in part still visible. 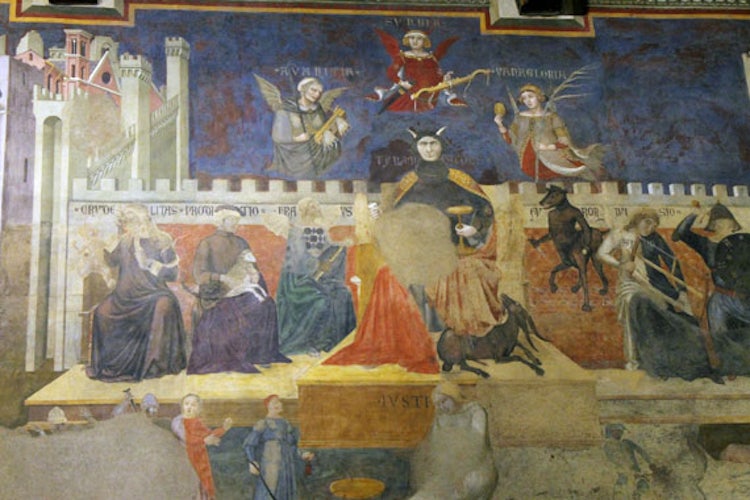 Sit on the benches around the room and take your time to admire all the details of city life of the time. The view of the countryside is not so different today from the landscape depicted around the city with the vineyards and olive fields. 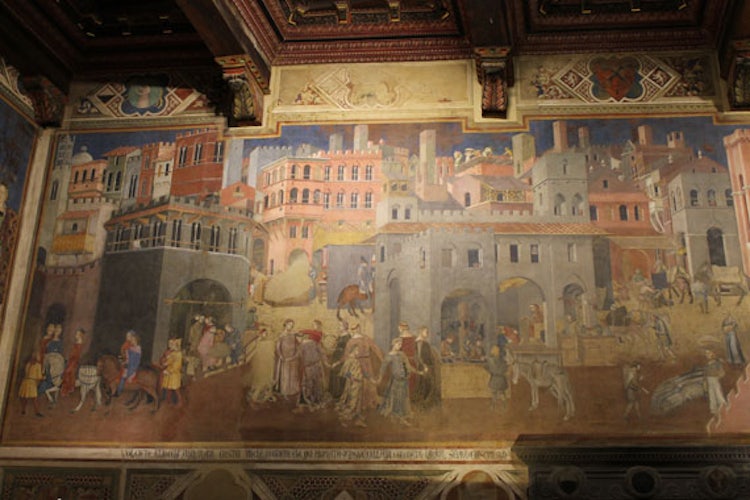 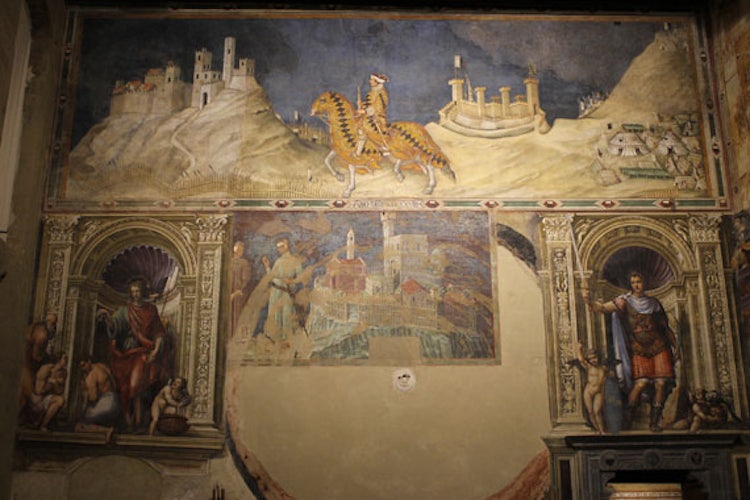 The biggest hall is called Sala del Mappamondo, the Hall of the Globe, due to the large, round globe that was once hung on the wall. On the upper part of the wall, there is a famous fresco of a knight on his horse, Guidoriccio da Fogliano, with two fortifications and a beautiful blue sky in the background, this was also quite an unusual subject for its time. On the other end of the room, you can admire another masterpiece by Simone Martini, his magnificent Maestà, the Madonna in throne with the Child, surrounded by angels and saints. The four figures in the front are the patron saints of the city. 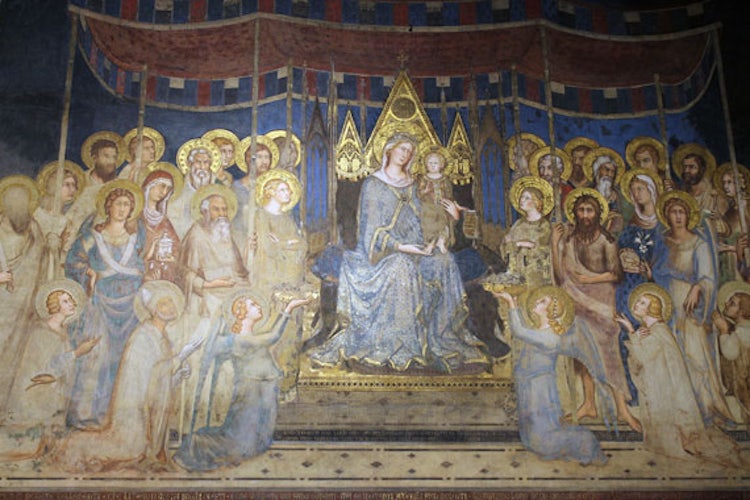 I recently participated in a guided tour for children with my son and he loved it. The vivid figures of the frescoes contain many details that can be fun to discover with children, so the Civic Museum can be a good choice if you travel with children (here's some more ideas for visiting Siena with children). At the end of the visit, do not miss the panoramic terrace which can be reached from the top floor. 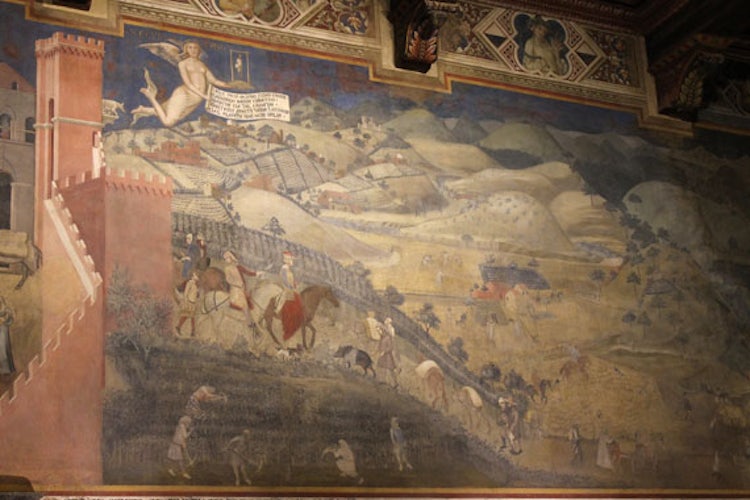 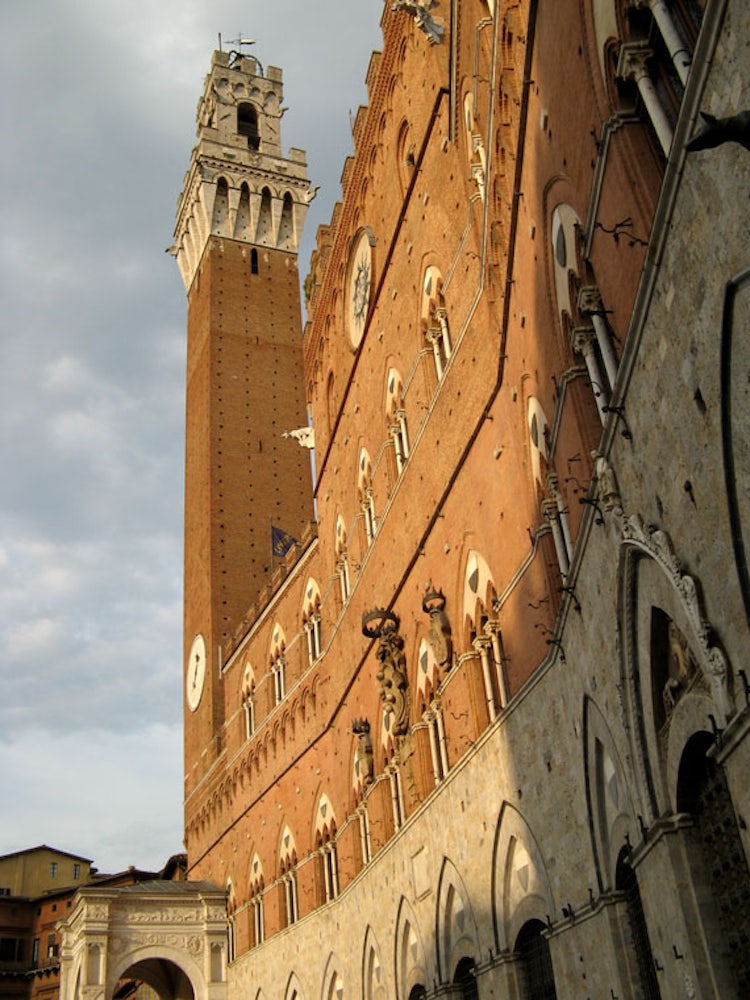 - kids between 12 and 19 anni, over 65, college students from non-Siena schools, military, partnered organizations