In Italy, as in all Catholic countries, Carnival is celebrated between January and March, in the period between Epiphany (January 6) and Easter (April 12, 2020).  The more important dates for 2020 include:

The word "carnival" comes from the Latin "carnem levare", a term that refers to the condition of abstinence from meat and fasting of the faithful during Lent (40 days before Easter).

The weeks of Carnival were a period of celebration with elements common to ancient traditions such as the Roman Saturnalia and the Greek Dionysian celebrations.

The Carnival is celebrated today throughout Italy with colorful parades, floats and fun events for children and adults. The Carnival of Venice is certainly one of the most famous in Italy, but in Tuscany, there are also several very popular events including the Carnival of Viareggio and the Carnival of Foiano della Chiana. 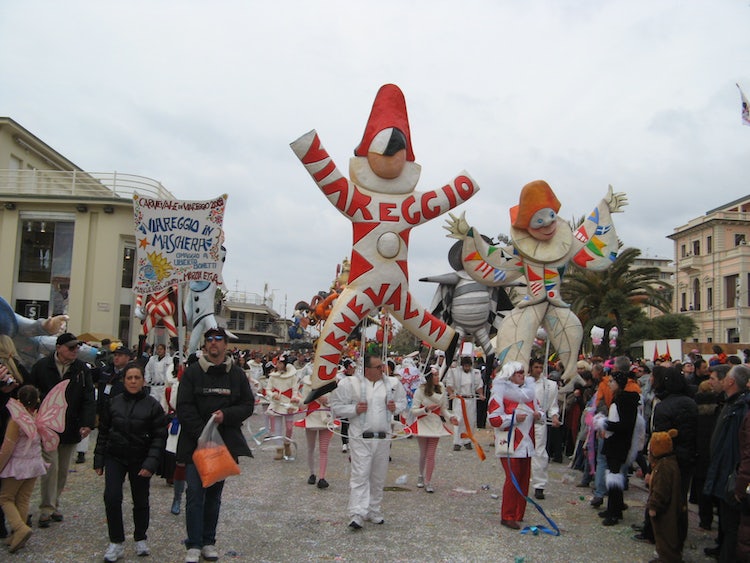 The Carnival ends (or at least it should end) with Mardi Gras (Martedì Grasso or Fat Tuesday) and although in Italy it is not a day of festivity, on the occasion, there are events and parties everywhere, even in smaller cities.

Even if then Lent starts, several Carnival parades continue on the Sunday after Mardi Gras.

If you're in Tuscany during this period, read below for the places you can go to celebrate Carnival every year.

Author's Note: This article was last updated on December 10, 2019, to make sure we’re giving you up-to-date info, if the dates have not yet been announced then we indicate TBA (to be announced) - any dates that have been updated from last year will include the year so you know it is the latest news!

The Carnival in Viareggio, a tiny coastal village in the Versilia area, is without a doubt one of the most famous Carnival events. It draws thousands of visitors of all ages every year. We have a full article dedicated to the floats in Viareggio here.

Folkloristic parades with floats representing various themes will be accompanied by live music, coriandoli and groups competing with handmade masks. Made to be enjoyed by one and all but especially the younger crowd will enjoy the silly antics of all who perform.!

From 2 pm till 6 pm games and fun especially for the kids.

From 2 pm till 6 pm games and fun especially for the kids in the city center.

In Piazza Ognissanti from 2pm in Florence takes place the "Carnival of Kids". Free admission. 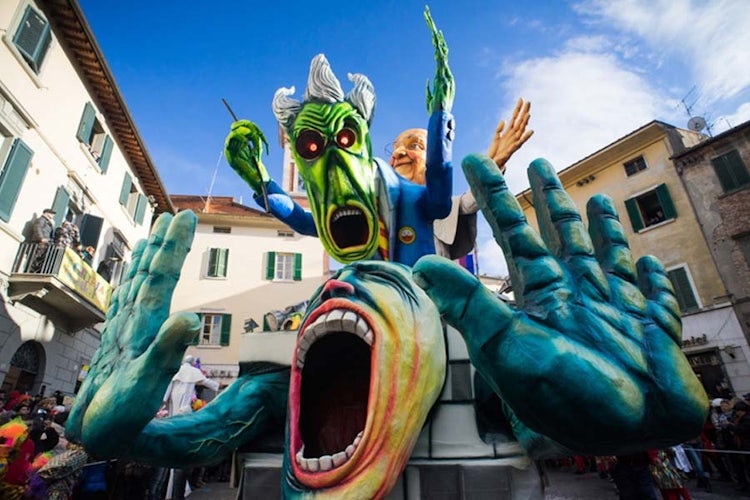 one of the oldest in Italy

Foiano della Chiana is located south of Arezzo and it comes alive with colorful floats and costumes in February/March parades.

Over 50 years of celebrating

The tradition of carnival in Follonica started in 1910 and has transformed over the years creating the fun and enthusiastic atmosphere that we experience today. The 8 districts of Follonica compete with paper machè masks and allegorical floats.

The character “il Cicciolo” is also known as the King of Wine, and is normally represented as a jolly, drunk float making his way down the streets of Piombino. He doesn’t make it far because tradition has him burned at the stake on Martedì Grasso in Piazza Bovio. The flames serve as a signal that the fun and games are over and Lent has begun for the Easter season. 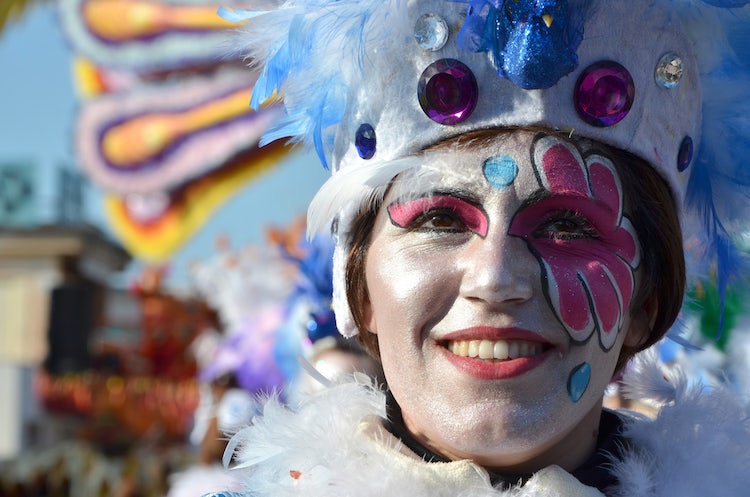 You won’t find another like it in all of Tuscany! The concept of this carnival exhibition is to promote awareness in recycling and handcrafting, and it encourages participants to make their masks using tools and material in that spirit.

The charriots are ready to take back the scene and entertain the thousands of children and families who for years have participated in this historic carnival whose origins date back to 1904 and which since 1978 takes place as we know it today. Free event.

The origins reach as far back as 1350, when Bibbiena was ruled by the powerful Tarlati family. So now every, Martedì Grasso, the legend tells us that the two competing factions in Bibbiena gather to vindicate a Ms. Mea - who was caught between two loves - with songs and dancing in Medieval costumes. 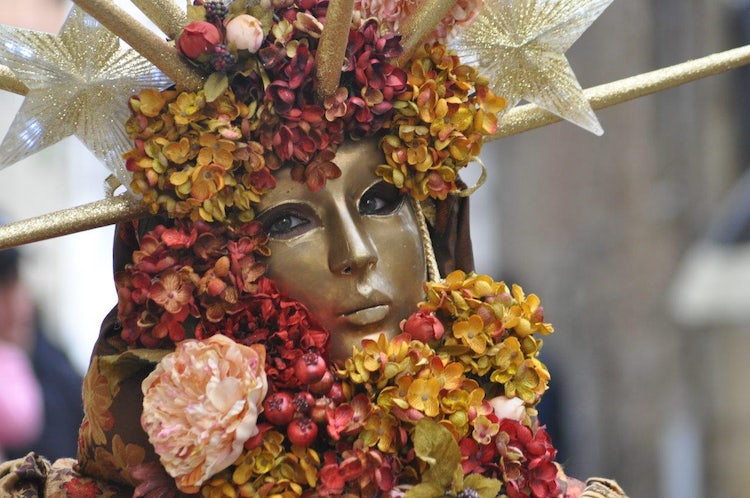 The entire town transforms its squares, streets, and roads into a scene of fantasy where over two hundred people parade around in bright and luminous costumes hiding their faces behind masks of fantasy.

Febraury is one of the best months for visiting...