Surrounded by the Fabulous Tuscan Landscaple

let us introduce the true star of Chianti

Normally you would expect me to say "meet the owners" but in this case, the villa is truly the diva of the situation. It has spunk, it has decorum, it has a timeless beauty and it definitely has a generous and welcoming nature.

It might be Tommy & Chiara, the owners, who meet you at the front door, show you to your rooms and answer all your questions, but it is definitely Villa Vianci who works its magic to create incredible memories of your time in Tuscany. 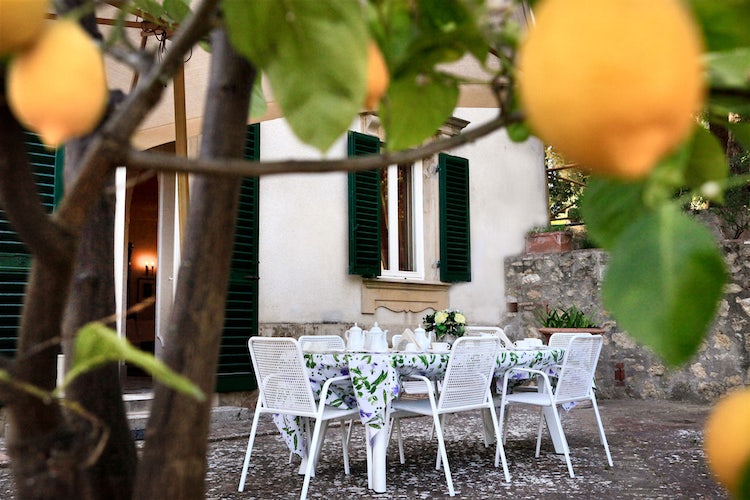 The villa has been inTommy's family for three generations ... and a fourth is on its way.  Villa Vianci was bought as a country squire's home, it was Tommy's Grandfather who gave the villa the prestigous look that it has today. The idea was to give his wife, the daughter of a noble family from Siena, a wedding gift.

And most would say that the architect did a wonderful job of giving it a face lift. But after having toured the villa from the basement to the attic, I would say that not only did he give it a new form but he created the space for the spirit of Villa Vianci to shine forth.

A Review of Villa Vianci

We loved: the way the villa is organized with large rooms, elegant decor - but not too elegant that you would feel uncomfortable just simply relaxing

Ideal for: large families or groups getting together, the position makes it excellent for exploring all of Tuscany

A Place for Families

Fascinated by the fact that Tommy grew up with this villa in his family, I asked him what remembered the most as a child. "Actually I really only knew the house as I got older, and the first thing that really struck me about the villa was how luminous it was. With 9 windows on each side, and 20 on the front - the villa is always filled with light."

He looked a little sheepish when he added, "As a kid I never noticed it because the house was almost always closed up but when Chiara and I decided to open to the public and we came down to clean it up...well after cleaning all those windows you notice just how much light there is." 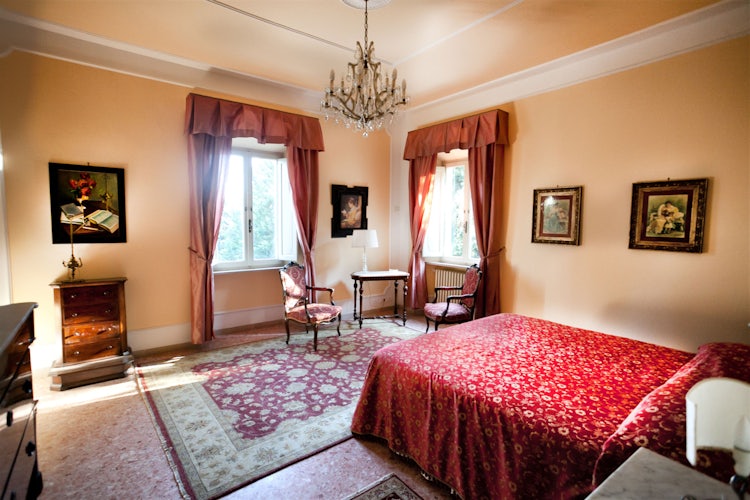 Divided into two floors and several outdoor areas, Villa Vianci guarantees its guest lots of space. The double living room, the formal dining area even the modern kitchen provide several places where gathering together is made easy on the ground floor.  I asked if he remembered his family events in the villa,  and he quite promptly showed me where they put the Christmas tree when the entire family descends upon the villa for the holidays.

I had plenty of time to explore the vast garden and pool area which they open for hoilday rentals in the warmer months, including the covered dining table, the private pool and serval terrace areas with tables and chairs, even a ping pong table. 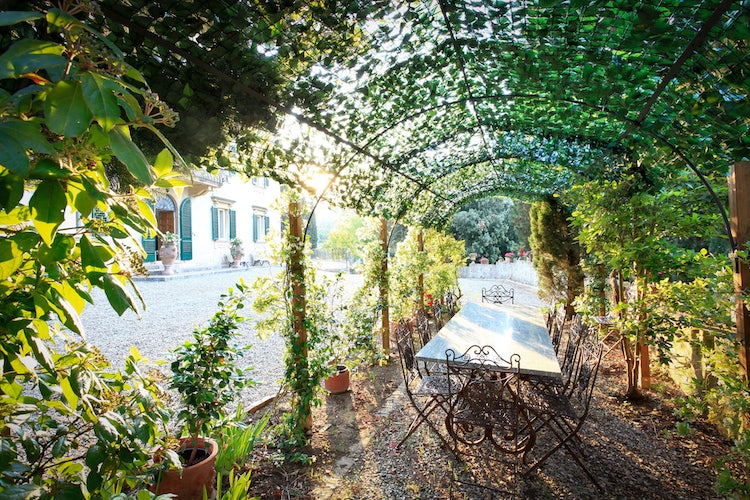 The first floor is accessible from a picturesque stone stairwell which connects the impressive downstairs foyer with a spacious sitting room.  The bedrooms are commodious, with large presitigous windows that take in several different views of the valley and Monteriggioni in the distance - each beautiful in its own special way.

I particularlly liked the bathrooms and the selection of marble and colors that were used to complement the villa. The villa also offers air conditioning in all of the bedrooms for those exceptionally warm summer evenings, even though with the large windows, you are always sure to have a cool breeze filtering in at night. 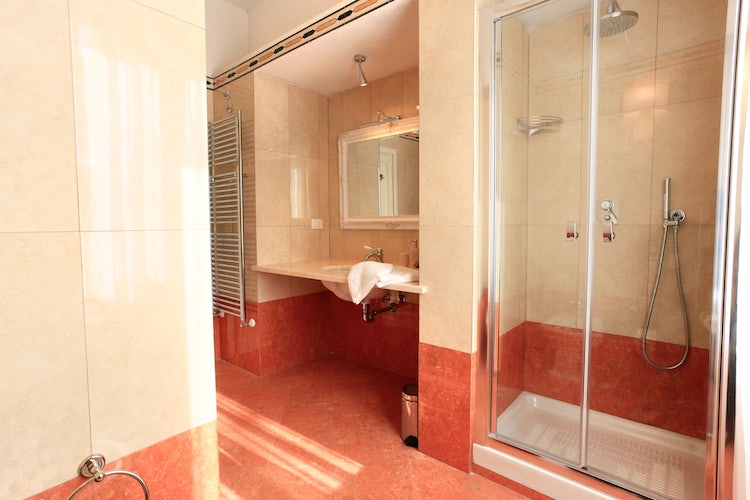 Villa Vianci in a Glance:

It is evident as you move from room to room that the villa was carefully decorated to create many gathering points. The alcoves with comfortable sofas, tables and chairs were perfectly placed throughout the villa.

I mentioned to Tommy how much I appreciated the smooth flow of furniture, colors and artwork.  He looked at Chiara and they both had a little laugh.

"We have tried every once and a while to add something, a new paiting or a little piece of furniture, but she doesn't like it."

Apparently "she" is the villa, and they have both come to accept that "she" has a say in everything that goes on within her walls.  They tried to laugh it off but I could tell they had an immense respect for the villa's opinion; he tried to explain, "if she didn't like a painting....then the nail holding would somehow always come out - or the furniture would just not fit.  So, after a while we just learned to accept her point of view." 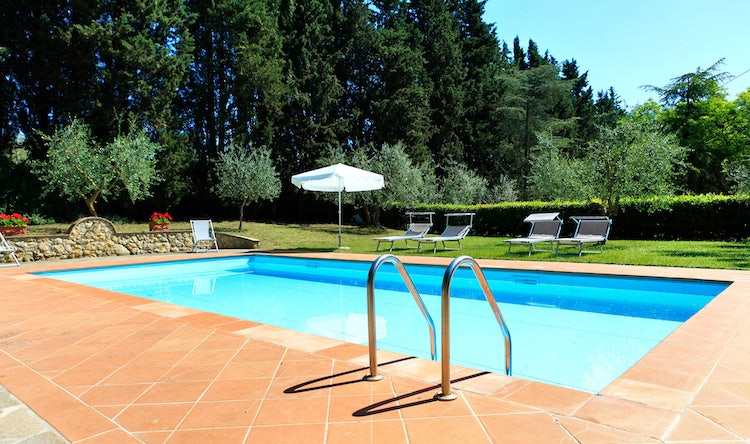 I have to admit, for a moment I thought they were both making refernce to his Grandmother, since the villa was her domain. But Chiara shook her head and clarified that his Grandmother was another "she" whose spirit built the villa.  While cleaning the villa and sorting thru what had been left behind over the years, they had found several boxes that held the stories of another life and mysteries yet to be resolved: like a letter from a soldier who they have yet to identify in the family, a uniform from the war, poetry, paintings and photos.

It was as if the villa was the custodian of deep secrets and is only now slowly letting the family discover them. Even the remarkable business woman that was his Grandmother, is just starting to take shape as they go through the boxes. 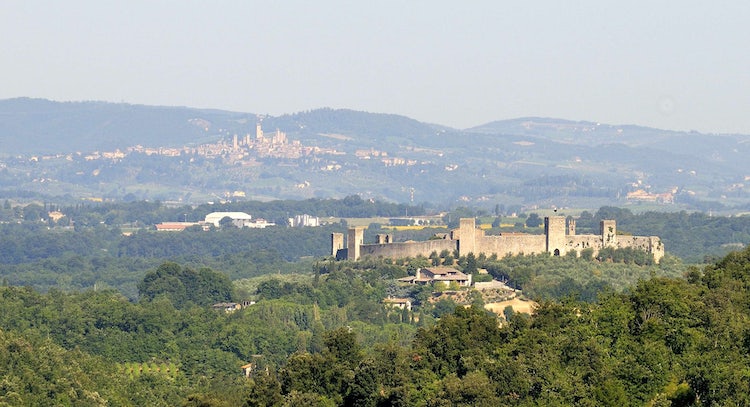 The villa was not difficult to find at all, though I might have argued with my GPS as to the shortest route. I let it win on the way there so as not to be late but on the way home I insisted on finding the road through Chianti Classico. Within minutes I found myself surround by low laying hills and rows and rows (and rows and rows) of grapes. Not that the Villa boasts of its own production (yet) but the potentional is definitely there. Tommy told me as we looked out from the front terrace, that they used to grow grapes and make wine (he even showed me their private cantina, built in underneath the villa and I will say, in a word awesome!)

But it has been some time that the land has been let and others are taking care of the production.  I could see he was dreaming of a day when maybe his son or daughter might pick up the family tradition.

As I spoke with both of them separately and a common thread followed our conversations, this villa was meant to be lived and the best way to live it is with family and friends. The large spaces, the comfortable decor and the many gardens are just made for social gatherings and happy events like a wedding or a reunion.

And when all is said and done, it seems like she (the villa) prefers to have her halls filled with laughter and joy. The position, the villa and the host and hostess are the perfect examples of the famous gracious and warm Tuscan hospitality. 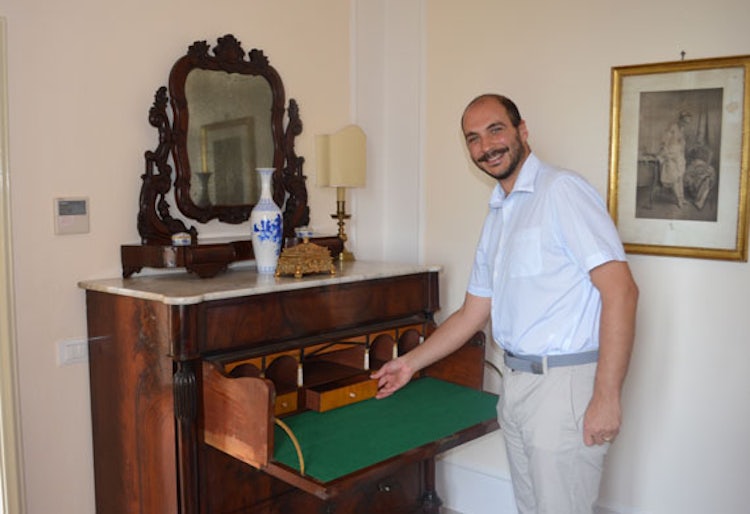 Book Direct with the Owner:

Italians see their Tuscan villas as more than a rental vacation...

The beautiful Renaissance Villa Il Poggiale near Florence is an...

The diverse opportunities at Villa i Leoni near...