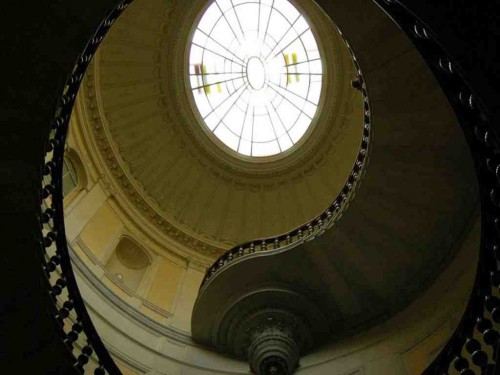 Spring is in the air and the FAI Spring Days are this weekend, March 19-20. The 24th annual “Giornate FAI di Primavera” weekend is made possible by the Fondo Ambiente Italiano (FAI) that oversees some wonderful treasures. Founded in 1975, FAI is a non-profit organization with the mission of protecting and restoring art masterpieces, monuments and parks in their original locations, all of which reflect milestones of history and identity.

This weekend, 900 monuments across Italy will be accessible. In Tuscany alone, 36 locations will be open this weekend that are normally off-limits to the public. Here are a few of our recommendations, go to the official event site to plan your weekend and this year’s must-sees: http://www.giornatefai.it

This is only a selection listed below, there are other locations open in Florence, Lucca, Pisa, Prato, Grosseto and Massa that you can also check out!

In Tuscany, regional highlights include the Ducal Palace in Lucca and the world’s smallest theater, the Teatrino di Vetriano in Pescaglia, near Lucca.

Palaces that are usually closed, like the Italian National Bank (Banca d’Italia) in Florence can be visited during these two days as a way of bringing attention to the importance of protecting Italy’s cultural heritage. The spring event is an opportunity, if one wishes, to make a donation after a free, guided visit.

A great opportunity to spend the weekend in Lucignano, exploring the Medieval Fortress and the Sanctuary of the Madonna della Querce.
Opening hours: Saturday 3-5:30pm, Sunday 10am-1:30pm, 2:30-5:30pm

Italian National Bank (Palazzo della Banca d’Italia, Via dell’Oriuolo, 37).
Opening hours: Saturday and Sunday 10 am- 4:30 pm.
ID card has to be shown at the entrance
Built in the 19th century to house the secretariat of the new capital of Italy during 1865-1869, the palace’s grand staircase by Antonio Cipolla and decorated ceiling by Girolamo Magnani (one of the period’s most important set designers who also collaborated on Verdi’s opera productions) are gems to be admired.

Basilica di Santa Maria in Impruneta
Opening hours: Saturday 10 am- 4.30 pm, Sunday 12 noon- 4.30 pm (no entrance during religious services)
The church, created in 1059 after a sacred image of the Madonna was found, has works by Michelozzo with Luca della Robbia glass decorations. which evolved over the past 1,000 year in a variety of styles, contains a historical chapel designed by Michelozzo and decorated by Luca della Robbia, was damaged in World War II.  FAI has contributed to the restoration, which has continued throughout the years. 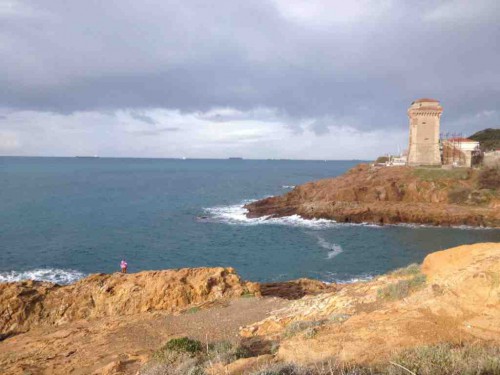 The Tower of Calafuria (Via del Littorale, 248, Livorno)
Opening hours: Saturday 10am-1pm, 1:30-6:30pm and Sunday 10am-6:30pm
Built during the 16th century by Cosimo I as a defensive structure along the coast, during the visit you will learn its history and that of the system for watch of the coast for security reasons. Incredible 360° panorama from the top.

Ducal Palace – Eight Centuries of History (Cortile Carrara, 1, Lucca)
Opening hours: Saturday 2-6pm and Sunday 11am-6pm
Admire the frescoes from the 13th century through to the 15th century arches of the Loggia dell’Ammannati and ending with the New Palace by Lorenzo Nottolini. 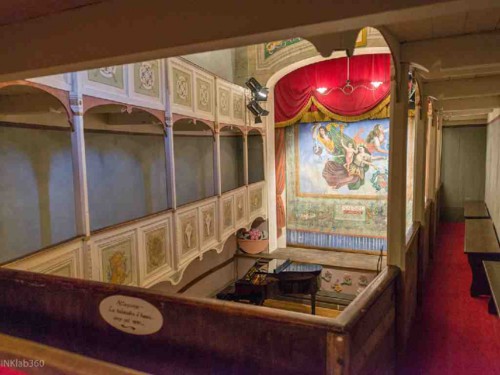 Teatrino di Vetriano (Localita’ Carraia, Pescaglia)
Opening hours: Saturday 11am-1pm, 2-6pm and Sunday 10am-1pm, 2-6pm
This is one of the few FAI sites open year round. In 1997 it entered the “Guiness World of Record” for being the smallest public theater in the world at only 71 squared meters. Built in 1890, it is complete with all that is needed for a theater hall included two levels of seating. Closed in the 1980s, the local FAI Lucca chapter of the foundation took over the theater, restored it and opened it for poetry readings and art shows.

Palazzo Vescovile (Via Puccini, 27, Pistoia)
Opening hours: Sunday only 10am-6pm (last entrance at 5pm)
Guided visits throughout the day, the only one planned in English is at 11am.
A chance to enter into the bishop’s palace in Pistoia, built between 1786 and 1788. The palace hosts great works of art from suppressed churches and monasteries. A private garden and the bishop’s private chapel will be open for this special occasion.