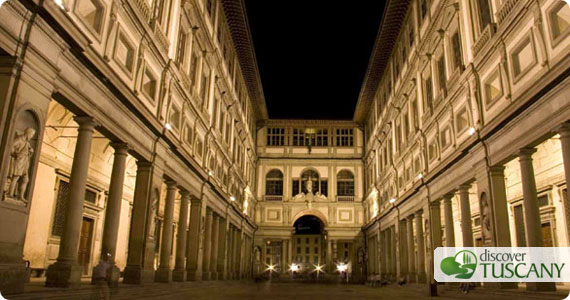 In less than a month, the next section of the new rooms of the Uffizi Gllery will open to offer its visitors a space dedicated to the painters of the sixteenth century, especially to Tuscan masters such as Raffaello, Bronzino and Andrea del Sarto.

The rooms, ten in all, are on the main floor of the Gallery and together with the other 8 Blue rooms inaugurated in December, represent part of the “New Uffizi” project.

In the meantime, four statues included in the path “Uffizi to touch” have been removed from their position because of the start of the work and will not be visible until the new opening.

To get more information about the New Uffizi, visit Uffizi.org.