Saturnia and its Thermal Springs

The Beauty of Maremma, including free outdoor hot springs in Tuscany 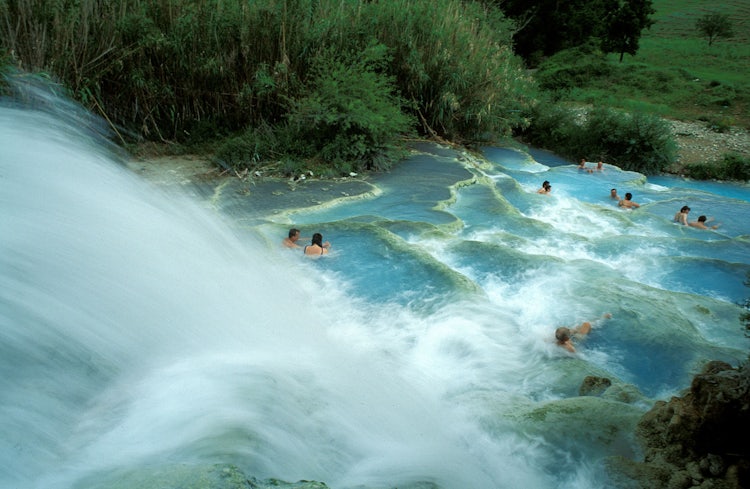 The thermal waters at Saturnia are an enchanting and enticing stop while exploring Tuscany and the Maremma. Take advantage of the free entrance to the hot water springs called "Cascate di Mulino", located less than 6 km outside of the town of Saturnia and 3 km from the Terme di Saturnia Resort.

Before you visit the springs, you may want to stop and take some time to explore Saturnia, a small town in in the Maremma, that stands on top of a hill overlooking the famous thermal springs. This buzzing little hamlet is situated close to an Etruscan necropolis along the Roman road Clodia, situated in between the Aurelia and Cassia roads.

Its origins are extremely ancient: a Greek historian from 60 BC tells how this area was inhabited by pre-classical populations of Greece! Later came the Etruscans followed by the Romans, as proven by the beautiful Porta Romana, Roman Gates, dating back to the 2nd century B.C. 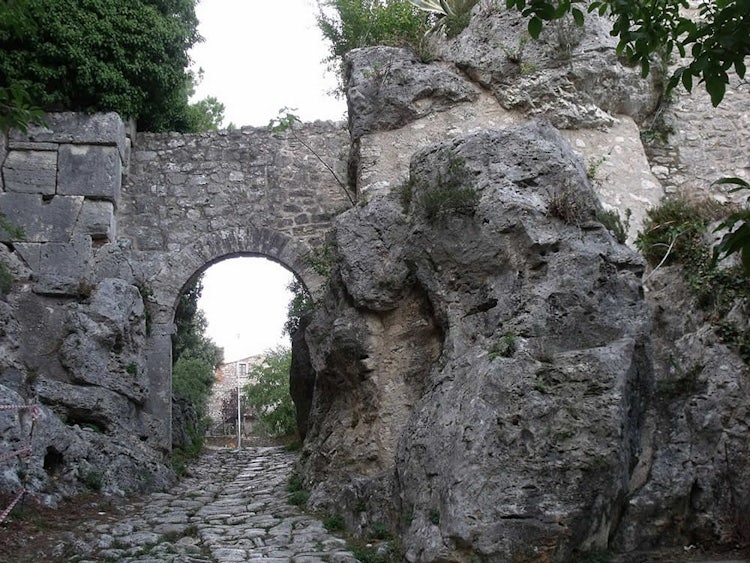 The town became a hideout for outlaws in the 1300's and was thus burned to the ground and left mainly forgotten until the thermal waters came into vouge once again. It was a possession of Siena until the 16th century when it became part of the Grand Duchy of Tuscany.

Remains of these ancient cultures can be seen at Bagno Santo, Holy Bath, that is an antediluvian holy place a few kilometers from the center, or the medieval walls surrounding the small hamlet, which were built by the Aldobrandeschi family. In Saturnia, there is the medieval Church of Santa Maria Maddalena which has been restyled in the early 1900's, with its splendid artistic masterpieces as well as the Archeological Museum and the Aldobrandeschi Fortress (not open to public). 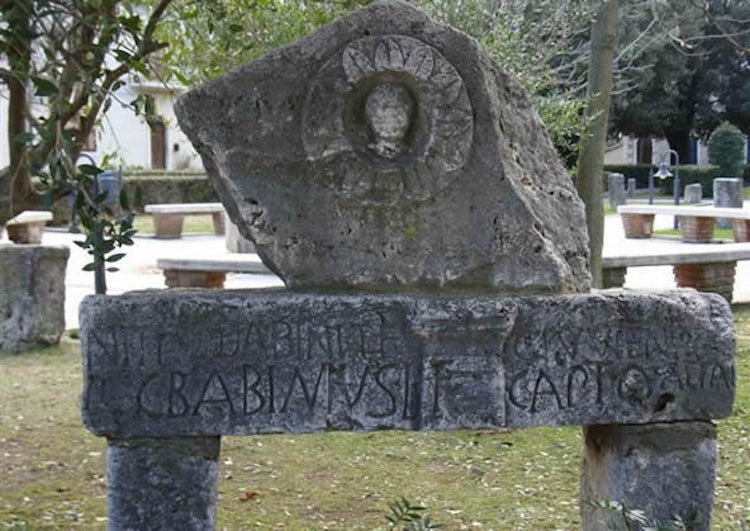 Don't miss taking a walk in the Piazza Vittorio Veneto where you will find more Roman artefacts to exam!

Next to the fountain and in front of Via Ciacci, the two main Roman roads: ‘Il Cardo' and ‘Il decumanu massimi' once crossed. In front of the restaurant "I due cippi”, are Roman baths not fed by sulphurous waters. The floor of this structure was a mosaic in black and white tiles where you can still make out part of a fish and a seahorse. 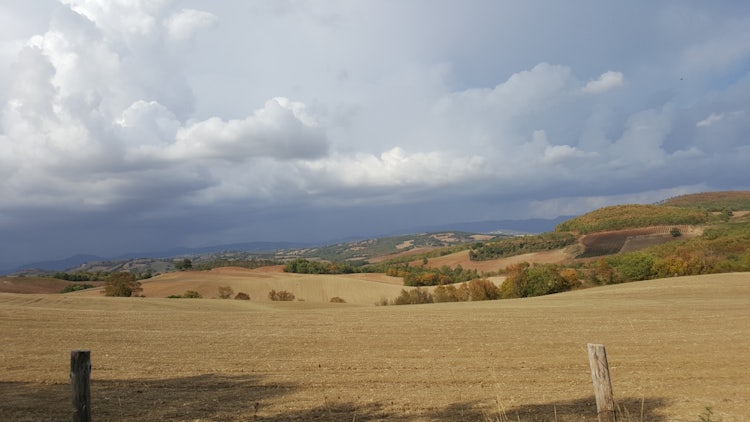 The famous thermal springs are a must in the area

Saturnia's thermal baths are the bubbling waters seeping through the Earth's crust in an area stretching from Mount Amiata to the hills of Albenga and Fiora and reaching Roselle and Talamone. The waters are rich in mineral deposits, especially sulphur which gives it a slightly "eggy" smell.

The composition of the deposits, from the scientific point of view, are composed of "a sulphurous-carbonic, sulphate-bicarbonate-alkaline mineral water, and includes among its peculiarities the presence of two dissolved gases such as hydrogen sulphide and carbon dioxide". The thermal waters have a temperature of 37.5 °C and therapeutic and relaxing properties. 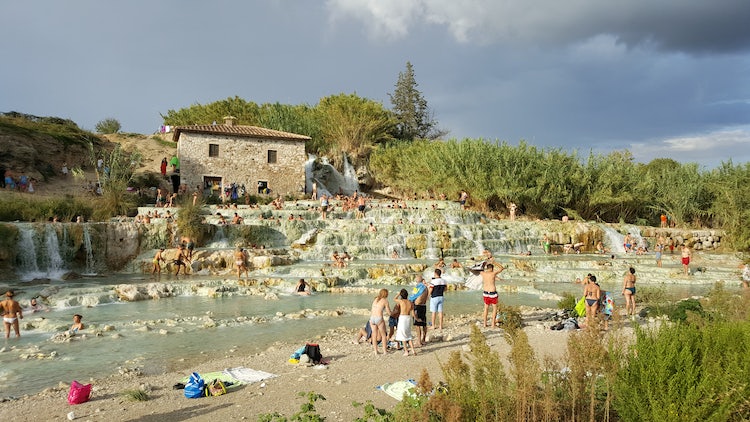 The warm sulphurous waters of Saturnia were well-known by first the Etruscans and later the Romans. In fact, they believed them to be a gift from the gods, and made good use of the waters and its healing powers. Though with the passing of the years, the local superstition changed, and they used the waters less and less.

The Medieval legend has it that its springs are born in the exact point where Jupiter's thunderbolt fell in a battle against Saturn and the scars left by the thunderbolt were the portals to hell, and that's why there was the steamy and smelly water gushing out.

However, the lure of the waters soon beckoned the locals back, and they even constructed a well-maintained resort. In addition to the luxurious, exclusive wellness and spa centers in Saturnia (in the photograph below), the are two free outdoor waterfalls, the Cascate del Mulino and Cascate del Gorello. 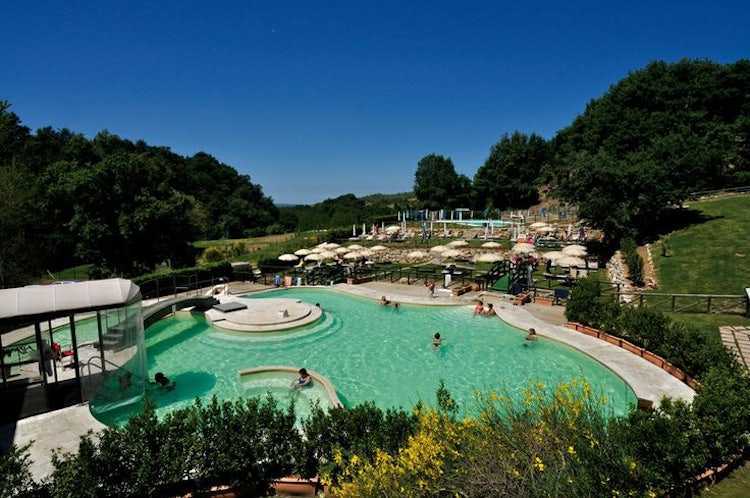 The Cascate del Mulino (in the photograph below) are probably the most famous natural springs in Tuscany. The waterfalls are made of several natural pools of warm thermal water, as well as a relaxing waterfall. They are open to the public and free throughout the entire year.

Saturnia and its thermal springs are certainly another gem of in the treasure that the Maremma offers, an area where wild nature and history melts perfectly, making Tuscany the perfect destination for your holidays in Italy!

How to Prepare For Your Visit

If you are planning on including these hot springs in your itinerary, there are a few things you really must know:

⇒ There are no public changing rooms, so you may want to come dressed in your bathing suit. Most people come prepared with large towels to make it easier to change into dry clothes after they are finished lounging in the warm waters.

⇒ Parking is free but limited. There is one lot practically next door to the waterfalls, though happily enough it is not an eyesore while enjoying the thermal waters. There is a second parking lot not too far off in a large field, it is a short walk and well indicated. During high-season, it can be really hard to find a spot and it is easy to get a parking ticket. So pay attention to where you park! 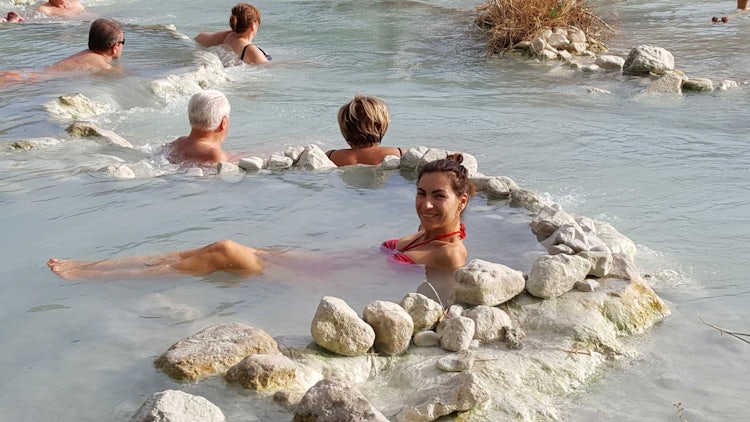 ⇒ The area is virtually unattended by any type of authority that means no lifeguards. You will find however a bar on site with limited bathroom use and typical bar food. Everyone is responsible for their own clean-up.

⇒ The area around the falls and the pools is surrounded by gravel and sand; it is very hard on unprotected feet. My suggestion would be to arrive with water shoes or at the very least flip flops or sneakers you don't mind getting wet.

⇒ Bring a towel and suntan lotion. Don't get fooled into thinking that the waters will protect you from an overdose of sun. There is very little shade in the area and during the summer months, it is easy to get ruby red.

⇒ Come prepared with your own drinks and snacks, the on site bar will provide some basics, but it is not the best representation of the yummy Tuscan cuisine.

⇒ Though many places will tell you that these waters are a well kept secret, they really aren't! Many people come to enjoy the waters - so they are very busy. It is fun to find a pool where you can stand under the therapeutic waters that flow down from the source, but if you are looking for a little more privacy, you can follow the water a it leave the main pools for more quiet areas. 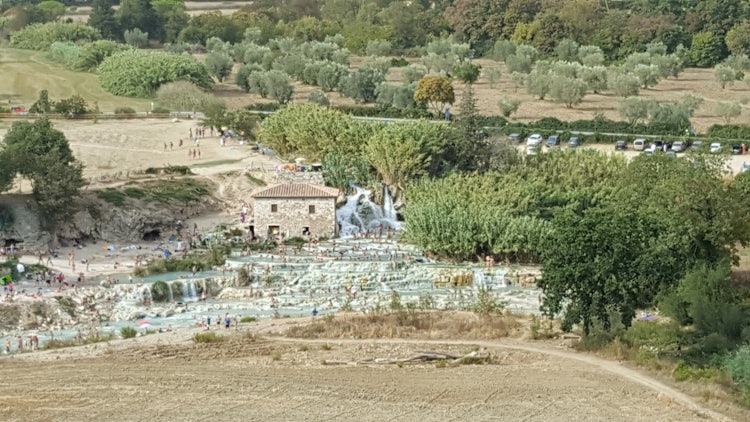 How to get to Saturnia

Without a doubt a car is the best way to get to the thermal waters, especially if you want to incorporate Montecucco or some other fantastic Maremma sites into your itinerary. You can rely on your GPS or navigation system to take you to the falls, simply insert: Cascate del Mulino, Via della Follonata, 58014 Saturnia, Manciano Grosseto

Coming from the north of Italy, take the A1 and exit at Florence Certosa. Follow the Florence-Siena road south towards Siena, continuing along toward Grosseto, then to Scansano, Montemerano until you reach Manciano and Saturnia.

If you're coming from southern Italy, take the A12 and exit at Civitavecchia, then get on the S.S. Aurelia until you pass Montalto di Castro, then turn toward Vulci until you reach Manciano and Saturnia. 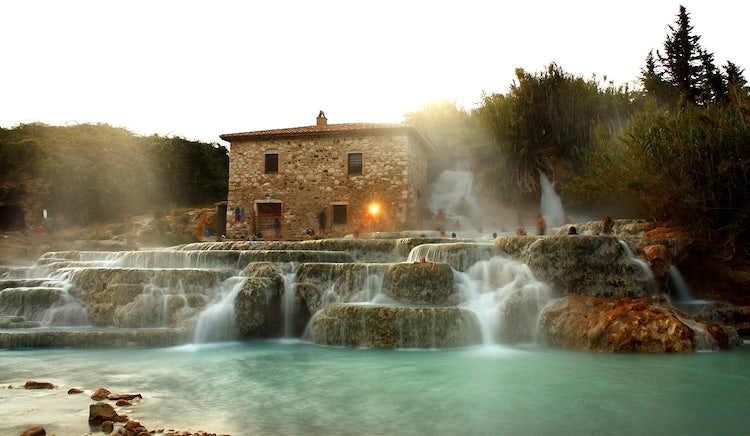 Like many places in southern Tuscany, there is public transport but it is not always very convenient to use - however not impossible!

The closest train station is Albinia but not all trains stop there so make sure to check ahead of time the schedules (www.trenitalia.com). The next closest is the station at Orbetello. From there, take a bus (Rama) from Orbetello or Albinia to Manciano.

These are the bus schedules from Orbetello and Albinia to Manciano: bus line 10/0 (and this for the return times from Manciano)

From Manciano, you'll find connecting buses that take you to Saturnia fairly regularly (about every 30 minutes on weekdays), here's the schedule: bus line 17/P (and return times from Saturnia to Manciano) 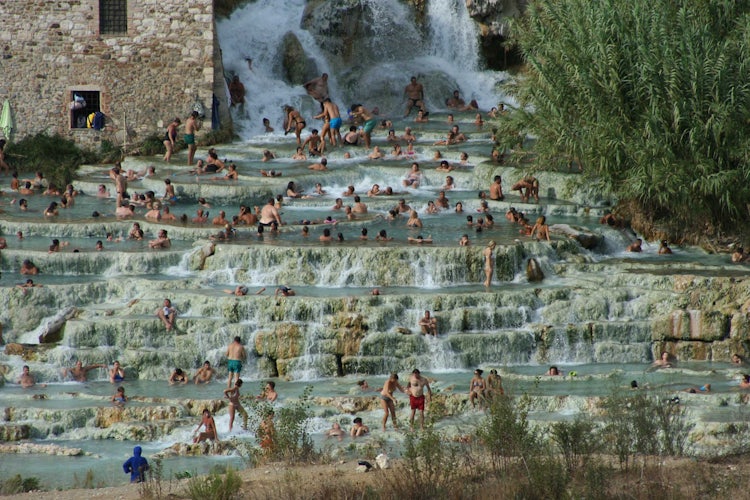 Book Direct in the Maremma

The incredibly beautiful hot springs and the...

Head to Asmana in the summer time to enjoy time in the quiet,...

You can enjoy the outdoor hot springs below the town or in one of...