Sitting atop a gentle hilltop in Chianti, Montespertoli is just 20 km from Florence and 30km from San Gimignano. On one side is the valley that heads toward the Pesa river (Val di Pesa), on the other the valley of the Elsa river (Val d'Elsa). The countryside that surrounds the town is one of out of a postcard of Tuscany: gentle rolling hills covered in vineyards and olive groves, with unpaved roads lined with cypress trees.

Montespertoli lies along the "Via Volterrana" which connects to the Via Francigena near Certaldo. Due to its position, it was in contact with all of the main cities in Tuscany but it is with Florence that lies a large part of its development throughout the course of time. Noble families from Florence, in particular, sought this area for their elegant castles and villas: the Guicciardini, Frescobaldi, Acciaioli, Ruccelai, Strozzi, Barbadori are just some whose imposing country estates and homes define the landscape around Montespertoli. The castle of Montegufoni (owned by the Acciaioli) can be admire along the Volterrana road as you approach Montespertoli from Florence, while the Castello di Sonnino sitting at the entrance to Montespertoli belonged to the Machiavelli family for centuries. 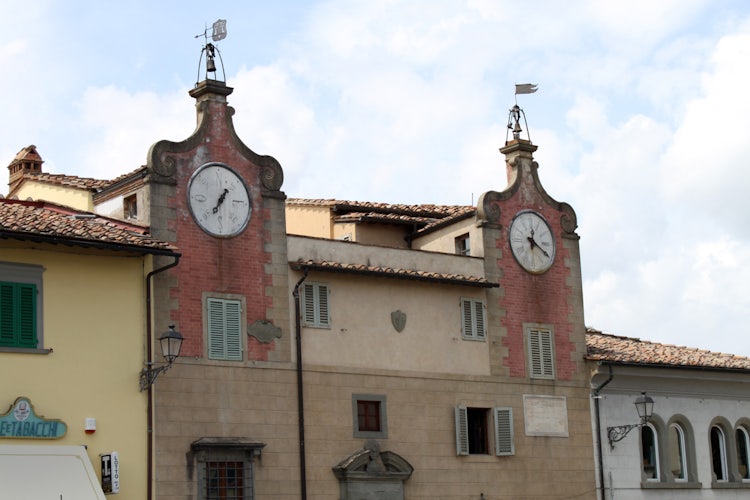 Montespertoli is one of the top producers of wine and olive oil in Tuscany so the area is predominantly agrarian. At the end of May every year, the town hosts the "Mostra del Chianti", a week long wine festival. It is also pretty well known for its truffles, and along with nearby Montaione, they are called "Città del Tartufo". The area is also known for the handcrafting of glass as well as terracotta.

On any given day, the town presents a quiet sleepy look... but if you take the time to look, you'll find treasures in lots of corners!

The Mostra del Chianti and other Events 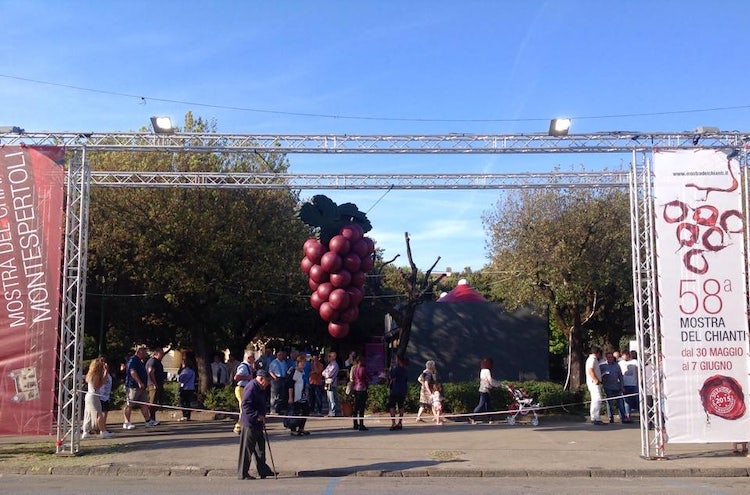 In 2022, the week long wine festival is set to return after two years for May 28 through June 5. Dedicated to Chianti wines from the area, the Chianti Montespertoli and Chianti Colli Fiorentini (Florentine hills), the festival also offers a chance to sample lots of food products from the area while enjoying music in the evenings. You can check out the program on the official website.

A few of the other main events which take place in Montespertoli include:

- in June, the "Sagra del Cinghiale" is a food festival dedicated to the wild boar that roams all over Tuscany (or would roam, if we didn't eat it ;))

- Calici di Stelle (wine) and Opera in Piazza, both in August

- in November, a weekend dedicated to "new" wine called "vino novello" and another weekend to the season's newly pressed olive oil and truffles. 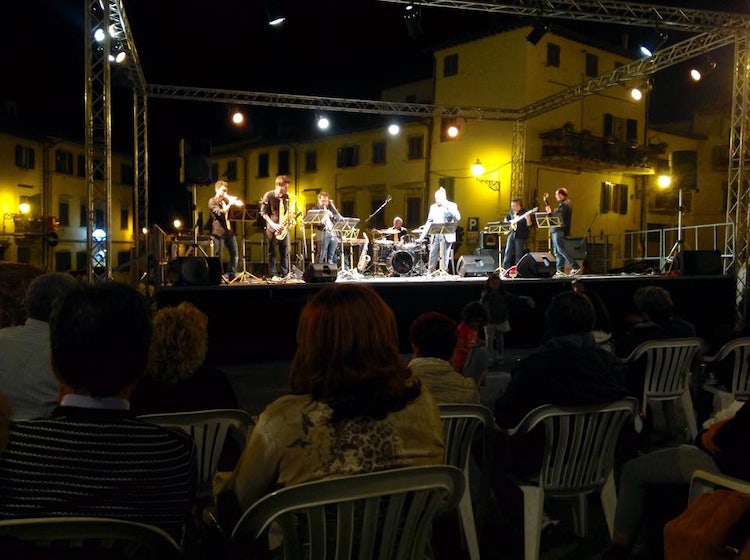 The Church of Sant'Andrea 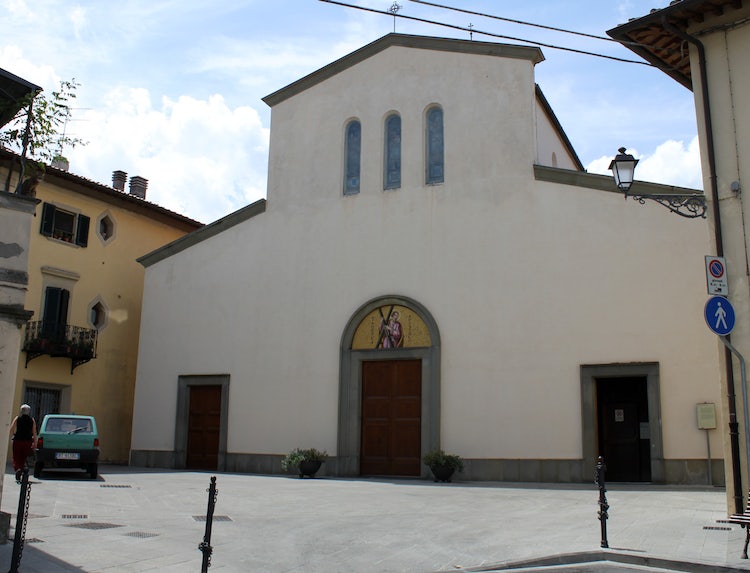 The main church in Montespertoli, the Church of Sant'Andrea, used to be housed within the castle, which today is still standing within the Castello di Sonnino. In the 16th century, the church was moved to its current position in Piazza Machiavelli named in honor of the noble family that possessed many properties in the area. The present church was rebuilt after major damage was suffered during World War II bombings. Within, you can admire many priceless works of art that come from the smaller parish churches in the area, including the triptych of the "Madonna with Saints" from 1380 believed to have been done by the Master of the Misericordia and Niccolò Gerini. 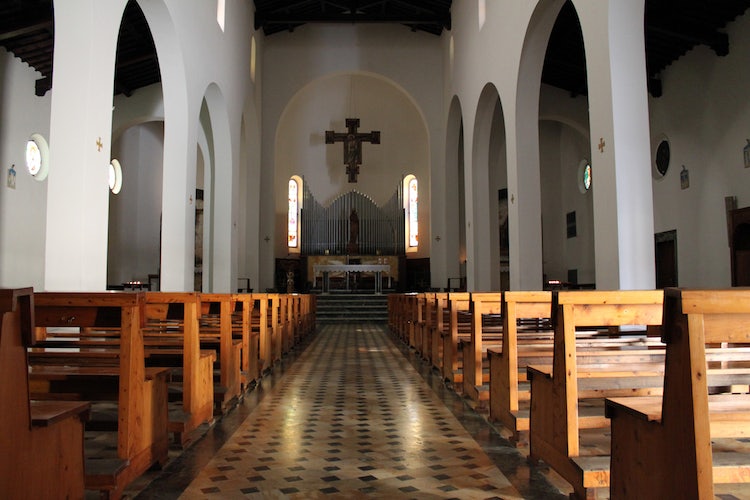 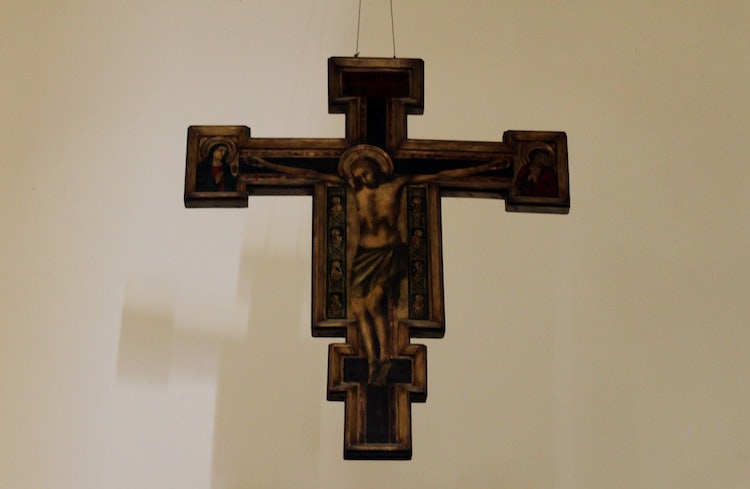 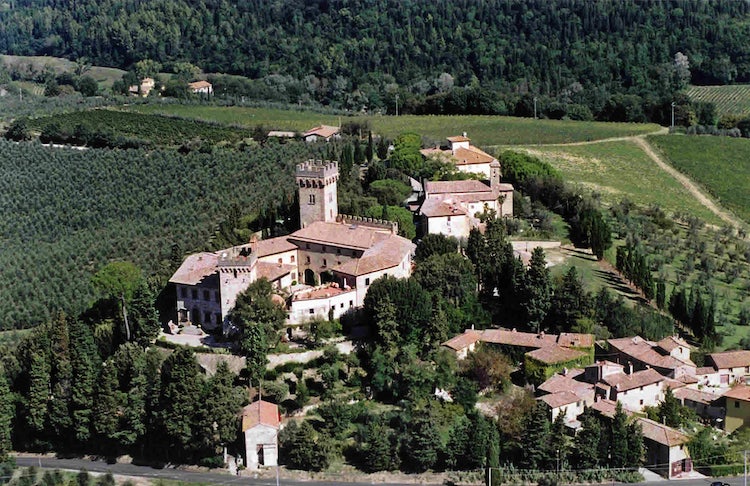 The Castello di Poppiano (belonging to the Guicciardini family since 1200) is a massive medieval structure, with 3 defensive walls since it acted as a defensive outpost for Florence. In 1369, Sir John Hawkwood, the famous English mercenary captain, used Poppiano as his headquarters. It was ransacked and destroyed several times over the centuries by enemies of Florence, with the latest reconstruction dating to 1810-1815 after major earthquake damage. The estate still belongs to the family and is still producing wine and olive oil: you can do wine tastings and take a tour of the cellars and castle tower. To learn more about the castle, go here. 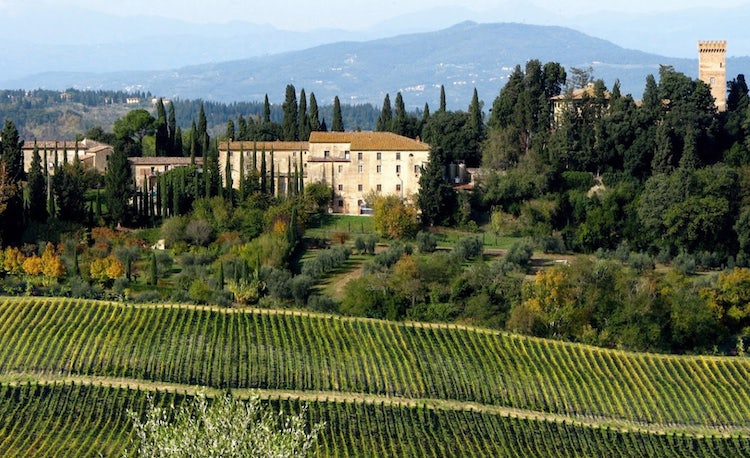 The castle was integral part of Montespertoli in medieval times, belonging to the lords of Montespertoli, a branch of the Conti Alberti da Mangona up until the family died out and the castle passed to the Machiavelli family (yes, the famous one to which the writer belonged to!)

The Machiavelli owned over two thirds of the surrounding territory and they loved art, so many of their works of art were donated to the churches in the area. We can benefit from this generosity by admiring the works at the Museum of Sacred Art (see below) and in many of the area's churches. The castle changed hands in the 16th century and eventually was purchased by the Baron Giorgio Sidney Sonnino, Italian Minister of Foreign Affairs in 1914 and whose family continues to own the estate. The castle today is a wine estate open for tours and tastings. 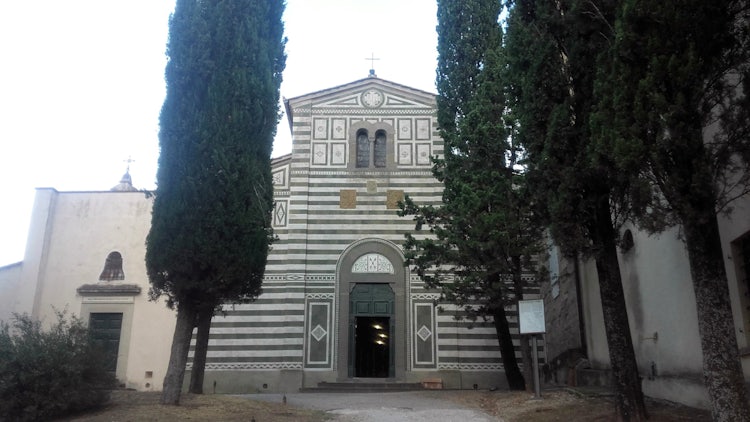 Located in the medieval hamlet of Lucardo, one of the oldest human settlements in the area, the parish church of San Piero in Mercato remains one of the most notable, and oldest, examples of romanesque architecture in Tuscany.

The name "in Mercato" or market, is due to the fact that its vicinity to the important Via Volterrana lent it to being a place of exchange up until the market was moved to Montespertoli.

The white and black marble facade dates back to the 19th century while the tower is certainly from the middle ages. The rectory today houses the Museum of Sacred Art with important works of art from several churches of the area, many which no longer exist, including two works by Neri di Bicci and Filippo Lippi.

The castle dates back to the second half of the 12th century and belonged to the Acciaioli family. Of the Acciaioli family, one of the most famous, Niccolò Acciaioli, was born here on September 12, 1310. Niccolò Acciaioli was a dear friend of Boccaccio and Petrarch, and towards the mid 14th century, was nominated as the Great Seneschal of the Kingdom of Naples. Acciaioli is responsible for the construction of the beautiful Certosa monastery we can still admire today as you exit the Firenze-Impruneta exit of the A1 and head toward Florence, where his mortal remains remain housed today. Today, the castle has been converted into apartments and it isn't possible to visit unless you stay there. You can still admire it from the outside from the Volterrana road. 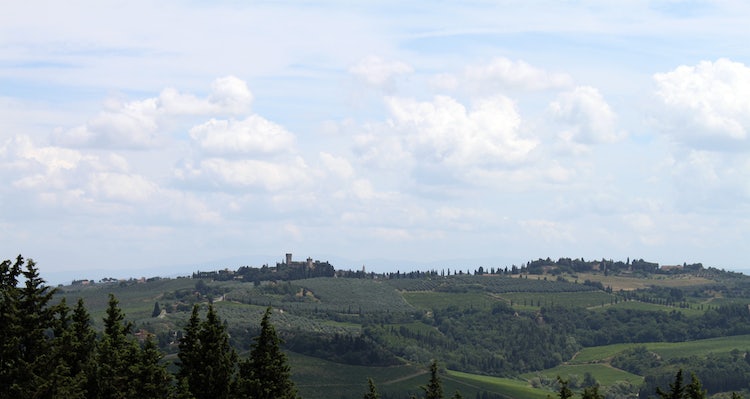 Staying near Montespertoli - Our recommendations

Podere Casanova is a farmhouse from the 17th century now restored and offering holiday apartment rentals by the Lorenzo family. It offers 5 apartments, a pool and large garden with a children's playground, a welcome buffet on Saturdays and free Wi-Fi. Read more »

The 13th century villa is run by the Cantini family who has 9 apartments surrounded by a beautiful garden and pool with views over the Chianti hills. The villa also offers guests a welcome buffet on Saturdays between April and October. Read more »

An enchanting estate perfect for everyone, from couples to families, who will find a comfortable welcome in any of the 9 apartments or 2 rooms available. The working farm offered guests the convenience of a restaurant, a large pool and hot tub, a playground for the kids and a treehouse and a chance to visit the many animals on the estate. Guests can enjoy the farm's products, from wine and olive oil to the salami and white truffles. A stay at Montalbino stimulates all of your senses! Read more »

How to Reach Montespertoli

From Florence, you can take the Via Volterrana all the way to Montespertoli for a very nice scenic drive. The drive should take around 45 minutes.

Otherwise, you can also take the Firenze-Pisa-Livorno (FI-PI-LI) roadway, exiting at Ginestra Fiorentina and then taking the SP12 and then the SP80 toward Montespertoli.

You can also reach Montespertoli from the Firenze-Siena road, exiting at San Casciano and taking the Via Cassia to San Casciano, from there head toward Cerbaia (along the Volterrana road) and then toward Montespertoli.