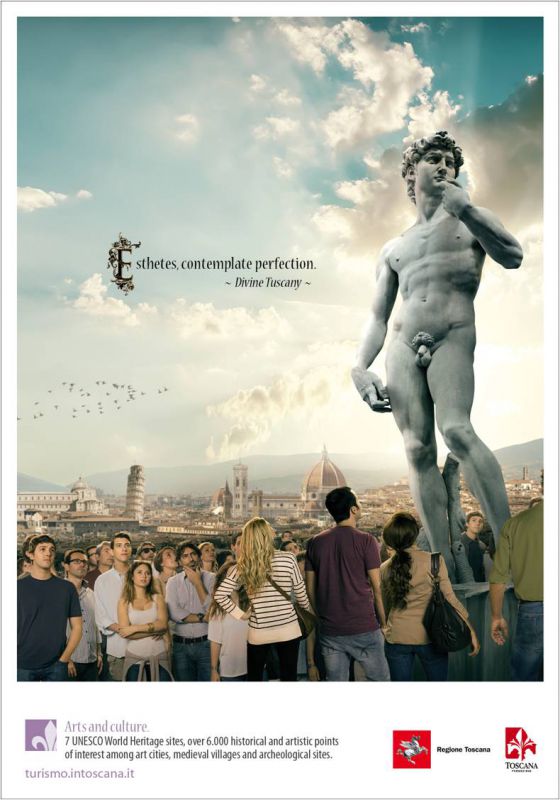 The region’s new marketing campaign to promote Tuscany in Italy and abroad has generated a lot of buzz today, even though it is supposed to come out at this week’s Tourism trade fair (BIT) taking place in Milan from February 13-15.

Inspired by Dante Alighieri’s epic poem, “The Divine Comedy“, the 5 scenes seek to evoke dreamy landscapes to make you want to come visit “Divine Tuscany“. The buzz, however, has been on the images themselves which have been clearly – and not that expertly – manipulated.

Given the dreamy landscapes Tuscany manages to produce on its own, was the retouching necessary? The president of Tuscany’s own regional government, Enrico Rossi, has defined the campaign “Toscana Taroccata” which means “fake Tuscany” and said he prefers the real Tuscany.

My own personal observation on the posters is whether the citations from Dante will be effective at all on the English language posters/commercials/brochures. As an American, I did not grow up learning to appreciate Dante’s clever writing throughout my school years. So I question the effectiveness of a campaign that calls for “lazy” or “vain” people to come to Tuscany. And I admit I had to look up the word “esthetes“* (used on the image at the top) to know what it meant (which I suppose I am, but I would never have defined myself as that).

What do you think? Take a look at the rest of the posters below and share your opinion.

* esthetes is the plural noun for aesthete, a person who has or affects to have a special appreciation of art and beauty. So maybe it was effective in teaching me a new word for today ;-)! 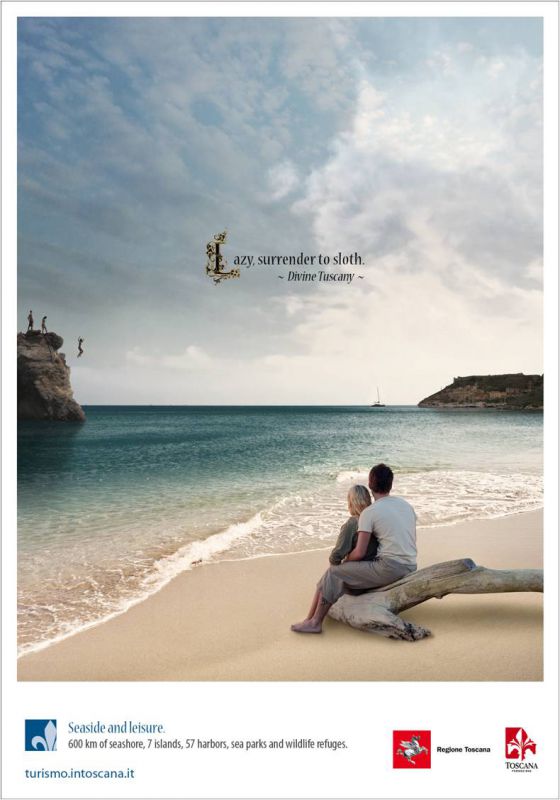 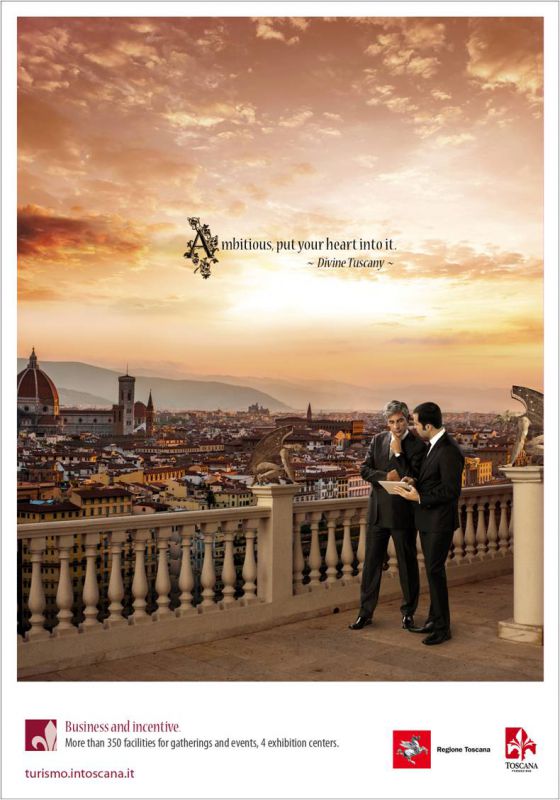 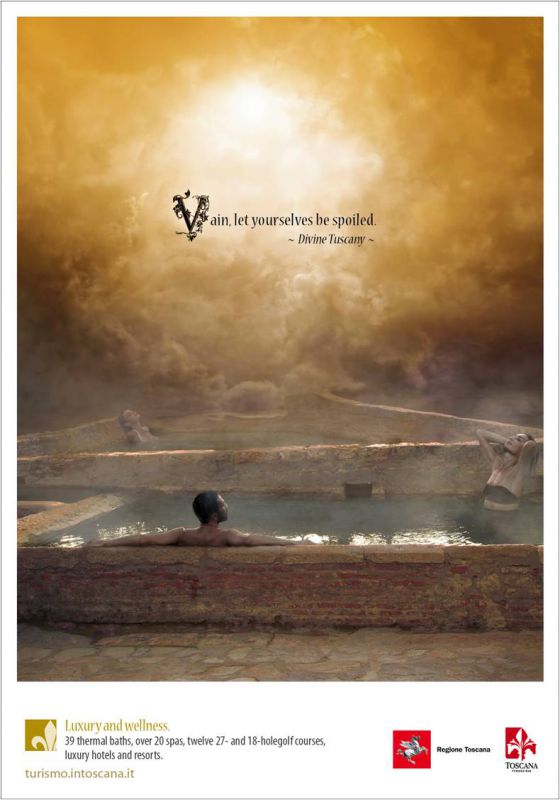 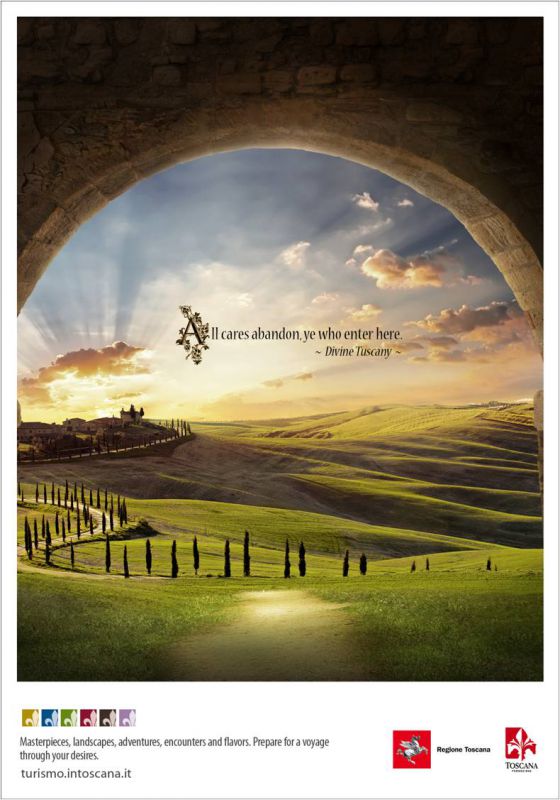