Discovering Florence For The First Time 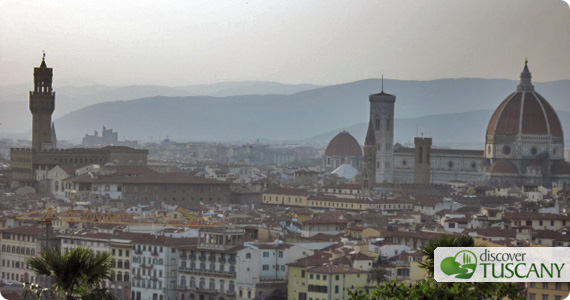 Earlier this summer, I went to Florence for 4 nights. I had never been to this part of Italy before and was excited to discover all it had to offer. It was hard to do this in four days but now that I have sampled a taste and will come back for more!

I stayed in the new Ostel which was right by the station. Everywhere in Florence you can walk to and I certainly did a lot of walking. I even signed up to a walking tour with myTour excursion on my last day which had been organised by the hostel (and was offered at the great price of 25 euro). The tour was supposed to last for 2 hours but it lasted for 3 from 9:30 – 12:30 which was great as we were able to explore so much of the city with our guide, Mario Gesu. Here were just a few of the places we visited on the tour, which I recommend you go to when you next come to Florence. 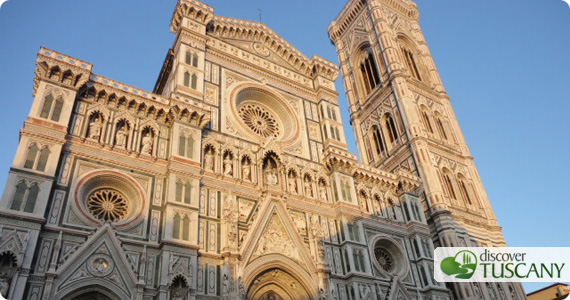 The dome of the Duomo is the biggest Dome in the world. Brunelleschi was the architecture for the dome and introduced the herring bone structure consisting of two layers, the inner dome and an outer shell. For those feeling energetic, you can walk up the 400+ steps to the top for a beautiful view of Florence. The Cattedrale de Santa Maria dei Fiore is very famous as well. Construction began in 1296, and finished in 1436 , making it very one long construction project. It is the fourth largest cathedral in Europe and the tallest building in Florence.

Located just a few metres away from the Duomo is the oldest building in Florence, called The Baptistery. The outside is made of green and white marble with three bronze doors. It is an impressive building, combined with Duomo is well worth a visit when you are in Florence. Both buildings took my breath away when I saw them in for the first time. 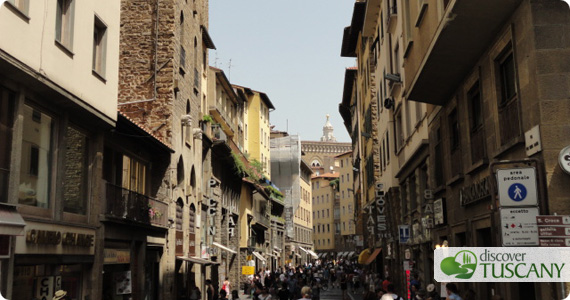 This bridge was built in 1345 and was the only bridge to survive WWII due to orders from Hitler to keep it intact as it was used as a meeting point for Mussolini and Hitler during the war. Above the bridge is a walkway which was built to connect two palaces, the Palazzo Vecchio and the Palazzo Pitti so the Medici family could walk between the two palaces without actually going outside.

If you are looking for jewellery shops, look no further than the bridge. All along the bridge are goldsmiths and silversmiths. The reason dates back to when the Medici family moved into the Palazzo Pitti in 1549 and there were many butchers and green grocers which had unpleasant smells. They moved these stalls and allowed only goldsmith and silversmiths to sell on the bridge which brought the wealthy and upper class to the area. 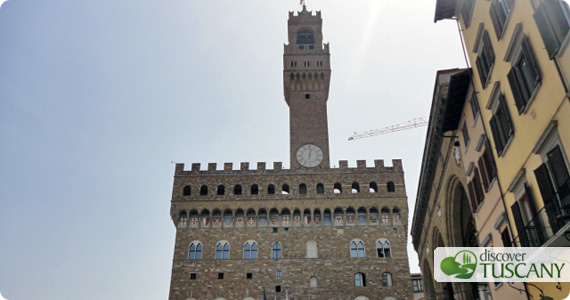 From 1301 the Florentine government has been located in this square, the Piazza della Signoria. The Palazzo Vecchio, which means Old Palace was originally built as the Palazzo del Popolo which is the “Palace of the People”. It was the people of Florence that wanted a new location for their government as their city was growing and expanding in importance. Work began in 1299 on the construction of Palazzo Vecchio. 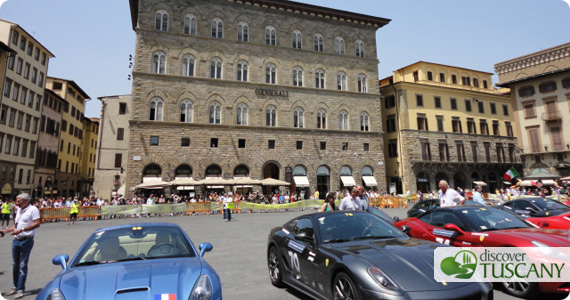 This is one of Florence’s most famous squares and has the copy of Michelangelo’s David by the entrance to the Palazzo Vecchio which is the Florence’s town hall. When I went here last week, there was a Ferrari car exhibition, which of course meant the square was full of admirers including myself but I’ll have to wait a few more years before I buy one! There are lots of restaurants and cafes in the square which made it a bustling place during the day and at night.

Michelangelo’s David is the piece of art to visit when you are in Florence. Until 1873, it stood in the Piazza della Signoria and then it was moved to the Accademia. I would recommend you reserve your entrance tickets online to avoid the queues which can sometimes be a 2 hour wait. It took 3 years to make the statue, out of marble and Michelangelo chose to keep him naked to symbolize purity. David was a hero, beating his superior enemy Goliath and the Florentine people saw him as a symbol of strength. They could identify with him and he became the symbol of Florence.

When in Florence, eat gelato, there is so much choice. Our guide Mario took us to this gelateria in the Piazzo de Pitti. Ice cream was discovered in Florence in the 16th century when they mixed ice and fruit and therefore it makes sense to visit as many gelaterias as possible while you are over and sample some of the home made gelato as this is the home of ice cream.

I had a wonderful time in Florence. I just wish I could have spent more time there. I would recommend spending at least a week in Tuscany region.

Jo Turnbull is a travel blogger, writing about interesting places to visit all over the world. She caught the travel bug when she was very young, having taken her first plane at 3 weeks old and then spent much of her childhood living abroad. Since leaving university, she has travelled extensively and continues to discover new interesting places on a budget. See where she's off to next!