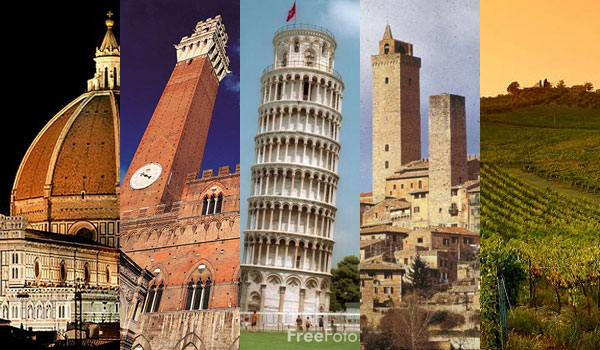 Tuscany is a land rich in landscapes to discover and splendid cities to savor. In some of them, you might get away with stopping for just a few hours but, in others, we definitely recommend staying longer to more completely enjoy their beauty.

If you are planning your first experience in Tuscany, we offer a short list of the top cities and areas of the region you should include in your visit… and if you can’t make it to all of them, we are sure you’ll be back for another trip soon! 🙂

Without further ado, here are the ones we recommend you should absolutely see! 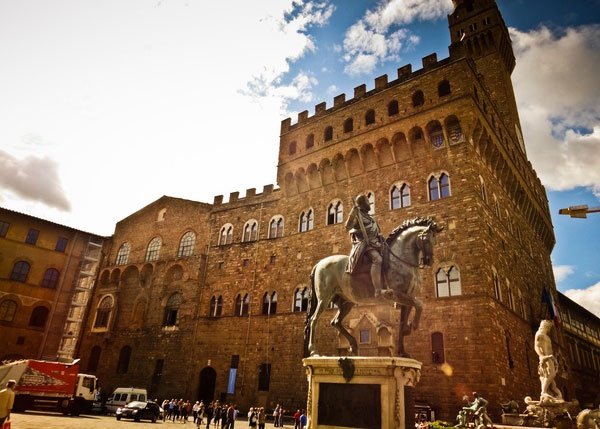 Florence, as the capital of Tuscany, is known worldwide as the “Cradle of the Renaissance”. It represents an art city par excellence and it holds, in just 102 km2, one of the largest cultural heritages in the world. It is a declared UNESCO World Heritage Site.

Florence is divided by the Arno river, and with its bridges and houses set along its bank, creates a very romantic atmosphere also making Florence a perfect place for an unforgettable honeymoon.

The city offers many squares, churches, monuments and museums housing masterpieces within which testify to the genius of the greatest artists in the world. The Uffizi, for example, collects artworks by Michelangelo, Leonardo da Vinci, Raffaello, Giotto, Botticelli and many others.

In the historical center, you can admire the beautiful Piazza Duomo with its Cathedral of Santa Maria del Fiore designed in both Gothic as well as Renaissance style, the bell tower by Giotto, the cupola by Brunelleschi and the Baptistery with the golden doors known as the “Gate to Paradise” designed and cast by Lorenzo Ghilberti.

Your tour should continue toward Piazza della Signoria where you’ll find Palazzo Vecchio, Florence’s city hall since the Middle Ages, and right next to it, the famous Uffizi Gallery museum.
Just behind the Uffizi, admire Ponte Vecchio, literally the “old bridge”, one of the most famous bridges in the world sitting here since the 13th century.

If you have a little more time to dedicate to Florence, do not miss the chance to visit Piazzale Michelangelo from which you can enjoy one of the best panoramic views of the city, Piazza Santa Croce, Palazzo Pitti and the Boboli Gardens. 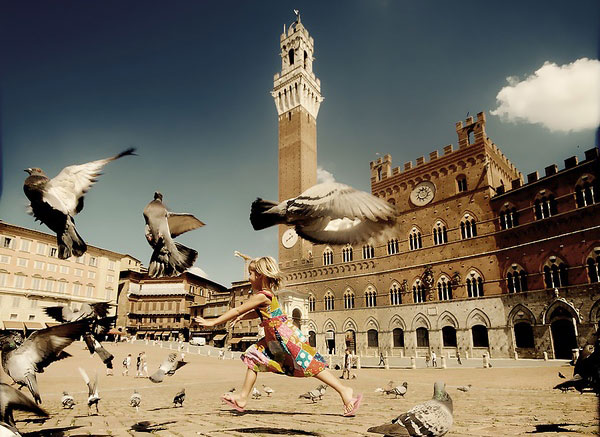 Siena, located to the south of Florence and about right in the middle of Tuscany, is known worldwide as the medieval city par excellence and for its Palio horserace.

Its historical centre, as the one of Florence, was declared World Heritage Site by Unesco; as you can notice, Tuscany offers not only beautiful cities rather authentic gems!

The heart of the village is represented by Piazza del Campo which, together with its Palazzo Pubblico and Mangia Tower, becomes every year the theatre where the palio takes place.

The Palio, for those who don’t know about it, it’ is an important horse race in which the neighborhoods or “contrade” of the city challenge each other. It takes place twice a year, on July the 2nd and August 31, and represents for the senese not only an event but an actual lifestyle. We highly recommend you to attend it, if in the area.

Another beautiful pearl of the city, is its Cathedral of Santa Maria Assunta in Gothic style, located above Piazza del Campo, also renowned to be both beautiful on the outside as well as on the inside; it hosts a great quantity of treasures by Donatello, Pisano e Michelangelo and Pinturicchio.
The marble floor is itself an artwork decorated with 56 storytelling mosaics.

Still in the Cathedral is also placed the Piccolomini Library, where seeing fresco by Pinturicchio e and its students, included Raffaello Sanzio. 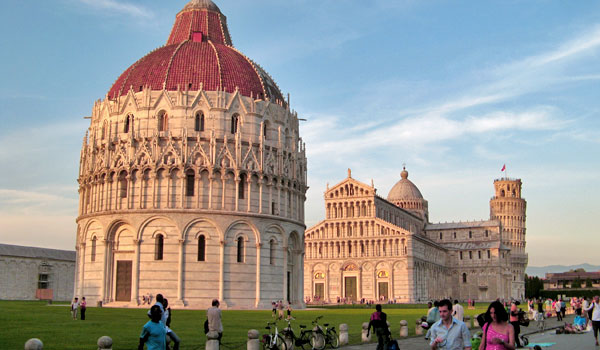 Pisa represents another must-see in Tuscany.
It is really beautiful both for its historical centre and Corso Italia, the main street plenty of shops and mostly for its splendid Squares of Miracles.

The Sqaures of Miracles has been declared World Heritage City for 25 years and it is considered an important religious centre since it hosts: the Baptistry, the
Santa Maria Maggiore Cathedral, with its Leaning Tower and the Graveyard, which symbolize the main stages of a human’s life: birth, life, and death.

The complexes hold many and various artworks: the Pulpit by Giovanni Pisano and St. John the Evangelist (1302) by Cimabue within the cathedral, the Pulpito by Nicola Pisano in the Baptistry, Frescos by Benozzo Gozzoli and the Tabernacle by Della Robbia in the Graveyard and much more…

Not far from the square, walking towards the centre, you will also find Piazza dei Cavalieri, current base of the Scuola Normale di Pisa, one of the most prestigious school in Italy. 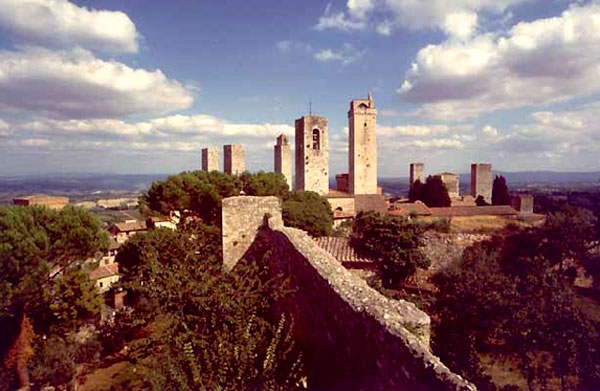 San Gimignano is located in the province of Siena, and is one of the most famous walled town in Tuscany. The profile of the village is special both for its preserved walls as well as for its 14 towers which dominate the surrounding landscape!
The Unesco has declared it a World Heritage Site since 1990.

Other things to see: the House of St. Fina, the Palazzo della Propositura, The fortress of Montestaffoli, The Picture Gallery in Piazza del Duomo , the Archaeological Museum and the Contemporary Art Gallery. 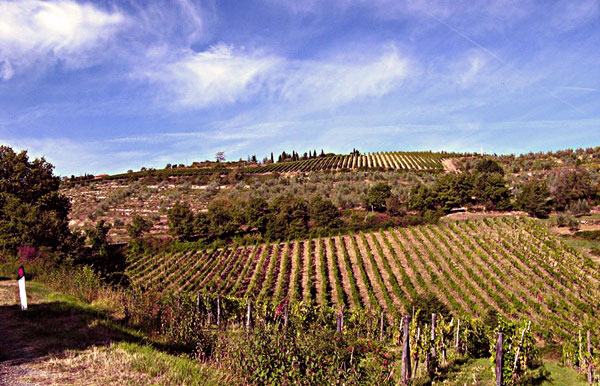 When we say Chianti, we don’t actually mean a city but an area between Florence and Siena which has undefined borders.

Chianti si worldwide known for its beauty and stands out a territory particularly predisposed to produce wine and oil: wherever you glance at, you will only see green hills rich in vineyards and olive trees from which is obtained an excellent Chianti Wine and a very good extra virgin olive oil.
Chianti is the region where admiring beautiful landscapes while the towns are nice for resting and enjoying meals but mostly to attend some oil and wine tastings.

This is what you should see in your first journey discovering Tuscany: any suggestions?