Have the remains of Mona Lisa been found? 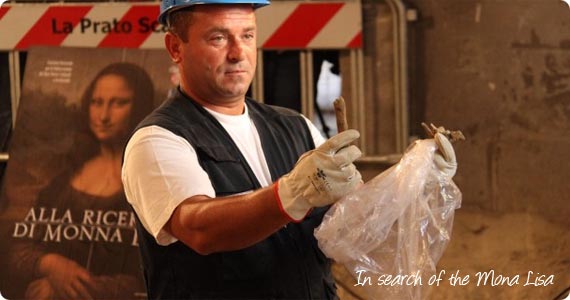 Who was the woman whose enigmatic smile was captured by Leonardo da Vinci in the most famous painting in the world? It has long been said that Mona Lisa, a painting called La Gioconda in Italian, is the portrait of Lisa Gherardini who was married to a Florentine cloth and silk merchant by the name of Francesco di Bartolomeo di Zanobi del Giocondo. In 2005, Lisa was definitely identified as the model for the Mona Lisa after a citation was found in a book.

It is known that during Lisa’s life she established a personal relationship with the convent of Sant’Orsola in Florence where one of her daughters became a nun. It was believed that in when Lisa fell ill in 1538, her daughter took her to the convent of Sant’Orsola where she died about four years later. In 2007, this was also confirmed when a scholar found a death register at San Lorenzo that stated “Lisa di Francesco Del Giocondo died on 15 July 1542 and was buried in Sant’Orsola.”

It was then deemed “important to find Lisa’s remains” since modern technologies can reconstruct facial features, and thus be able to see if her face matches that portrayed by Leonardo. The search was on!

For the past few weeks, researchers have been shifting through the dirt below the old pavement of the Convent of Sant’Orsola in search of Mona Lisa’s remains. Yesterday, the dig moved into two internal chapels and two bone fragments and several nails were unearthed. Could it be the remains of a coffin? Could it be the Mona Lisa? The bone fragments will be analyzed and DNA can be compared to descendants of the family. Researchers hope to find the skull as well to reconstruct facial features. Maybe only then will the researchers rest easy with scientific proof in hand that Lisa Gherardini was indeed the model for Leonardo’s famous painting.

Me? I’m satisfied with continuing to admire the enigmatic smile of the woman and wondering what she was thinking! 🙂