The Fiera del Cacio in Pienza 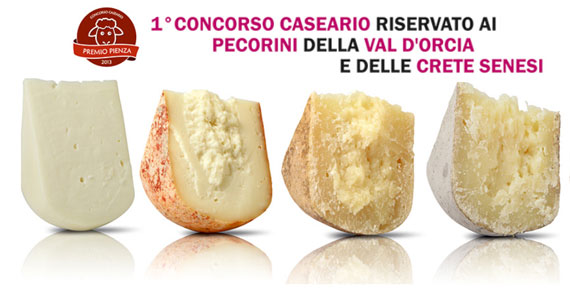 This week is an exciting week for Pienza and anyone visiting this small hilltop village in the middle of the Val d’Orcia: its Cacio week!

The town is famous for the local product made in the area, the Pecorino di Pienza DOP, also casually just called “cacio”.
This year, the event’s committee has started a contest to determine which local cheese producer in the Val d’Orcia and Crete Senesi makes the best pecorino cheese. 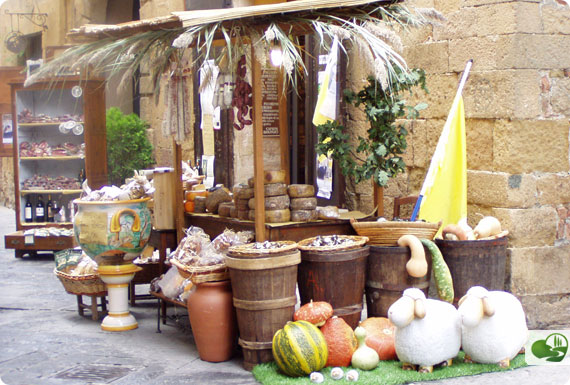 The whole week has various events going on, particularly with free tastings of all types of cheese but will culminate this weekend Aug. 31- Sept. 1 with the winner being announced and with the fun contest played in the main square between the town’s contrade called “gara del cacio al fuso” on Sunday.

If you’re in the area already, you can head to Pienza to see:
Aug. 29 – 6pm
A show put on by the flagthrowers and drummers, with the presentation of the Palio and brand markings on the forms of pecorino cheese which will be used in the Palio on Sunday.
At 7pm, music and dinner outdoors for the entire town.

Aug.30 – 3-6:30pm
Free tastings of all cheeses in the contest by the public and voting

Aug. 31
Free tastings and sale of pecorino cheese all over town along the streets.
At 10am, the initial trials of the Palio can be seen in the main square. while at 3pm, there will be a historical parade followed by another show by the young flag throwers and drummers of town.
The Palio del Cacio al Fuso by youngsters will also be played.

Sept. 1
Again, free tastings and sale of pecorino cheese all over town all day.
At 10:30am, go to Piazza Pio II to see a demonstration of how pecorino cheese is made, from milk all the way to cheese form.
At 3pm, there will be a historical parade and show by the flag throwers and drummers in the same square, followed by the announcement of the winning cheese producer of Pecorino for each category and immediately after that the Palio del Cacio al Fuso will be played!
The week will end with music and dancing in the main square after 9pm. 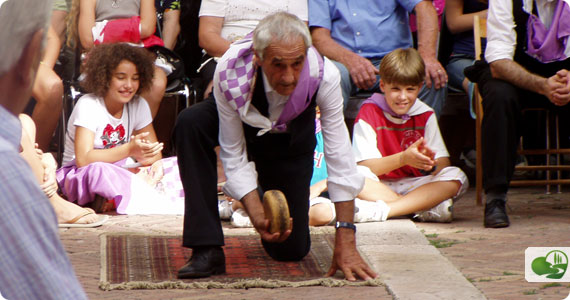 Have fun, eats lots of pecorino cheese and explore the beauty of the small village of Pienza this weekend. 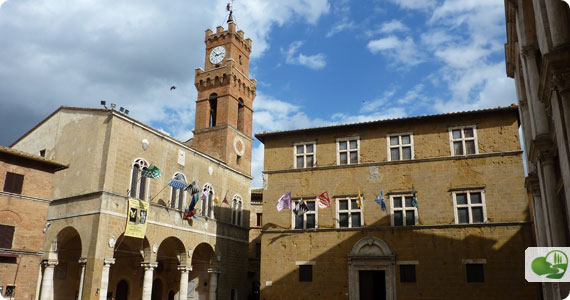