A few Ideas for towns Close By

The Cinque Terre, located in the region of Liguria, just north of Forte dei Marmi and Tuscany specializes in colorful coastal towns, spectacular vistas on the Tyrrhenian sea and a few choice beaches. We have a brief summary of some of the little towns that are located north and south of these five characteristic villages. They make excellent side trips and offer alternative areas for accommodations. The first three towns are located to the immediate south of Cinque Terre, closests to the Tuscan border.

Most travelers from Tuscany will pass through La Spezie and its train station as they head into the Cinque Terre: first stop Riomaggiore. In the largest city of Liguria, you can see the characteristic carrugi, narrow and winding city streets, which mark many of the Ligurian coastal towns. Today, besides being an important commercial port, La Spezia is the chief Italian naval station, arsenal and navigation school. 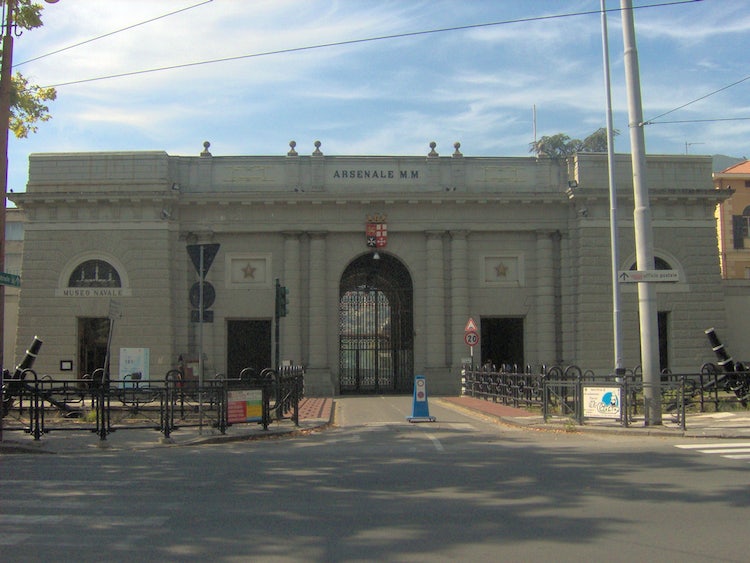 If you have a some free time before heading out then you can visit some of the important sites: Castle of San Giorgio, recently restored, and it probably originated as a watchtower before becoming the first castle built by Niccolò Fieschi in 1262. Strolling the busy city streets, you can admire the artistic Art Nouveau–style villas. However, most will breeze right through this little city.

There are two train stations in La Spezia, but you will be heading for “Centrale” closest to the port and where all trains leave for the Cinque Terre. Many trains from Florence have a change in Pisa Central but there are trains that go DIRECT to La Spezia - so control the train schedule carefully before buying your ticket. Another pointer, though the regional trains are slower than the “Freccia” (speedy train) you will probably find that they are the easiest solution. There is an obligatory train change in La Spezia for the regional train that will take you into the Cinque Terre. La Spezie is a “hub”, so many different trains pass through these tracks, always double check that the train you select actually stops at the town you want to visit - some will only stop at Riomaggiore and Monterosso.

The train is not the only way to visit Cinque Terre, you can catch the bus (10 min) or walk to the port (about 20 minutes), which will leave you at the gardens in front of the port.

stunning views from the church

Together with the villages of Cinque Terre, Portovenere was designated in 1997 by UNESCO as a World Heritage Site because it is ".. an exceptionally valuable cultural area….” It is believed that the port (Portus Veneris) dates as far back as the middle of the 1st century BC and the Church of Peter the Apostle now stands on the remains of a temple to the goddess Venus. The church, with its white and black stripes is very suggestive, and a visit here, includes not only the architectural structure but the sound of the waves below, the color of the sea and the sometimes the mist which shrouds everything from view leaving only your imagination.

For the hikers, this is one of the favorite departure points, following the famous Pathway no. 1.  For more information on trails in Portovenere click here

Portovenere can be reached from La Spezia Centrale train station in approximately 30 - 40 minutes depending on the solution that you use using public transport or by the ferry boat, before it heads to the Cinque Terre. 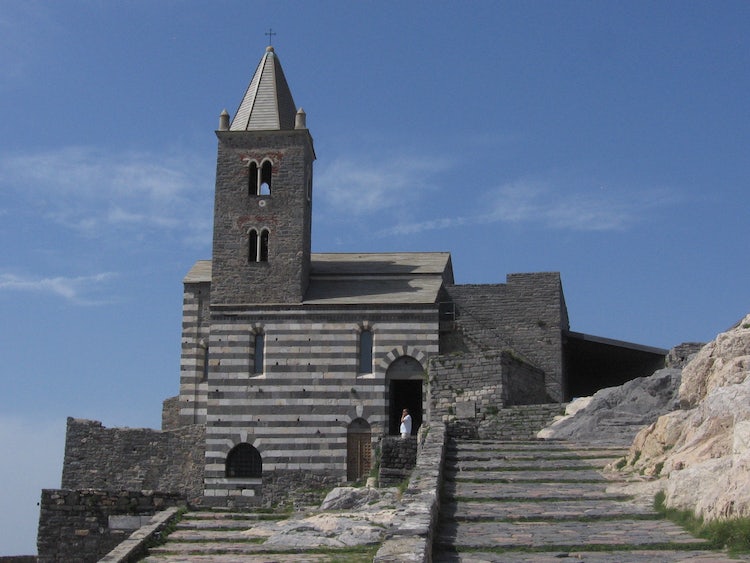 One could speak of Lerici in terms of its Tuscan roots, since before becoming part of Genova it has Etruscan origins and belonged to the town of Lucca (before they sold it to Genova in the middle ages.) One of the more interesting sites, other than the sandy beaches, is the Castle which now houses a museum of palaeontology. Be prepared to climb 168 to appreciate the suggestive panorama and keep an eye out for Maddalena di Carlo, detta Madì, the local castle ghost.

Located to the south of La Spezia, it is a popular destination for its special beaches.  For a complete list of beaches in Lerici click here

Levanto, just minutes to the north of Monterosso, is located about 60 kilometres southeast of Genoa and about 20 kilometres northwest of La Spezia. Known to us as Ceula, in Roman times it is a key location between north and south. The bell tower of the Church of San Siro, was once a look out for the ever present raiding pirates, but much of what is passed down to us today in the city is a mix of interesting 17th and 18th century buildings. However there is the Medieval castle in excellent condition which you can explore and the Piazza della Loggia, characterized by a 13th-century loggia, which in 2007 received from UNESCO the title of "monument being evidence of culture and peace." You can easily drive in and out of Levanto and you are connected to the Cinque Terre villages by train.

It may not be a large beach but it does boast some of Italy's biggest waves, and as of 2016 it is considered a Blue Flag Beach, assuring you of quality services. Surfers and non alike, will enjoy the sandy beaches.

Since it is located just outside of the Cinque Terre, it is possible to find economical accommodations, restaurants and shopping while still being within easy reach of the trains and ferry boat.  The train station is located only a short distance from the city center, an easy walk, and goes directly into Cinque Terre, first stop Monterosso. Or you can take the ferry boat which leaves from the small port close to the beaches. 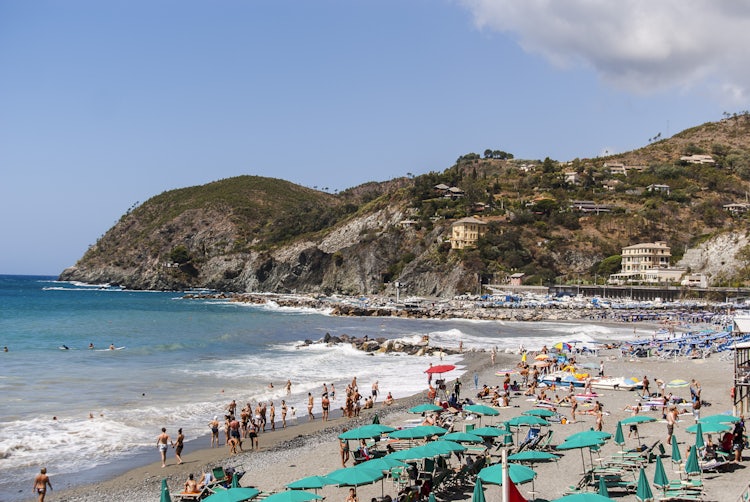 It has been over 24 years since I took my first steps in Italy and I still haven’t found a good reason to leave.  Between the food, the culture, the history, the art, the landscapes … did I mention the food? I have become a lifelong student. And I soon learned that Italians all have stories that long to be told; stories that paint a picture of how hard work produces character, how life is made of ups and downs and how good it feels to laugh.

Intro To The Five Towns