A Landscape that Creates Artists

As you wander through the soft hills, the grazing cows and the picturesque fields of sunflowers in Mugello it is easy to think that the only contribution this land has to offer is directly related to agriculture. This is just not true. Nestled in a small little walled hamlet of Vespignano, in a panoramic position above the plains is the House of Giotto. This restructured building, is believed to be the house where Giotto grew up until he was approximately 10 years old and went to work as an apprentice in Florence fo the Master Cimabue. 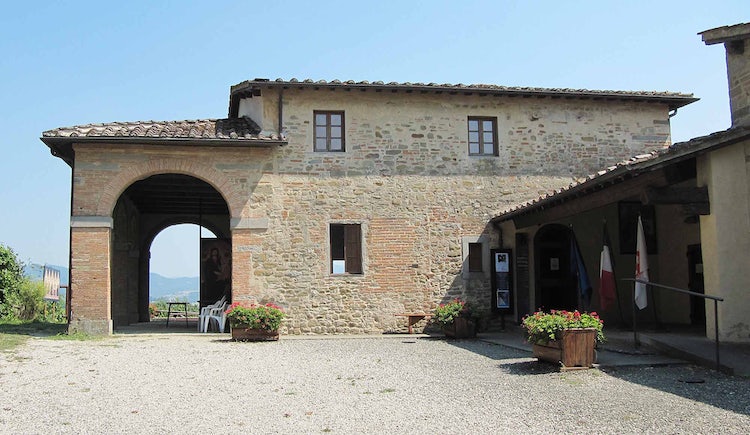 Situated within the walls of the Castello of Vespignano there are the remains of the five towers and a medieval church; the setting is very suggestive, relaxing and well maintained. An excellent addition to any itinerary for exploring the countryside, nature walks and delicious culinary traditions of the Mugello area. 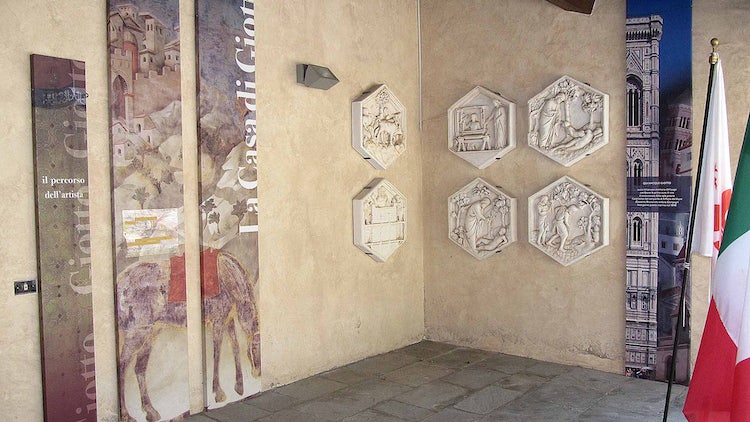 Coming from Borgo San Lorenzo, you will come around a quick turn you will see a sign that indicates the Casa di Giotto on the left. (Coming from the direction of Vicchio, the turn off is on your right, and very tight - so keep a look out for the sign.) Following this for a few km on a narrow and a bit of a twisty road you will come to a panoramic position and the house is on the right hand side. Parking is below the house alongside the road. 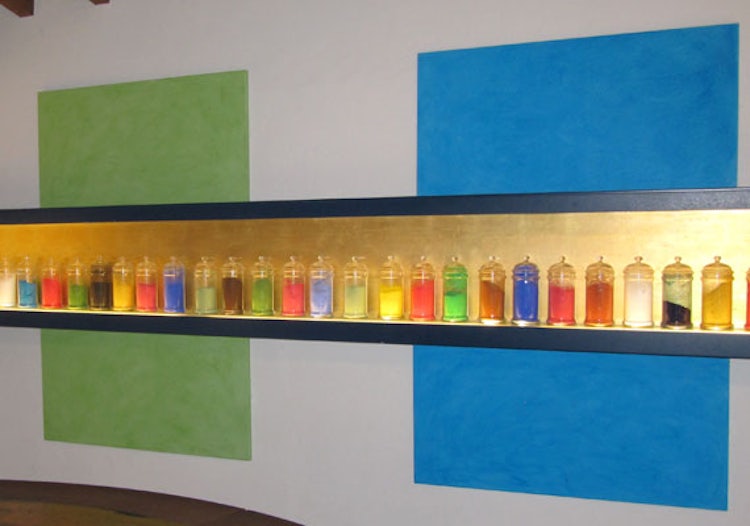 The structure that now stands is actually a reconstruction of the original house which was damaged in an earthquake of 1919 and then remodeled later in 1975 to commemorate not only the house where Giotto was born but to also provide an artistic laboratory for students of all ages.  Other than the remains from the walled hamlet and castle, there is little else that has remained from the original site.  Howerver, the quite atmosphere that surround the borgo and the few houses here is peaceful and serene.

The  Perfect Place to Inspire Art

There is a large garden surrounding the house which is well maintained and offers many well tended photo opportunities. Interesting is the unique set up of empty frames positioned along the border of the property where everyone can become an artist and capture the intense beauty of the sloping hills, pasture and sunflowers which comprise the Mugello landscape. Pick your frame and capture your moment in time, as Giotto did with his unique style of artwork. 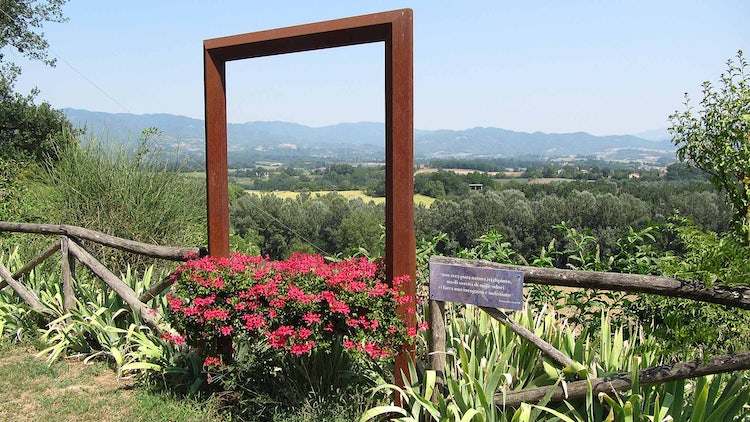 Born in the late 1200’s, Giotto is commonly recognized as the harbinger of the Renaissance style. Moving art from the Byzantine style to include perspective and a more realistic vision of life, especially with the human form, backgrounds and colors. Noteworthy is his unique portrayal of emotion which sets him apart from other artists of this time; he depicted shame, pain and sadness using the human form.

The Legend of Giotto

Legend tells us that he was discovered by Cimabue, sitting in a pasture drawing sheep. He studied in Florence under this recognized master and grew into in his own personality and distinct artistic style travelling throughout Italy. Close to the turnoff for the House of Giotto there is a brown and white sign for the Ponte di Cimabue, which is said to be the area where Giotto was discovered. 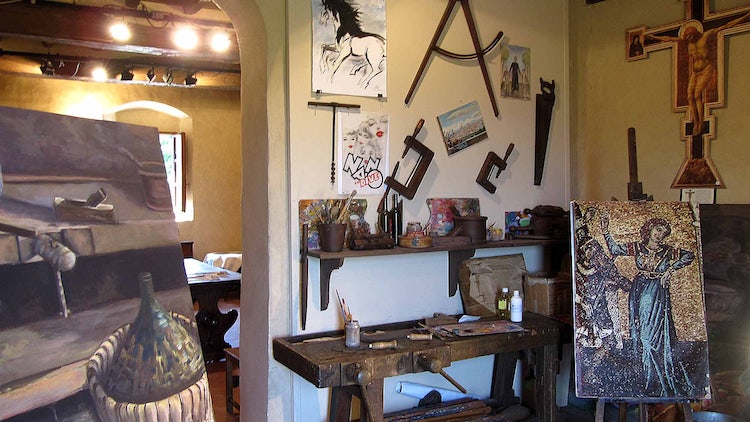 The birthplace of Giotto does not house any of his original pieces of artwork, however there are several reproductions and detailed information on his skill and technique. The house is also used as a laboratory of color and learning where up and coming artists - even at a very young age - are encouraged to experiment and display their work. There is a small entrance fee. 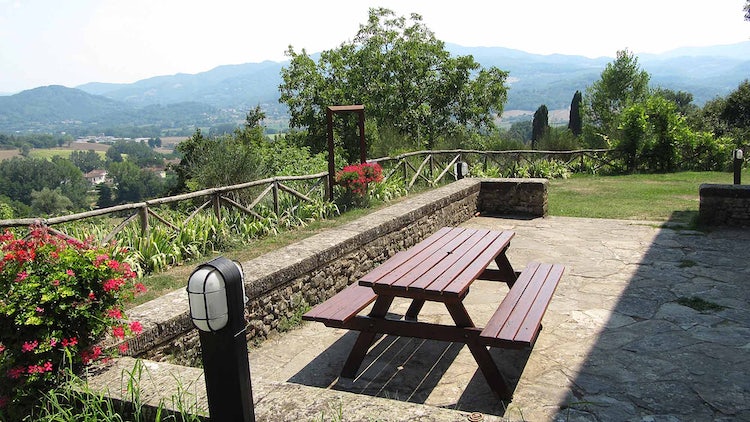 Giotto is certainly one of the most important artists in art...

Every year, the Mugello received thousands of visitors on the...

The park of Pratolino is one of the most beautiful parks in...

Enjoy the great outdoors only minutes away from...

Mugello: Your Vacation base

The green hills & valleys of Mugello, north of...