Prato, a Tuscan city located just outside of Florence, has many interesting aspects and things to see. If you happen to be in the city, you cannot miss a visit to it's historic center. Having lived close by for many years now, I find my friends and family who come to visit always amazed by the beauty and elegance of Prato, never expecting it as it is a bit overshadowed by Florence, its next door neighbor.

If you're traveling by train, I suggest you get off at the stop Prato Porta al Serraglio. If, however, you arrive by car, you can park either in Piazza Ciardi or Piazza del Mercato, two squares close to the center. 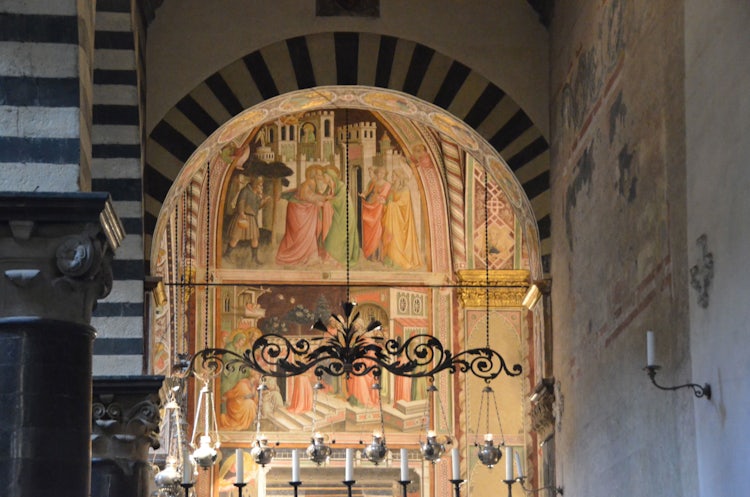 You will easily arrive at the Duomo (cathedral church of St. Stephen) it its large piazza by walking to the end of Via Magnolfi. The church, with the pulpit designed by Donatello and Michelozzo, is made of striped green and white marble, characteristic of many Tuscan religious monuments and buildings. Inside, you will find the important relic of the Sacra Cintola della Madonna, the Sacred Girdle of the Virgin Mary, and frescoes by Filippo Lippi. In this same piazza, stop at the Museo dell'Opera del Duomo (Museum of Works of the Duomo) where various paintings, sculptures and sacred ornaments are conserved. 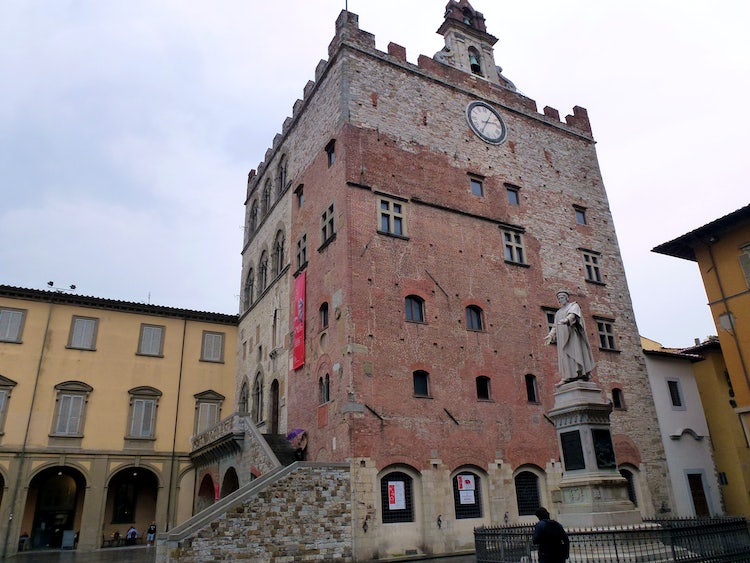 From here you can proceed to Piazza del Comune where you will find not only the Fontana del Bacchino (Fountain of the small Bacchus) and the Palazzo Comunale (town hall), but also the marvelous Medieval Palazzo Pretorio. Impressive and elegant, made with thirteenth century red brick and white stone of the late Gothic era, this is home to the newly opened (in April 2014) Museo di Palazzo Pretorio after having been closed for nearly 20 years. Here, admire works from Bernardo Daddi, Giovanni da Milano, Donatello, Filippo and Filippino Lippi, Santi di Tito, Alessandro Allori, Batistello Caracciolo, Lorenzo Bartolini and many other artists.

Continue your walk to the Church of San Francesco located in the square with the same name and turn left, where you will find yourself in front of the Castle of the Emperor, built for the medieval emperor and King of Sicily Frederick II. Built on top of a previous fortification of which two towers remain, the construction of the castle stopped when Frederick died and the interior was never fully completed. Today, the vast open-air internal courtyard is used in the warm months as a venue for concerts and events. To get a beautiful view of the city, climb up the tower stairs.

Located in the same piazza, Santa Maria delle Carceri, we also find a basilica build upon the remains of an ancient prison. Other landmarks not be missed in the surrounding area are: the Palazzo Datini, the house museum of the famous medieval merchant Francesco Datini, which also houses the Datini Archives and Prato’s governmental archives; the Church of San Domenico whose façade remains incomplete; the Museum of Mural Paintings with works by Niccolò Gerini, Agnolo Gaddi and Paolo Uccello. 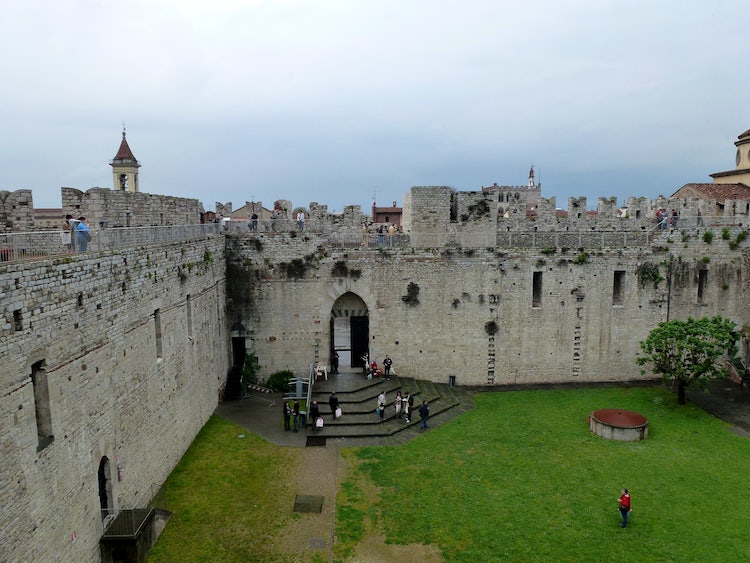 From Piazza Santa Maria delle Carceri head towards Via Mazzini where you will arrive in Piazza San Marco, the point where the ancient city meets the modern city. You will recognize it by the large, white marble (from the Apuan Alps) statue named Forma squadrata con taglio by the contemporary artist Moore. 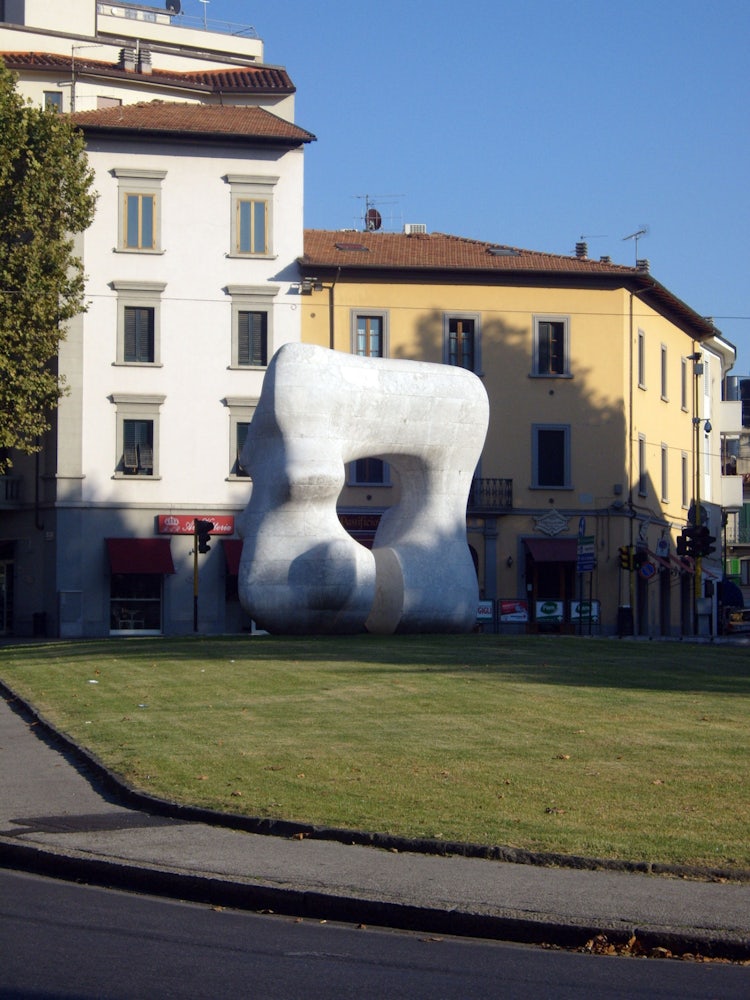 There is also the Theater Metastesio Stabile of Tuscany and the Teatro Politeama Pratese located in the city center, both with a rich program of shows!

To conclude, I would like to mention three other important museums in the city center:

-Museo del Tessuto or Textile Museum: dedicated to the art and technology of textiles, this museum is located in a factory inside the medieval city walls.

- Planetary Sciences Museum: this museum will take you on a journey through time, from the Big Bang to the beginning of earth.

Are you intrigued yet? All that remains is to pack a bag and hop on a train to Prato Porta al Serraglio!

Have you already been to the city? What did you like best?  I want to hear from you so leave a comment below!