Dianella and Leonardo da Vinci: Honoring the Master in his Home Territory

Dianella Winery, on the road to Vinci, Leonardo’s hometown, has prepared a whole year of activities to honor the life as well as ties that Leonardo had to his home land, the area around Vinci during 2019, which marks the 500th anniversary of his death.

Leonardo was an extraordinary figure. Even if he is often recognized as an artist first of all – who doesn’t know the Monalisa? – he was much more beyond that. He was eclectic, curious and passionate about the world around him and particularly of nature. This comes out in his many journals, also called “codexes”. He was essentially one of the first tourists or world travelers as he kept extensive notes on the places he visited, what he saw and even what he ate!

From Vinci, his hometown, to Florence, Milan, Rome, Mantua and Amboise in France, his journals contain drawings and notes that show how much he appreciated what went on around him, including the natural world. This included an interest in wine and in vineyards. 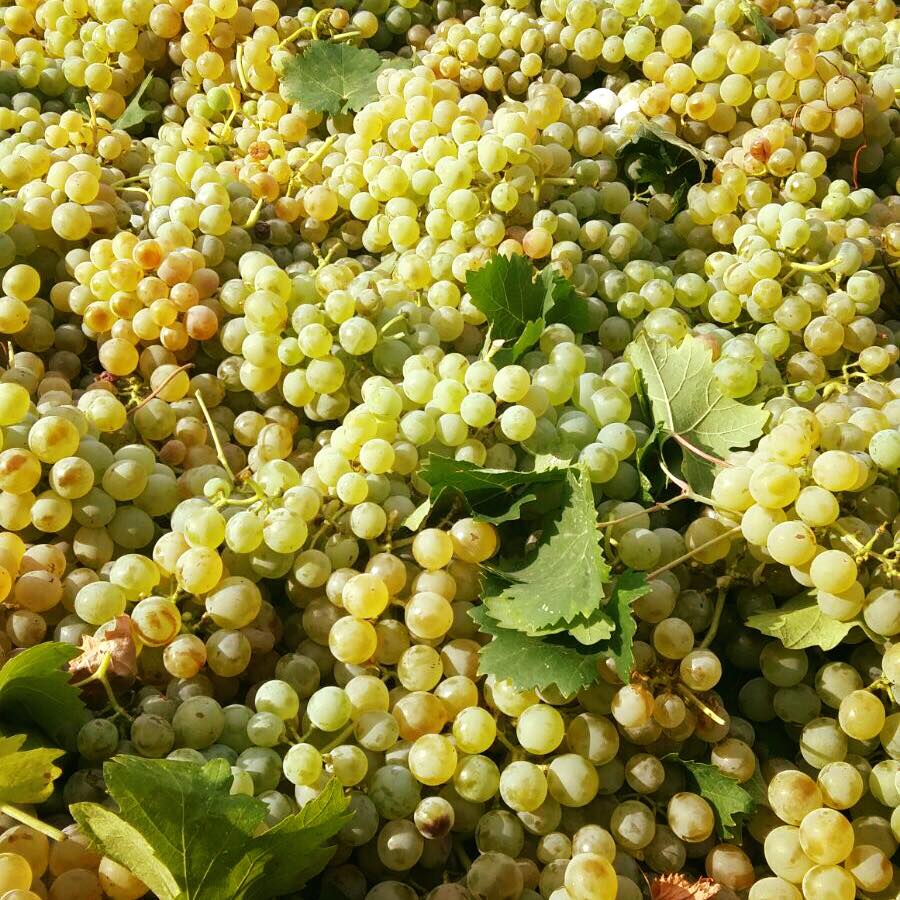 His notes are extensive on how to take care of vines, particularly after he received a whole vineyard from Duke Ludovico il Moro in Milan in 1498. Since Leonardo’s family had vineyards in Tuscany, it is said that the gift was meant to make Leonardo feel at home in Milan, where he lived for 18 years of his life, while painting the Last Supper in the nearby Church of Santa Maria delle Grazie and the equestrian monument dedicated to Francesco Sforza. 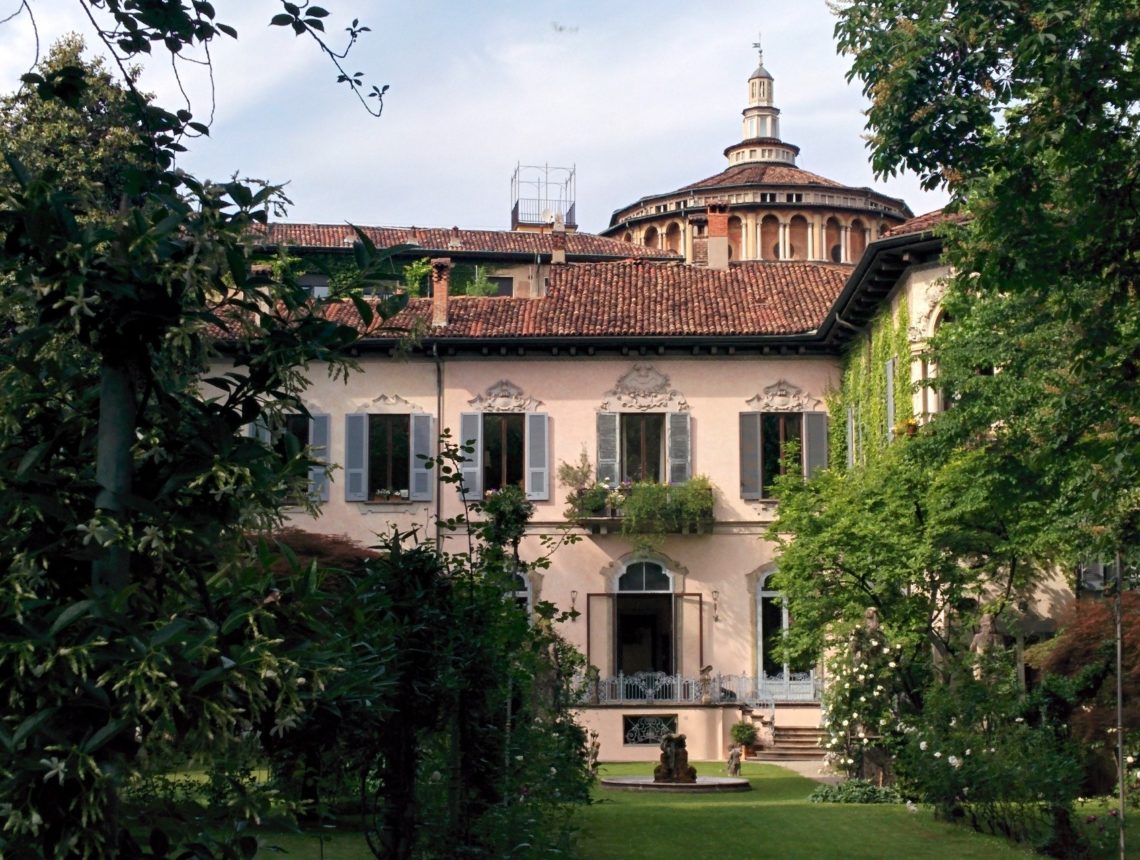 Since it was in the center of Milan, the vineyard was considered lost in time but researchers reconstructed where it had to be: they actually found traces of it and of the Malvasia di Candia varietal under layers of soil and bomb fragments in the courtyard of the Casa degli Atellani, a splendid palace in the center of the city. The vineyard was reborn in 2015 in time for the Milan Expo to allow visitors to the city visit the house and gardens and a step back in time. 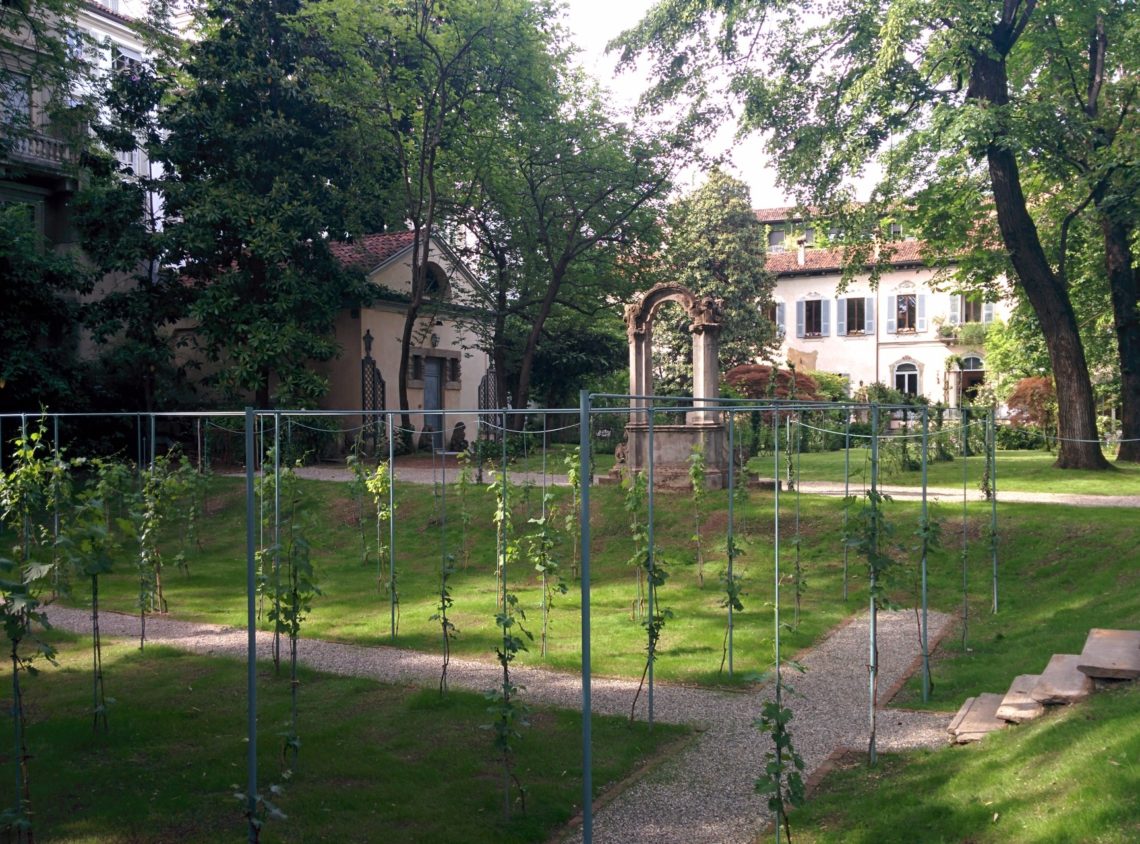 We have found it very interesting that Veronica Passerin d’Entreves, owner of Dianella winery near Vinci, set out to Milan to see if she could bring back a piece of Leonardo’s vineyard to his homeland. And she was successful! The small cut of vines she was able to get have been growing over the winter and in early May (inauguration on May 2) they will make their trip and be planted at Dianella in a small vineyard dedicated to Leonardo, as part of celebrations of the genius back in his home territory. 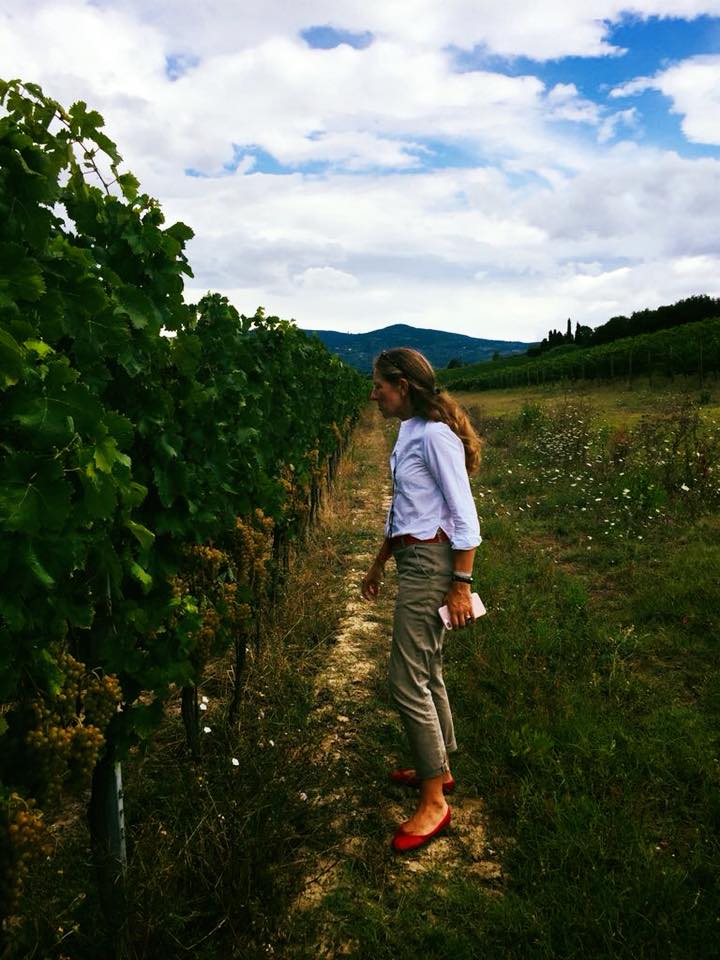 Leonardo’s ties with the territory are in many ways similar to Dianella’s, from the vines to wines to the kitchen. Leonardo also kept notes on the types of vegetables grown in places he visited, and the tools he created for the Duke Ludovico’s court: from a pepper mill to a garlic chopper to a wind powered grill! 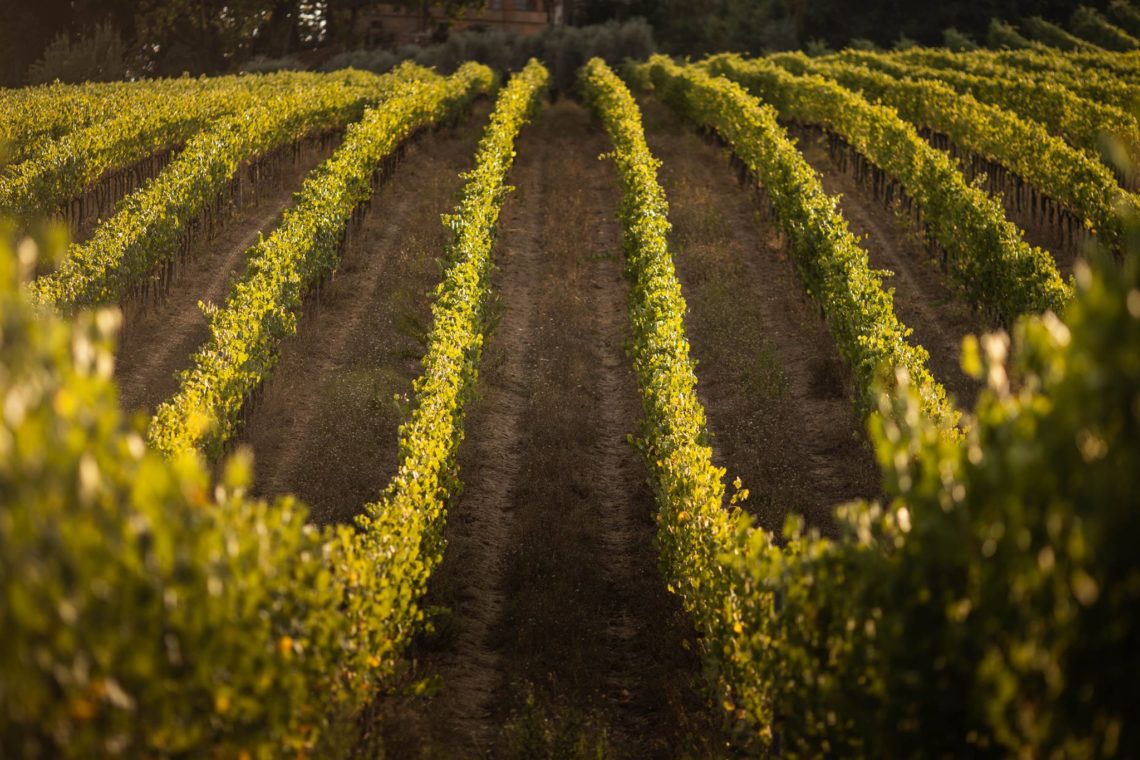 Thus Dianella has set out to also recreate a special menu that it will teach in its cooking classes and offer in its restaurant to recreate the many delicious and savory dishes of the Duke of Milan’s court, in the same way that Dianella itself values teaching local Tuscan dishes and specialties to its guests. Two menus, inspired by a document found in Vinci that signaled which were the vegetables a local planted in his garden, and the other by Leonardo’s notes as he traveled Italy and France. 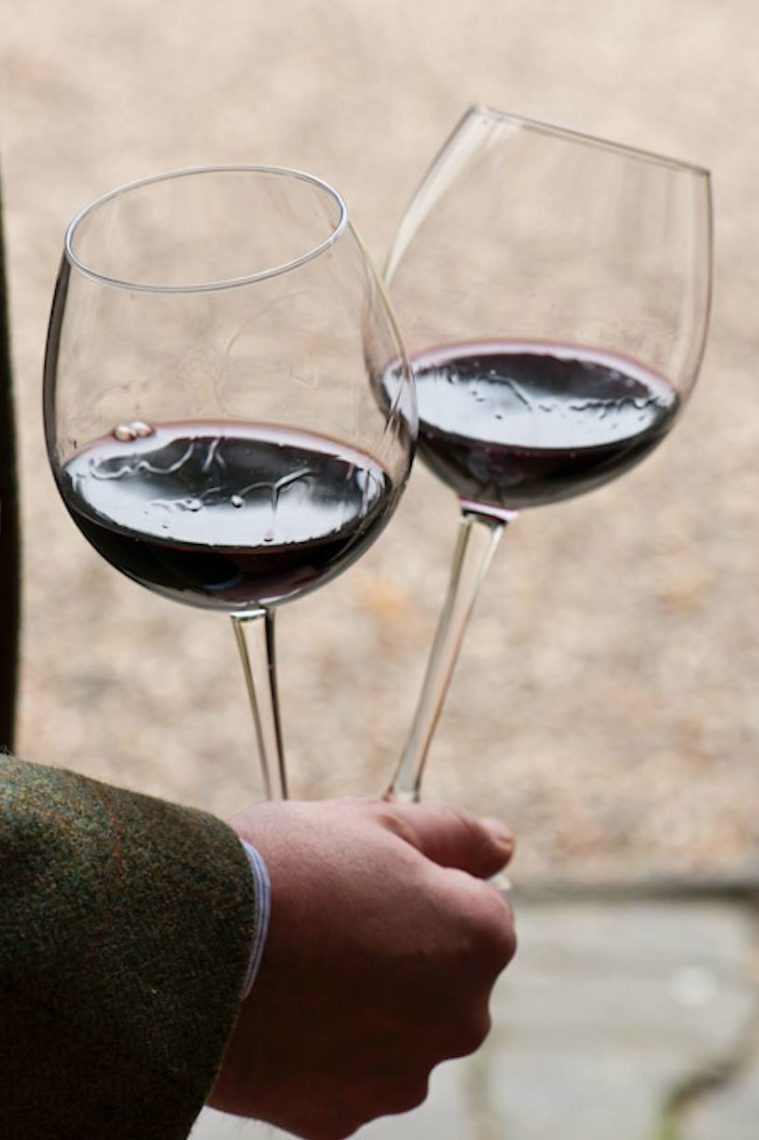 Visitors to Dianella will be able thus to visit the new vineyard with Leonardo’s own vineyard as well as visit Dianella’s winery, enjoy learning how to cook the special Leonardo menus or just enjoy tasting them alongside Dianella’s great wines. 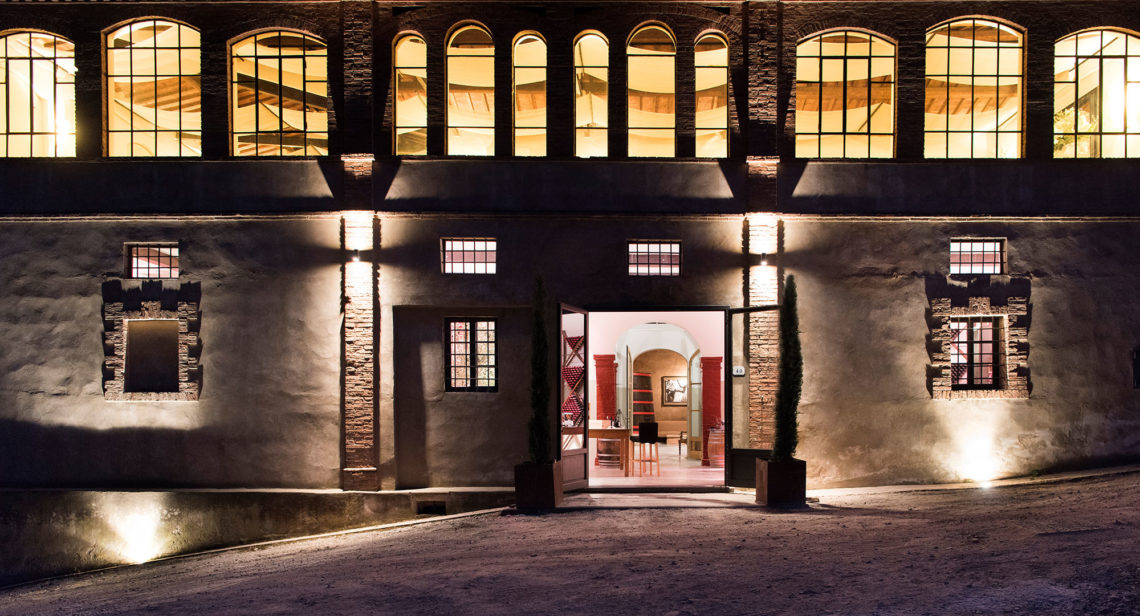