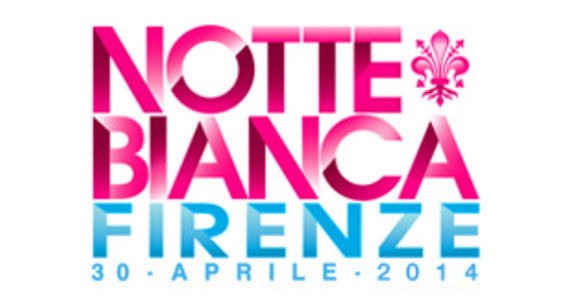 In what has become an annual event for Florence, April 30th is once again the “White Night“, or “Notte Bianca“, a night dedicated to cultural events that bring both residents and visitors alike together to enjoy special exhibitions, openings and music all night long, from 6pm to 6am on May 1st.

In its 5th year, the night’s theme is the “continuous city”, a city without borders or limits. Thus for the first time, areas beyond the historical center are included, such as the hospitals Careggi and Meyer, the children’s hospital.

The artistic direction this year is handled by the director of Teatro Cantiere Florida, Ginaluca Balestra, who will also coordinate with Angela Torriani Evangelisti (Versiliadanza) and Laura Croce (Murmuris Teatro) and musical consultation by Luigi Attademo, while the Associazione Mus.e. will handle all organization.

The event is kicked off in the Salone dei Cinquecento in Palazzo Vecchio with an “lectio magistralis” that is dedicated to the relationship between architecture, landscapes and city at 6pm, followed by a pianist concert by Danilo Rea.

The event is spread out across the city, with many theatrical and dance performances and musical concerts. Sites for events include, to name a few, Palazzo Vecchio (where you can visit the Jackson Pollock exhibit all night long), Piazza Duomo, Arno river, the National Library, the ramps by the San Niccolò tower with rock music, Santo Spirito, the Auditorim of Sant’Apollonia, Palazzo Strozzi (where you can visit the Pontormo exhibit until midnight) and many other piazzas throughout the center (including Santa Maria Novella, Santa Croce, Ognissanti, etc).

The Firenze Gelato Festival kicks off officially May 1st, but for White Night it will have a special preview from 8pm to midnight in the gardens of Palazzo dei Congressi (Via Valfonda and Piazza Adua entrance).

Many of the city’s museums will also participate, including the Uffizi Gallery and Orsanmichele museum, who will both remain exceptionally open – and with free entrance – from 7pm to midnight.

The very special opening of the Museo Novecento will also take place on April 30th in Piazza Santa Maria Novella. With 5 floors and 20 halls, the new museum is dedicated to the over 2,300 works of contemporary art that the city owns but had no home over the last several decades, including works by De Chirico, Sironi, Carrà, Morandi, Marini, Sassu, Guttuso, Barni, Ranaldi, Mannucci, Salvadori, Loffredo, Berti, Farulli, Magnelli and De Pisis. EDIT April 29, 2014:  The opening of the museum is NOT going to happen, as the works are finished by the art still has to be moved. Official opening is planned for June 2014, likely for St. John’s festivities in town.

The city museums participating in the night long event are:

The Ferragamo and Gucci museums will have extended hours and reduced ticket prices.

Since the program is quite rich – and divided by type of performances – you’ll want to check out the official program here:
http://www.nottebiancafirenze.it/programma.html