What to do the last weekend in September in Tuscany 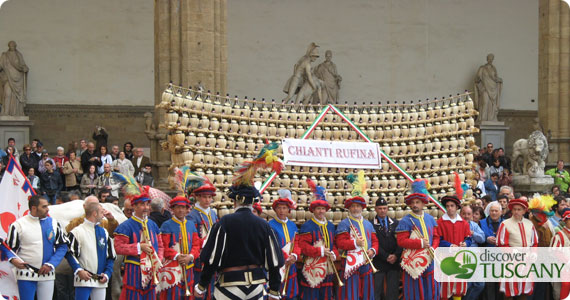 Wine, Beer and Much More

September is almost at its end. Sometimes I don’t realize how fast time passes! Over the weekend there several events in Florence and its surroundings. Let’s see the most interesting going on this weekend.

Up to Sunday, September 26 in Piazza Santa Croce is Che Birra!, a festival dedicated to Italian homebrewed beer. Beer and food tastings as well as thematic dinners all weekend long.
Saturday, September 25th in Piazza Duomo there will be the Carro Matto. At 16,00 the “crazy cart” and the parade will be in front of the Duomo for benediction before heading to Piazza della Signoria in celebration of the offer of wine from Rufina to Florence.
In addition in Piazza della Repubblica until Sunday Tunisian week is being celebrated with food stands, hand-crafted products from Tunisia, a restaurant and stage with various shows going on throughout the weekend.

On Sunday in Impruneta the famous Festa dell’Uva or grape festival takes place. It is one of the most famous festivals in Italy with a beautiful parade of allegorical carts. Each cart is decorated with grapes and has to represent the magnificence of the grape.
Near Castelnuovo Berardenga there is also the traditional Grape Festival of Vagliagli. There will be wine tastings, good food and live music all weekend long.

I would also like to suggest another special event related to wine. In the beautiful town of Scansano in Maremma on Saturday and Sunday the Grape Festival will be taking place. Wine cellars will be open and there will be several places for wine tastings all around the city center as Scansano celebrates its famous red wine called Morellino di Scansano. I was there two years ago and had a lot of fun. There is also live music and other events throughout the weekend.

Lots of things to do during this last weekend of September. I wish you a nice weekend in Tuscany! 🙂