And a wide array of new smells & flavors

As the temperatures begin their steady decline, fall leaves flutter over Tuscany creating a kaleidoscope of vivid colors. It is the same fresh crisp cool air that turns the leaves from green to varying shades of yellow, orange and red that also ripens the grapes, the chestnuts and the mushrooms.

There is change of flavors from panzanella with fresh tomatoes and basil to polenta with porcini. Instead of an abundance of plums, peaches and melons and prosciutto you now find combinations of grapes, figs with salumi, pears and apples with pecorino cheese.

The signs of the fall equinox are harbingers for new activities and itineraries in Tuscany. The sunflowers have been replaced with black eye Susans, the persimmons are beginning to turn orange and you can smell the lingering scent of smoke as the farmers begin to clear out their gardens. These changes are evident as you drive by the vineyards, which are no longer heavy with fruit, and they are visible as you pass by the groves where they have already started to lay out the nets in preparation of the next big harvest: olives. 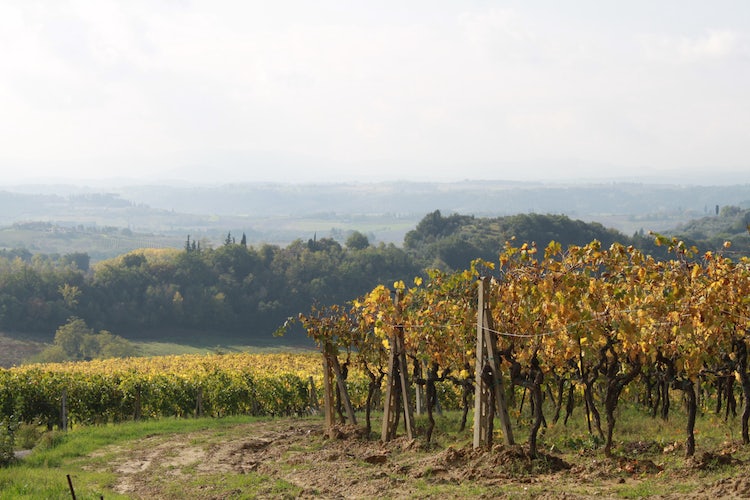 The cities will celebrate the change of seasons with excursions outside the city walls in the nippy mountain air, surrounded by a blanket of newly fallen leaves and a change in menu at the restaurants, reflecting what is in season: porcini mushrooms. The local cafes will bring out their space heaters so you can still enjoy people watching. And the evenings seem to come a bit faster as the sunsets are earlier and earlier.

Life in Tuscany takes on a new energy, a new excitement because soon the vin novello will be out, fall fashions are already filling the store windows, the first press extra virgin olive oil will be flowing, handmade wicker baskets for mushrooms replace beach towels and the chestnut stands are starting to pop-up on street corners. 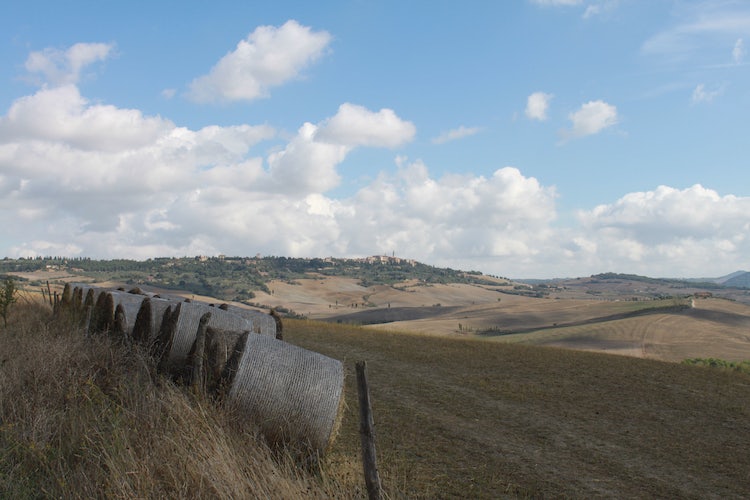 In the Tuscan countryside, especially the many national parks, they are trekking through the forests to admire Mother Nature's palette of fall colors, harvesting “i ricci” or the prickly chestnuts, regulating mushroom seekers and beginning the local hunting season which brings a new richness to the table in the form of pheasant, quail, wild hare and boar. This is a time to truly inhale the perfume of Tuscany - the tang of the fresh air floating down from Apennines and Apuan Alps, transforming the green mantel covering its slopes into a dazzling display of warm colors . . . despite the dropping temperatures. 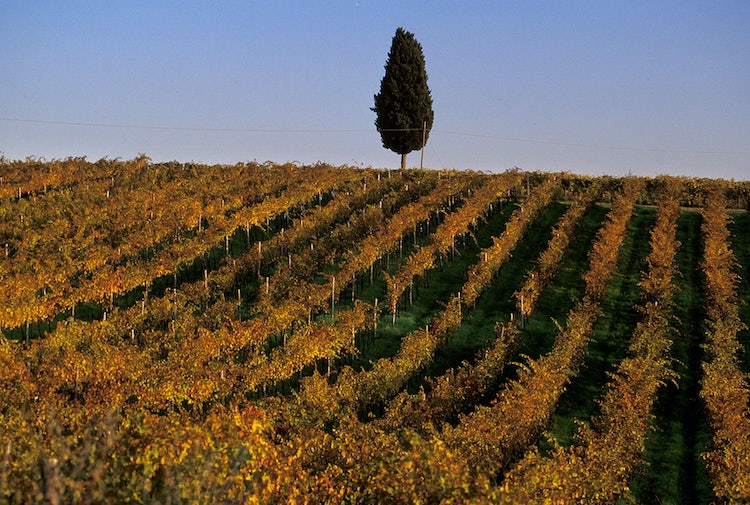 Venture outside the city walls of Florence, Siena, Lucca and Arezzo and experience Tuscany as the locals do - with long walks in the forests, visit to food festivals (or sagra) and if you are lucky - maybe even lending a helping hand in the harvest.

As you plan your itinerary to visit Tuscany in the months of fall, consider making time to add some of the events that are planned in every corner of this vast region.

For updated info and dates about Food Festivals (sagra) & Events check our articles about October Events and November Events.

Located the closest to Florence, the Mugello area boast soft hills, mountains, valleys and plains. They are well known now for the Via di Latte, due to the pastures for cows however in the past they were also known for their handcrafts in knives and other cutting utensils. Diverse and often at ends between themselves these cities have one thing that truly unites them all. Food seems to be one of the common threads that brings Italians together almost as much as an opportunity to celebrate the bounty of their land. Over the last few hundred years, tradition has set in place several festivals that honor the change in seasons and the stockpile of reserves which were put aside for the cold months that were on the horizon.

The harvest of the chestnuts is an activity that is still a sign of “bontà” and a perfect reason for a series of sagras to tease and tantalize the tastebuds. Marradi starts the season off with a nastalgic trip on October a steam locomotive starting in Pistoia and making its way to the small town of Marradi. Reservations are necessary for the steam locomotive ride. 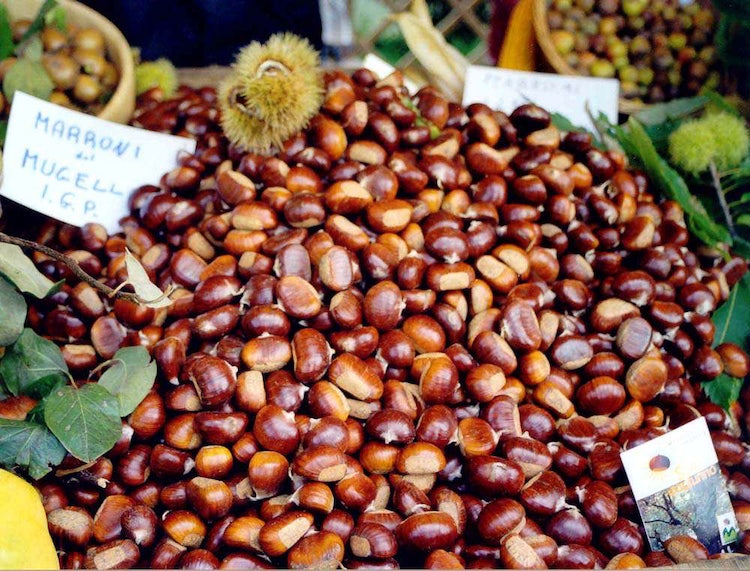 The Chestnut Sagra in Marradi and also the one at Palazzuolo Sul Senio with mushrooms and wild berries take place every Sunday of October: plan on arriving on your own in a car or, where possible, with public transport.

Of course, fall is more than just the flavours. Here you will find a month dedicated to exploring the colors which are exploding … sometimes overnight … in the vast national park which covers Casentino, Monte Falterona and Campigna. As well as the many deer that make their home here. The borders of this park touch 3 provinces: Forlì Cesena, Arezzo and Florence in the heart of Italy and is one of the oldest programmed forests in Europe. It can trace its origins to 1012 with St. Romualdo and the founding of the Order of the Camaldolese Monks, who for centuries were the self appointed guardians of these mountains, trees, land and wildlife. There are several initiatives which will guide you through this amazing area. Just think these very forests gave Florence a large part of its wood to create the magnificent architecture that dazzles you such as the Duomo of Brunelleschi. 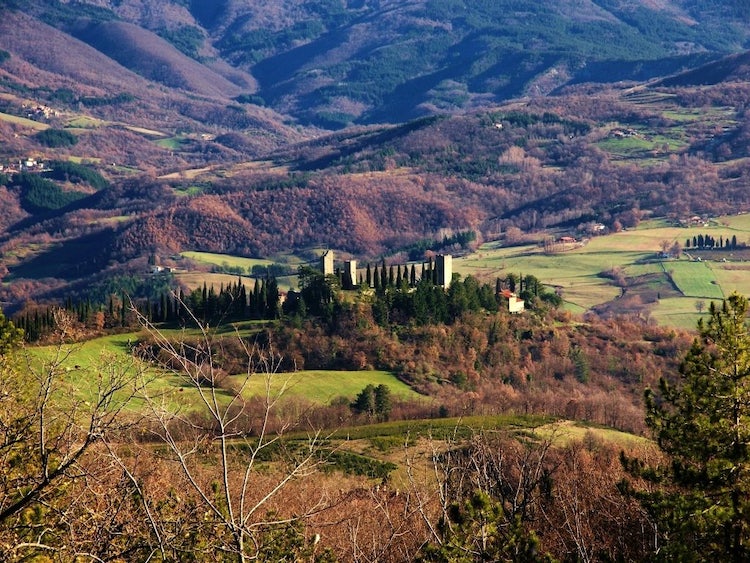 A rather secluded area of Tuscany which is rarely on the tourist map includes the area of Garfagnana and the valley of Serchio. Best characterized for its uncontaminated forests, mountains and valleys this area of is home to immense population of wildlife that resides in Tuscany. The small towns and picturesque hamlets that make up this geographic area have been pushed around since the beginning of time trying to overcome one feud after another but they have still maintained some age old traditions. They are especially rich in flavours of the fall harvest especially chestnuts but also porcini mushrooms and “Scorzone” Truffles. On October you will find a food festival at Castiglione di Garfagnana on the edge of the National Park for the Region of the Apuane Alps which includes a long and delicious list of foods to discover: dishes based on their own particular brand of chestnuts and “necci” or the flour of the chestnuts, porcini mushrooms, Scorzone truffles and “mondine” or roasted chestnuts. There is also the traditional “Fiera del Bestiame” where farmers can parade the animals for awards and recognition. 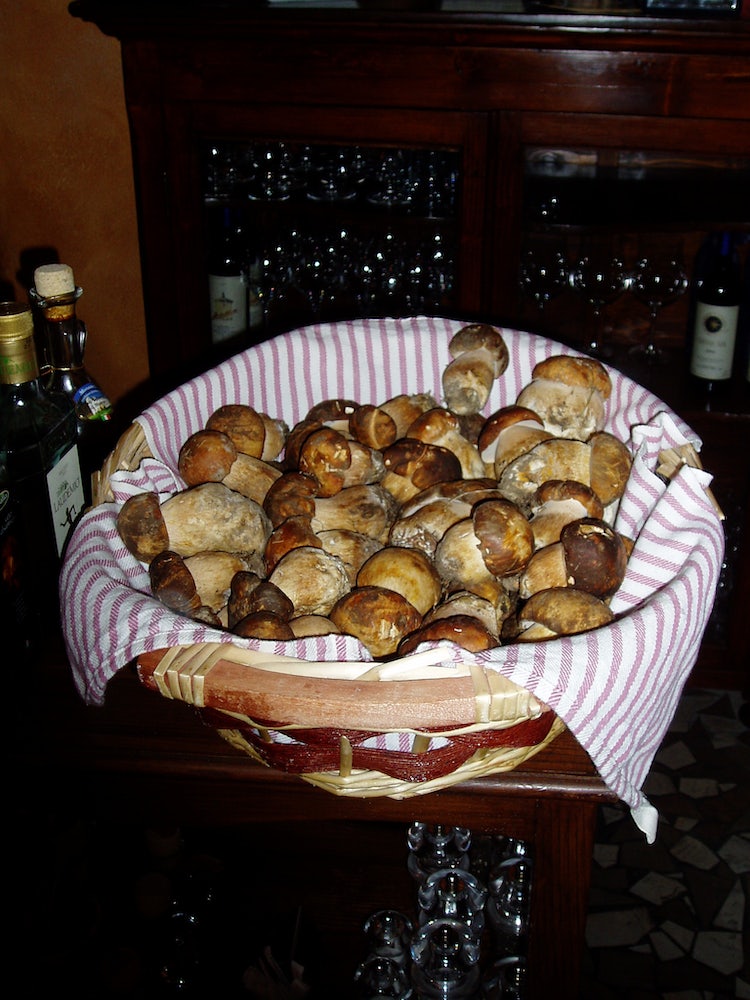 A special initiative for Slow Travel in Tuscany includes tours from Siena in traditional steam locomotives. A perfect way to see how the change of seasons has affected the landscape. Chose on these several appointments to explore the immense territory of south Tuscany as well as the variety in flavours, colors and panorama. From the heights of Mount Amiata, the precious Abbey San Salvatore and the Autumn Fair to the Crete near Asciano and the Festival of Fall and Truffles, this area offers a continuous display of fall foliage and more. There are some appointments via steam locomotive every year that will give you a unique view of the landscape and the possibility to visit several of the Sagras planned on October. They all require reservations and even without the Italian language, these are activities that you can fully enjoy because they are based on visually appreciating the diversity of the area in a slow and romantic manner.

If you are simply wandering the roads then you will want to make sure that the Sagra del Fungo e della Castagna (Mushroom and Chestnut Sagra) in Vivo d'Orcia at Castiglione d’Orcia (generally every second and third weekend in October) is on your list of places to stop and visit. This colorful festival also includes a friendly competition of log cutting, eating and other lumberjack activities . . . and it all takes place in costume. Or between Siena and the coast, in the hills of Val d’Orcia, is the Sagra del Galletto di Camigliano a fun mix of traditional medieval games, roast chicken and fall colors combined with a antique game of druzzola on the first Sunday of October...to be experienced in person for sure.

Plan your itinerary with these events that take...